The First Car Accidents In The World, Explained 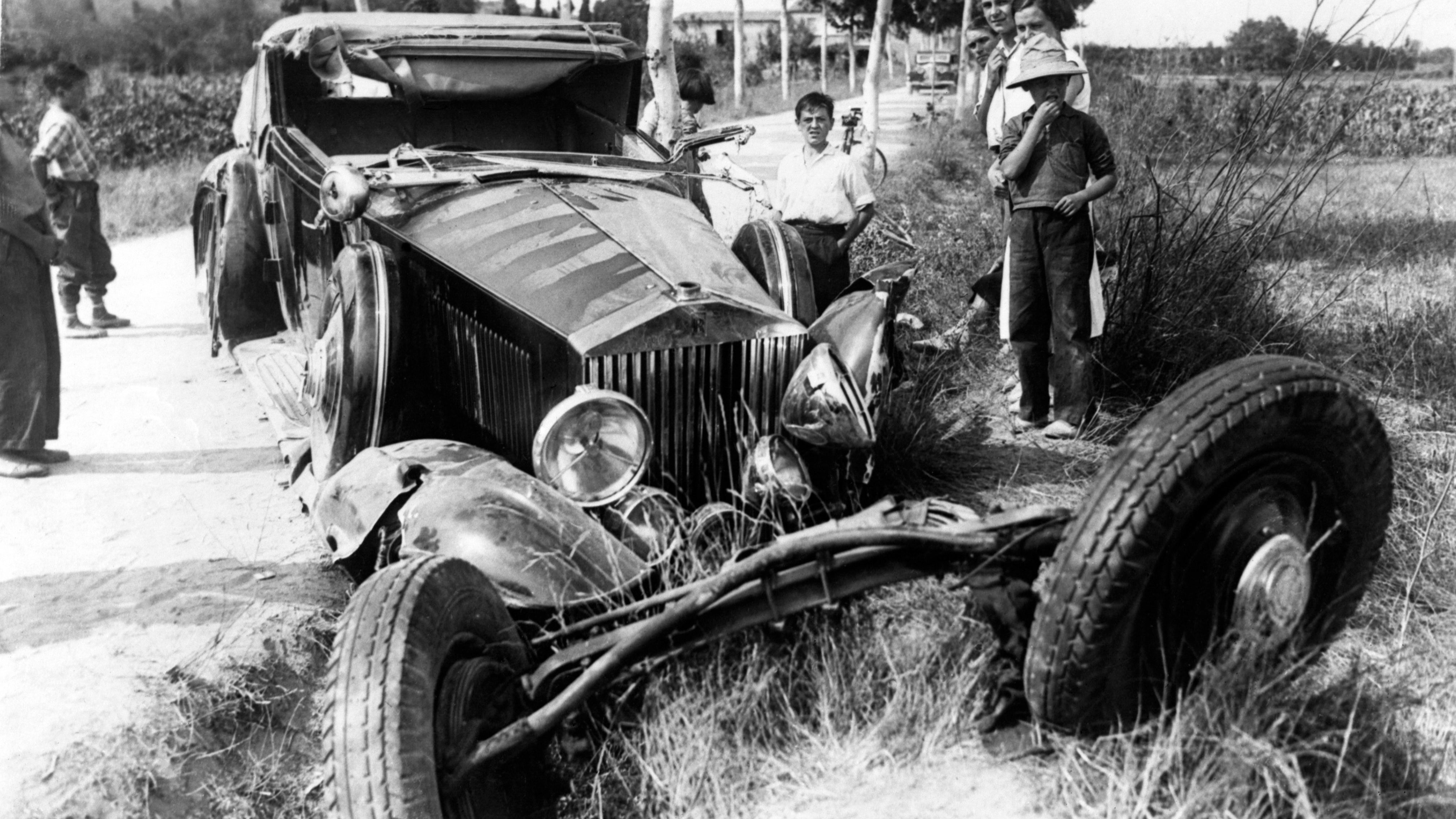 People have been crashing cars for as long as cars have been around. There are plenty of different ‘firsts’ when it comes to car accidents that it can get a little confusing if you try to figure out who the first reckless driver was. We here at Jalopnik recognise the importance of getting the facts straight. That’s why we’ve decided to throw together a brief rundown of some of the most common ‘first’ car accidents that took place around the world.


These are the events that helped change the nature of the automobile. If enough people are killed or enough damage is caused, there’s gonna be some outrage about how the hell we can make these dangerous machines a little safer. Sometimes you just have to learn the hard way.

We’ve covered this strange story before on Jalopnik. While Mary Ward is often considered the first fatality (we’ll get to her), this accident occurred years before her death.

See, back then, cars weren’t necessarily all the combustion engines or electric cars we’ve come to expect from 19th century machinery. Steam vehicles were around for a few decades before Karl Benz introduced his car. They looked pretty funky, but they were essentially the proto-automobile.

A fellow named John Scott Russell whipped up a steam carriage that, uh, exploded. The thing killed four people, and he had to close his business. Yes, his business. There was already a demand for a self-propelled four-wheeled vehicle.

Apparently, it was rumoured to be an act of sabotage. Some anti-car protestors are thought to have piled up a heap of metal in the road, which pierced the steam engine and caused it to explode.

Which brings us to the fatality of scientist Mary Ward. She was out there writing her own books on microscopy because nobody had done so yet. How’s that for badass?

Unfortunately, her career was cut short, and she was doomed to be remembered for the odd nature of her death. Her wonky steam engined vehicle didn’t run over a pile of metal and explode. Instead, they took a corner too fast, and in the era before seat belts, Ward was thrown from the car. She died on impact from a broken neck.

No one is really sure why Mary Ward’s death is considered the first automotive fatality, given the number of people who died in Russell’s steam machine. It might just be the tragedy of the fact that such a notable woman was killed, one who could have been on the brink of some great discoveries

Whatever the case may be, people started deciding that steam engines were probably not the greatest option. And maybe we should start looking into some safety equipment, too.

1891: The First Non-Fatal Crash in a Gasoline Powered Car

Ah, Ohio. We don’t usually consider Ohio City as the home of the automobile (we usually look to Detroit for that distinction), but Cleveland and the surrounding areas were home to some inventive minds back in the day.

One of those was James William Lambert. The inventor played a huge role in the advancement of early automobile development in the late 19th century, responsible for over 600 patents. Not all of them were automotive in nature, but the guy was something of a genius.

So, it makes sense that he’d want to take his newly designed single-cylinder gasoline car out for a cruise to show off his prowess to friend James Swoveland.

Well, absolutely great news for their wonderful drive. Lambert hit a tree root (I’m assuming it was in the road, because I really hope and pray that they weren’t going on any off road excursions already). The car lost control and smashed into a hitching post for horses.

I can’t imagine they were going particularly fast, so Lambert and Swoveland sustained only minor injuries. Not as much can be said for Lambert’s pride.

1896: The First Bicycle vs. Car Showdown Takes Place in NYC

Anyone who lives in a big city has experienced at least one side of the cars vs. bicycles debate. Turns out, it’s one that goes all the way back to the inception of cars.

Back in 1896, Henry Wells was driving a “horseless wagon” in a “horseless wagon race” (because, yes, if it has wheels we will race it). Apparently, Wells was going so fast he lost control of the car and started zig-zagging, the same was you do when you and and another person are walking in opposite directions and come to an impasse trying to decide who’s gonna be the one to move left or right.

Bicyclist Ebeling Thomas was confused. He had no idea where the car was supposed to be going, so he just locked up and waited to see what happened.

Turns out, he got hit. Whoops!

It wasn’t a fatal accident by any means. Thomas had a fractured leg, Wells got arrested for reckless driving, and the rivalry between means of transportation began.

1899: The First Pedestrian Fatality Was at the Hands of an Electric Taxi

Electric cars were a big thing back in the day, believe it or not. They were cleaner, quieter, and less smelly than their IC counterparts, got rid of the hand-crank start, and eliminated the need to change gears. They were, however, still entirely capable of causing a really bad day.

Henry Bliss learned that firsthand. There are a lot of different phrases used in the reports detailing what happened. According to the Smithsonian, Bliss was “fatally hurt”, “struck”, “run over”, and the victim of an “accident”. Getting facts straight back then wasn’t a high priority. Plus, y’know, it would look really bad if these newfangled machines were getting lambasted in the media for being death machines.

This accident set some precedences that would come in handy when automakers started producing consumer cars in the 1920s. Smith was arrested and charged with manslaughter but not convicted, since Bliss’ death was ruled unintentional.