The Biggest Sign Yet That Automation Is Taking Over At Amazon 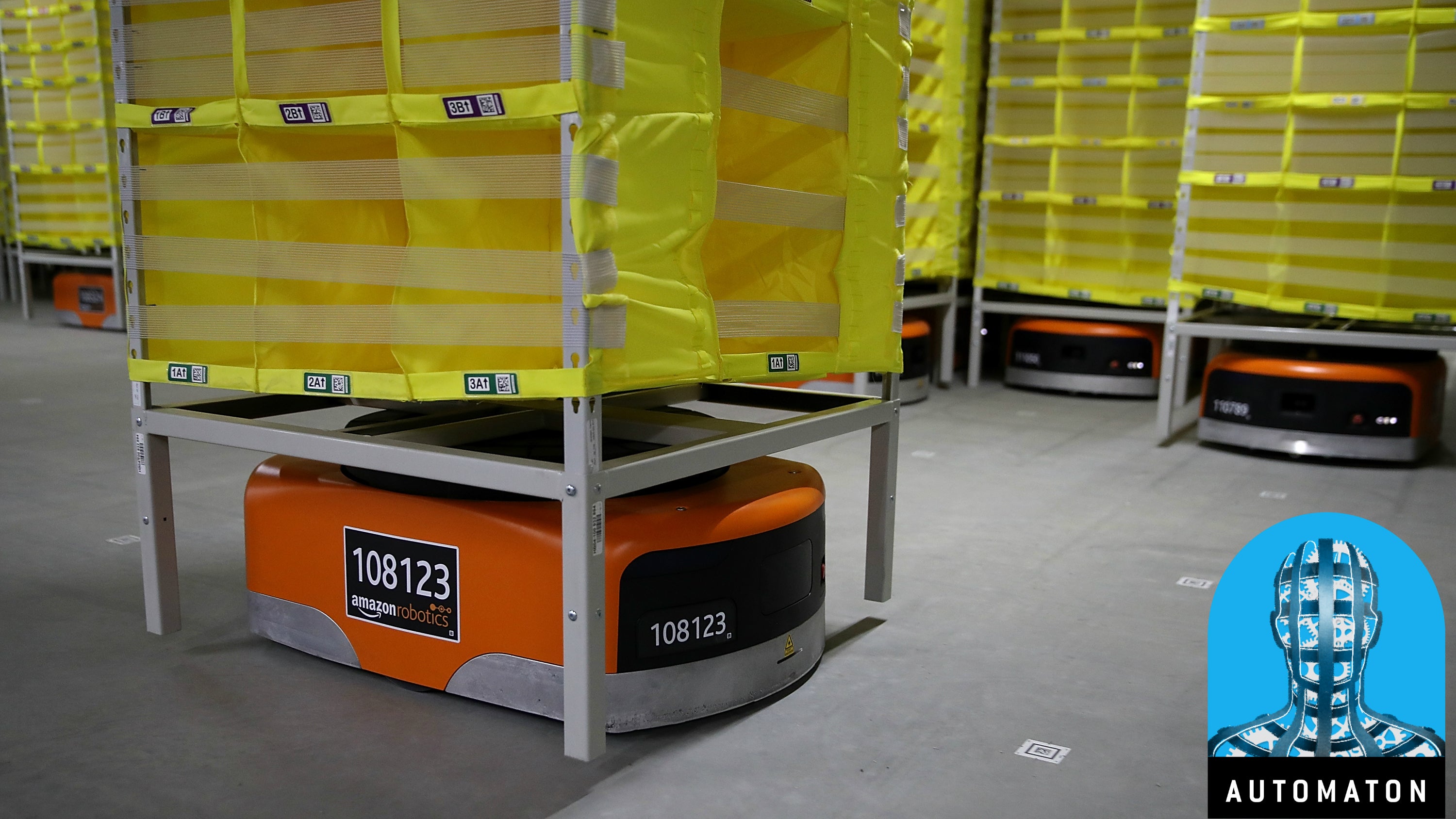 The day after Christmas, Amazon celebrated its own annual holiday tradition: announcing record-breaking sales in a very long press release that affirms its status as the largest retailer in the known universe. As such, Jeff Bezos’s Big Store said that in 2018, it surpassed its own sales records with “More Items Ordered Worldwide Than Ever Before.”

Of course, Amazon announces some version of that milestone just about every year, as it continues to upend brick-and-mortar stores and march into new digital markets around the globe.

What is notable, though, is that this time, Amazon hit its record with fewer seasonal employees than, yes, ever before. As Alison Griswold reported in Quartz at the beginning of the holiday hiring season, Amazon brought on 20,000 fewer part-time workers than in 2017 or 2016. And it still managed to moved more products than any time in its history.

Amazon bought Kiva Systems, a company that built warehouse robots, back in 2012, and has long been integrating automation into its supply chain. It is experimenting with autonomous delivery vehicles.

It even automates its top-tier white collar jobs.

But it’s only now that it looks like the company’s initiatives are poised to seriously impact hiring—the company had been expanding and growing at such a rapid clip (sometimes upwards of 40 per cent revenue per quarter) and so had been hiring (especially in its fulfillment centres) like crazy too.

There was room for both, and Amazon, ever sensitive to claims that it is automating jobs away, stressed that its robotics augmented work, not eliminate it.

In September 2017, the New York Times ran a short documentary about Amazon’s palletizer robots, which the company claimed had not led to any job cuts. “Amazon has preserved job growth at its factories so far,” the Times wrote. “Whether it can continue to do so is a subject of debate.”

A year later, the answer seems to be that it will not. With the company’s growth rates currently expected to slow and to settle in the 20-30 per cent range, and its automation technology maturing, the smart money says we’ll see it chip into job availability.

“We’ve seen an acceleration in the use of robots within their fulfilment centres, and that has corresponded with fewer and fewer workers that they’re hiring around the holidays,” Citi analyst Mark May told CNBC last November.

This was, he said, the “first time on record” that Amazon planned to hire fewer holiday workers than it did the previous year, in the company’s 20-year lifespan.

And it may be a turning point. Just a week after Amazon shared its triumphant but non-specific sales announcements, press coverage resumed of fulfillment center workers’ drive to unionise, citing harsh working conditions, unpaid overtime, and unreasonable expectations. “We are not robots” went the Guardian headline, though it is obvious that many in the upper echelons of Amazon wish they were. In the Guardian story, one worker details said expectations:

“Right now, at that fulfillment center, if an employee is a picker, they want that person to pick up 400 items per hour, picking each item every seven seconds.”

They noted that to keep up with that hourly rate, workers cannot take bathroom breaks or they risk Tot (time off task points) that could be used to justify job termination.

In a statement during the announcement of the union push, picker Rashad Long claimed workers are overworked, pressured with frivolous disciplinary actions, and security lines at the exit cut into breaks and extended work shifts, unpaid.

“We are not robots. We are human beings. We cannot come into work after only four hours of sleep and be expected to be fully energised and ready to work. That’s impossible,” said Long.

It’s almost as if the system were designed so that an entity that actually was a robot could, in fact, do all of those things. Yes, high-volume factory operations often aim to render workers mindless and robotic – the description above tracks with the routines expected of a modern smartphone assembler at Foxconn, say – and often exploit them.

But we know Amazon is at work on a robot that it hopes will do the picking autonomously, though experts interviewed in 2016 documentary Automation: The Future of Jobs said it could be up to five years before it’s ready for deployment.

Whether or not Amazon can get anywhere close to automating those jobs away anytime soon, let’s make no mistake that that is the plan. That Amazon itself apparently assumes it will automate as many of these jobs as possible will dictate to a large degree how it deigns to treat them (which is partly why, perhaps, it saw fit to overwork many to the point of exhaustion, some to death, and perhaps why it had to be badgered by a U.S. senator to pay them a living wage).

The fact that Amazon has slowed seasonal hiring while consumer demand is only rising is a sign they’re getting closer to realising parts of that plan. It means that Amazon may not be the job creator that makes city governments so desperate to lure it to town for too much longer.

It certainly means that those workers who rely on the gigs at the fulfillment center are right to push to organise now. And it’s a rare data point in the automation debate that is pretty unambiguous; where we can clearly see automation’s footprint.

Amazon is by far the largest employer of the major tech companies and the most valuable retailer in the world. Its competition will aim to emulate its moves.

When the Amazon jobs begin to disappear or be degraded, others across the industry will follow suit.