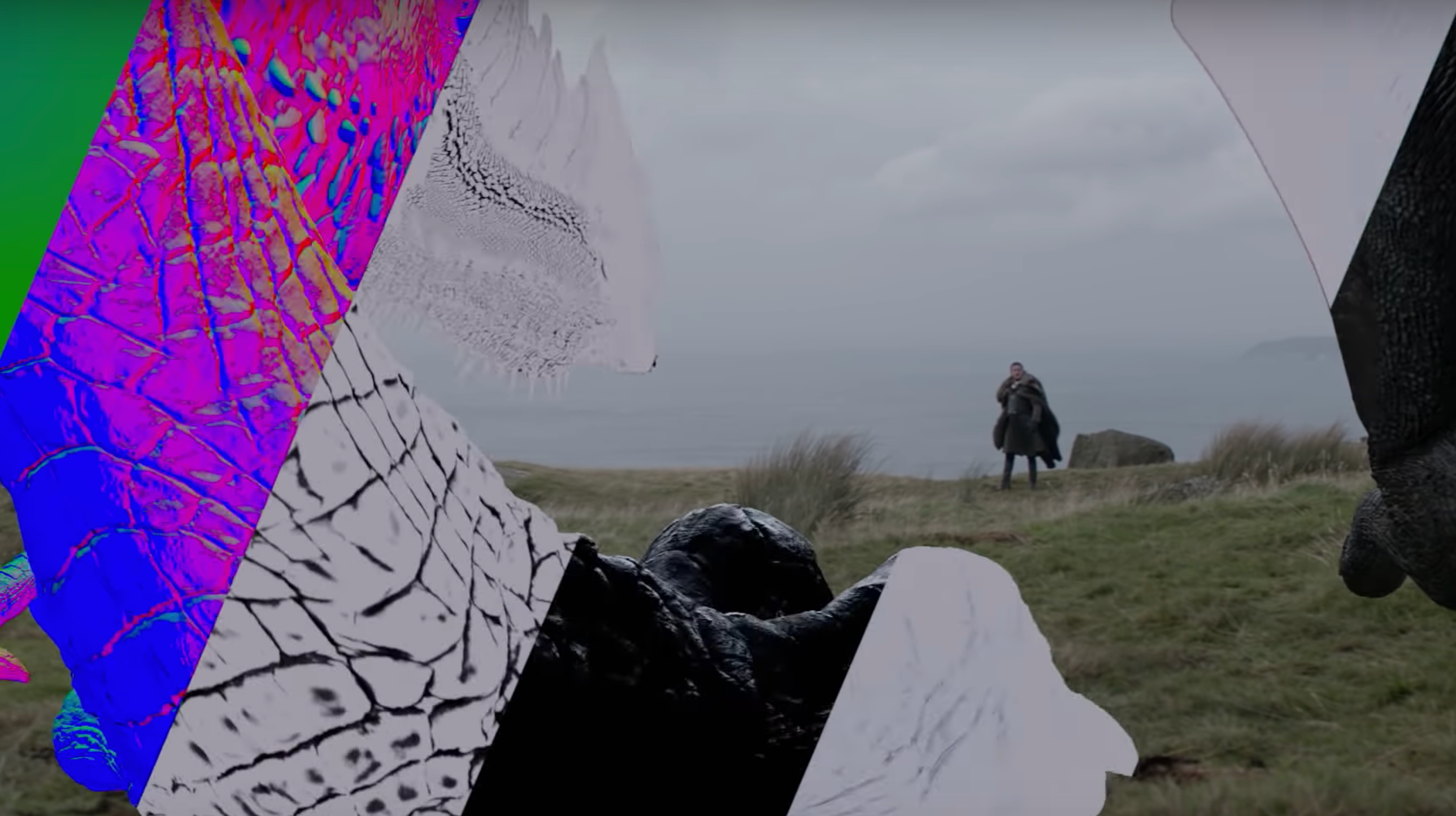 I could totally go for a technicolor dragon. (Image: Pixomondo, <a href="https://www.youtube.com/watch?v=U4mzHzxusz4">YouTube</a>)

We may have just gotten a new look at season eight of Game of Thrones, but we’re still quite a ways off from our return to Winterfell. In the meantime, there’s this exciting VFX video that dives into how Dragonstone and the actual dragons were brought to the small screen last season.

Pixomondo has released a VFX compilation video showcasing the work they did on season seven of Game of Thrones, which includes Dany’s arrival to Dragonstone and Jon Snow getting to know Drogon, Dany’s biggest and baddest dragon. It’s fascinating to see how much is built out of so little. Dany and Tyrion’s boat—which is surrounded by ships, waves, and dragons in the show—was all shot in front of a greenscreen. And Kit Harington was petting a piece of blue rock…not an actual living, breathing dragon. It all really shows how far visual effects have come, and gives us a hint at the digital feats we can expect next season.

There’s also a really cool look at the major zombie scene from the end of season seven, showing how they turned a person into the living dead—complete with green leggings for those moments when he’d been cut in half. Props to the stunt actor, he did some solid work there.

Game of Thrones returns with season 8 sometime in April.