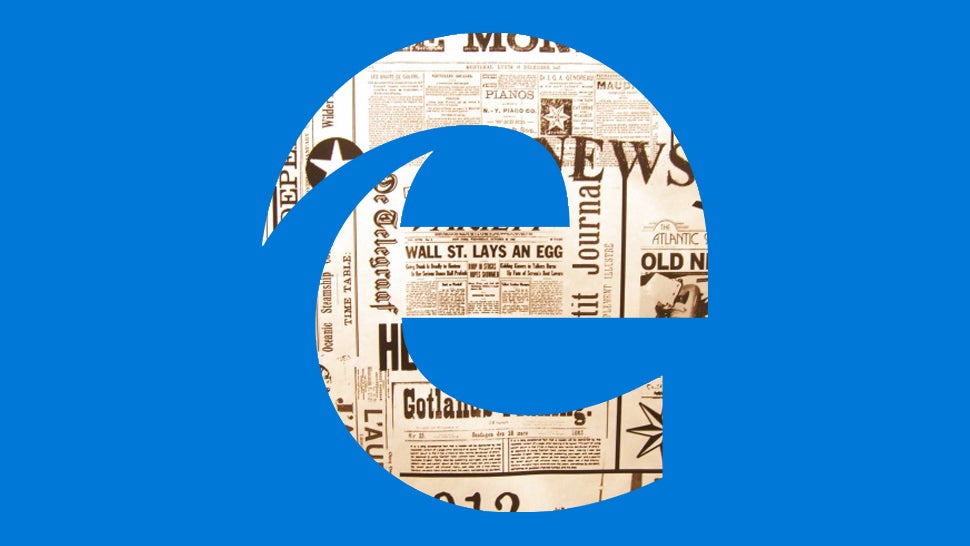 NewsGuard is a startup organisation that aims to evaluate the reliability of news organisations and give web users a quick rating for how much they should trust what they’re reading. As of this week, the company’s plug-in now comes packaged in Microsoft’s mobile Edge browser. It’s a development that everyone should give their close attention.

The update to Edge came with little promotion from Microsoft. The addition of NewsGuard to the mobile browser was first flagged by the Guardian, which pointed out that Edge users now get a warning when visiting the website for the UK tabloid the Daily Mail. “Proceed with caution: this website generally fails to maintain basic standards of accuracy and accountability,” the abbreviated warning reads.

The use of fact checkers to rate news content on the web has become an increasingly popular option for platforms as inaccurate, misleading, and false news continues to plague the inter-webs and cause political trouble for companies that just want to focus on making money. Facebook’s attempts to rate news sites alongside shared links have generally been considered an utter failure, but NewsGuard thinks it can do better.

When promoting its service, it has emphasised that it uses real human beings to perform the evaluations based on a transparent set of nine criteria. In August, it told Wired that it employs “nearly 40 reporters and dozens of freelancers” who are “working their way through 4,500 websites that they say account for 98 per cent of the content shared online.”

Using a desktop browser, you have to install the NewsGuard plug-in, but if you’re part of the small group of people who use the mobile Edge browser it should already be installed in the updated app. For now, it’s an opt-in feature that can be enabled by going to “Settings & News Rating” and toggling on the option for “Display rating on the address bar.”

The rating doesn’t automatically pop-up; it simply shows a little shield icon in the browser bar that’s either green or red — green is good, red is bad. Clicking the icon drops down a short evaluation of the site’s trustworthiness and gives you the option to “See the full Nutritional label.”

This longer evaluation is more detailed than Facebook’s comparable fact-checking program, giving short summaries on what the site covers, who owns it, its overall credibility, and other categories. For example, Gizmodo gets a green rating and the short description says, “This website generally maintains basic standards of accuracy and accountability.” Clicking the Gizmodo nutritional label brings up more information like this:

Further on in the rating, we get dinged for cross-posting an article from our sister-site Splinter to our homepage that calls Donald Trump a serial liar. “Lying involves intentionally stating falsehoods, and that can usually not be proven.” We might push back on who you can or can’t call a liar, but there’s nothing egregious in the evaluation.

Still, the idea of building in a fact-checking program at the browser level is troubling. NewsGuard has an incredibly well-connected team of leaders that includes people like the former publisher of the Wall Street Journal, Louis Gordon Crovitz. Its advisory board includes former CIA director Michael Hayden and George W. Bush’s Secretary of Homeland Security Tom Ridge.

Earlier this month, MintNews did a long dive into the NewsGuard leadership’s uncomfortable ties to neocon think tanks as well as their own history of spreading false information. Crovitz, for example, wrote an op-ed in the Wall Street Journal that falsely claims Xerox PARC labs deserves “full credit” for inventing the internet.

This is an absurd claim designed to advance the argument that private business is where real innovation happens. It’s so absurd that Vint Cerf, one of the fathers of the internet, felt compelled to debunk this nonsense.

All of NewsGuard’s leaders and advisors bring the power to get shit done, as evidenced by this plug-in you’ve probably never heard of suddenly being present in Edge. An opt-in option is no big deal, but there’s no way to say for sure that it won’t become a default mode over time. And even if users simply see the green or red icon, NewsGuard can have an impact. A study by Gallup and the Knight Foundation surveyed 2,000 adults in the U.S., showing them articles with and without NewsGuard’s ratings.

The study concluded readers were most likely to trust articles that included the green icon in the address bar. This intuitive perception of accuracy was being influenced by a very simple design tweak. And the possibility of this becoming part of every browser would make it an extremely powerful organisation. Even if the company is currently the most open, transparent, and accurate fact checking source on the planet, that could all change down the line.

We sent several questions to NewsGuard but did not receive an immediate reply and we’ll update this post when we do. Above all, we want to know if there has been any discussion about turning NewsGuard on by default in Edge rather than making it opt-in.

We also want to know how the company’s business model works. NewsGuard’s website includes lots of explanation for why you should trust the service but it’s unclear how it intends to make a profit. Its leadership told Wired they hope “the tech companies that already dictate much of the world’s information diet will licence their nutrition labels in some form.”

I’m not totally sure what that means, but they also said they envision licensing the ratings list to advertisers to help them build a white list of sites that are safe to place ads. Again, that’s an enormous amount of power.

It’s also unclear exactly what NewsGuard will do with the data it collects. Its privacy page goes to great lengths to assure users that no personally identifiable information is being automatically collected. But it also collects a litany of device information that could be valuable and it only stipulates that it does not share “even the anonymous information with any outside party for the purpose of advertising sales.” What about for non-advertising purposes?

For all the good a simple warning or endorsement could do in helping people parse the news, many people just don’t want to hear the message.