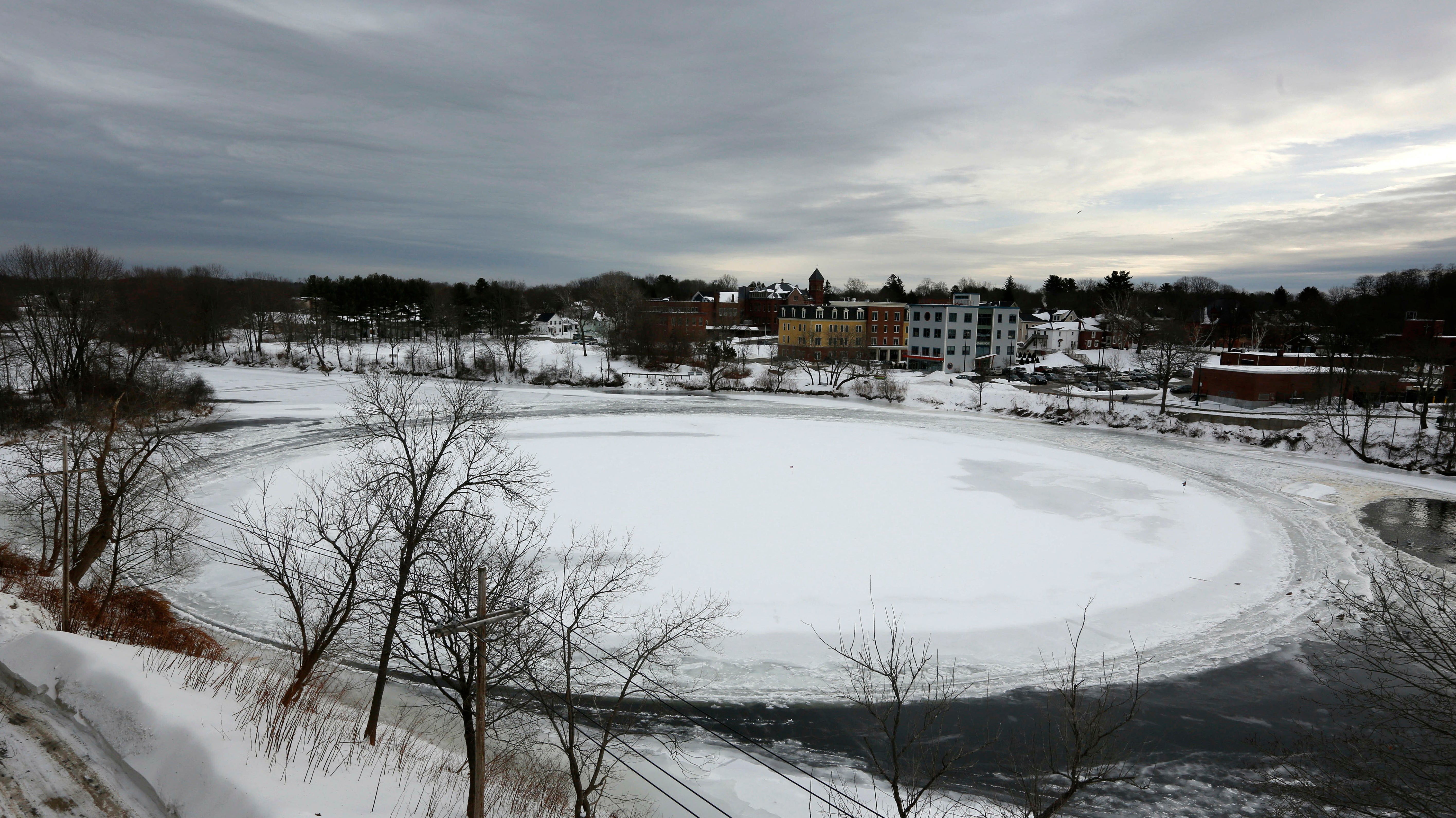 We have evidently reached the vandalism stage of the public’s fascination with Maine’s 91m-wide ice disk.


The massive ice structure presently drawing curious onlookers to its location in the Presumpscot River in the Westbrook suburb of Portland apparently piqued the interest of one New Jersey man on a mission. CBS-affiliate WGME reported that on Thursday local time Christopher Angulo attempted to carve a massive peace sign into the face of the circular ice formation.

Westbrook marketing and communications manager Tina Radel told Gizmodo by email that Angulo used a “used a chainsaw and pickaxe to cut chunks out of it and told some reporters he wanted to carve a peace sign”. Video of this is… something.

“I don’t think he cracked it. The chunk he cut looked to be about 8 inches [20cm] thick or so,” Radel added. While the disk previously spun, Radel said it’s since stopped “due to ice buildup around the banks”.

These formations are not necessarily unusual, but this particular ice disk is drawing attention for its exceptionally large size. Kenneth Libbrecht, a professor of physics at the California Institute of Technology, told The New York Times that the disk “might be a world-record size, if anybody were keeping track”.

Have you heard about the #IceDisk in Maine? A person is currently on the disk with an axe. pic.twitter.com/jRYX9PRNbN

Tomfoolery aside, the disc presents a unique opportunity for some researchers. Chris Horvat, a researcher at Brown University who studies the relationship between climate and sea ice, set up a live cam of the disc in order to monitor its evolution.

“We’re interested in seeing how individual pieces of sea ice, which are called floes, evolve — and it’s hard to do,” he said in a statement about the research.

Angulo, meanwhile, said he hopes to get the disk spinning again — a feat a paddleboarder was temporarily able to pull off last week. (You may by now be wondering whether taking a chainsaw to a massive disk of ice currently lodged in the Presumpscot River is a crime; according to the Associated Press, it is not.)

Asked whether Angulo could potentially crack through the thing with his chainsaw, Horvat said in a statement there’s little chance of that happening.

“Not enough to do anything that would stop it from doing what it wants,” he said. “So no fear. Ice is a ton for every square meter. That piece of ice may be up to a thousand tons!”