Happy Birthday To The Apple Macintosh 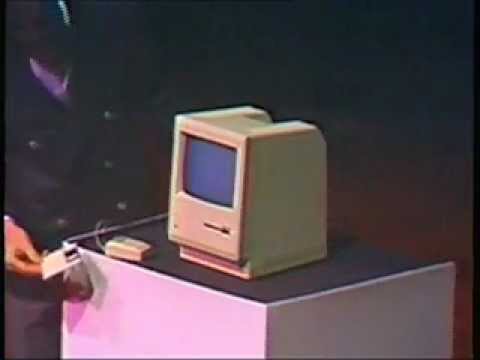 It’s hard to believe but it’s been 35 years since Steve Jobs revealed the first Apple Macintosh – the Macintosh 128K. Since then, the PC world has undergone many changes with new form factors, and faster and faster systems with more capacious memory and storage.

Launched to the theme from Chariots of Fire, Jobs didn’t quite have the same level of gravitas and charisma his later keynote presentations were renowned for but the computer stole the show, doing things many other systems of the time couldn’t get close to.

35 years ago, Macintosh said hello. It changed the way we think about computers and went on to change the world. We love the Mac, and today we’re proud that more people than ever are using it to follow their passions and create the future. pic.twitter.com/oUQDJN3jRU

It really doesn’t matter if you’re a Mac fan or prefer Windows, Linux or some other OS. The personal computer business was just kicking off in the 1980s and Apple was the industry’s darling. And while that changed just a few years later and Apple almost ceased to exist and the Macintosh was almost relegated to the history books.

So, happy birthday to the Macintosh, which gave rise to an entire generation of computers and was probably the first mass-market all-in-one computer. It changed what we expected computers to look like and how they could be used, moving them from a corporate workhorse to a true home computer.