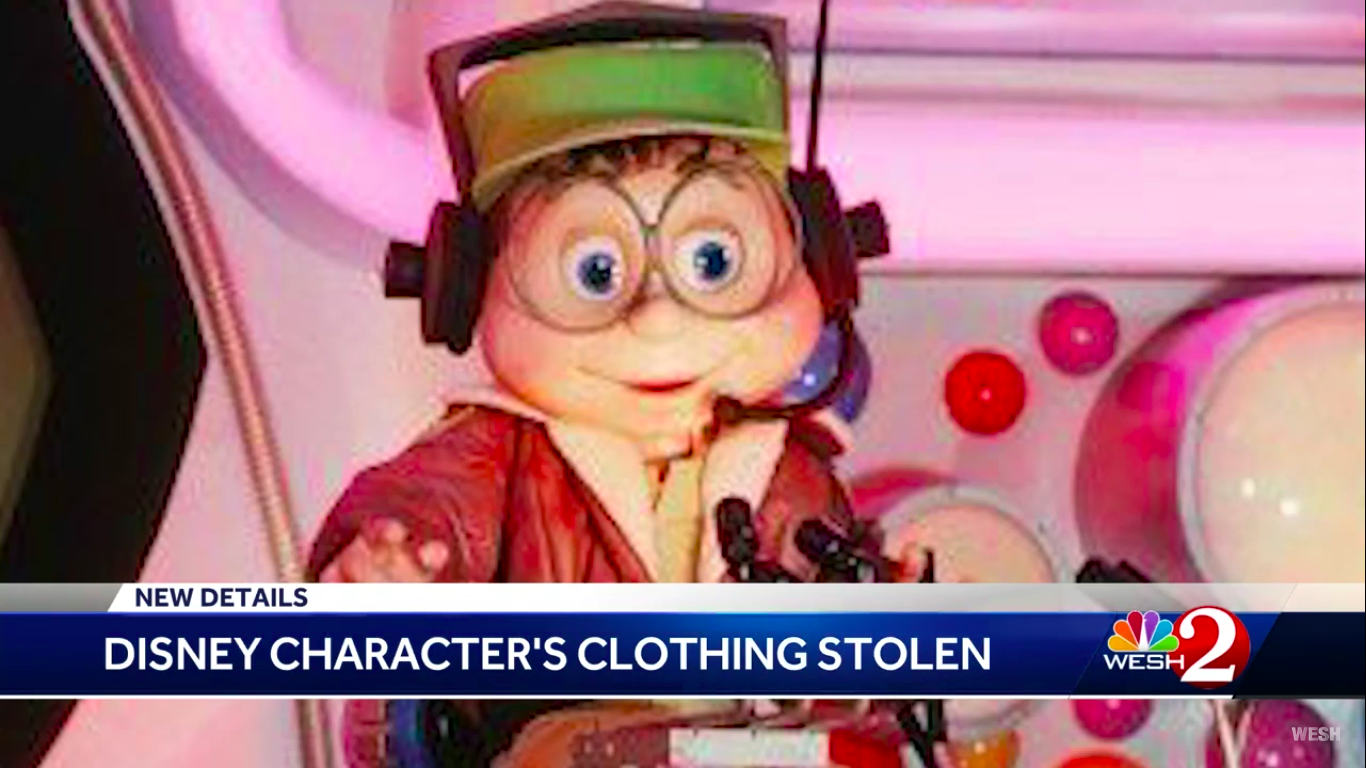 Many hardcore Walt Disney World fans were heartbroken over the holiday season as reports spread about the theft of a retired audio-animatronic character who once brought joy to millions as a part of an Epcot attraction.

“Buzzy” was the star of Cranium Command, in which he guided a boy though life from a control center inside the child’s brain. The attraction opened in the Wonders of Life pavilion in 1989 and closed on January 1, 2007. Since then, the attraction has been left vacant — for the most part.

On December 21, an active member of DisTwitter (Twitter’s Disney fan community) who goes by the handle DreamFinderGuy was among the first to report that something had happened to Buzzy.

Initial rumours suggested that the entire Buzzy robot had been kidnapped. But an incident report from August soon surfaced, stating that an “unknown subject entered the backstage area of the Wonders of Life” exhibit between August 1 and August 8, 2018, and “removed custom clothing that adorned the retired character ‘Buzzy’.”

But it apparently wasn’t just clothing. In addition to “a green military style cape” and “a red bomber jacket” the person allegedly also stole “a pair of custom made rubbers hands,” like a true monster.

The narrative written by then-Walt Disney Detective Dante Candelaria, says that Walt Disney World did not give anyone permission to take the items and that the building is often used by third-party vendors. Candelaria did not respond to a Gizmodo request for comment.

The report also points out that “the items are a part of Walt Disney World history and hold a value on the black market for collectors.”

“There’s a huge market for Disney collectors to get props or items from any attraction,” DreamFinderGuy told Gizmodo. “Some people would want to steal such things in order to flip them for a profit, ignoring the whole legal issue. Other collectors would be fine with paying a premium for the stolen goods just to say they own a piece of history.”

After DreamFinderGuy first shared the sad news with DisTwitter, the community launched a #FindBuzzy hashtag campaign, resulting in hundreds of tweets bringing attention to the mystery.

Why so much hand-wringing over this D-list Disney audio-animatronic celebrity?

“Many people, including myself, have been fans of the attraction for a long while, and have followed the story of its history as it has developed,” DreamFinderGuy explained to Gizmodo. “The sudden news of a major piece of the show being removed comes as a shock to many, especially with the added piece of information that he might’ve been stolen. Others view it as a major flaw in Disney’s security, thinking that if someone could get in with the tools necessary to take him out, as well as being able to successfully remove him from the building without anyone noticing, anyone could do anything back there. The story has spread and continued to develop, with rumours flying everywhere.”

Walt Disney World did not immediately respond to a request for comment on the reported theft or their security.

A second related Orange County Sheriff’s Office incident report from late December states that a suspect in the grand theft case voluntarily met with law enforcement officers. When the man tried to leave, an officer said he would keep the suspect’s phone. The suspect then reportedly grabbed his phone and was soon detained and charged with resisting arrest. He has not been charged with theft.

A representative for the Sheriff’s Office told Gizmodo that the investigation remains active and open.