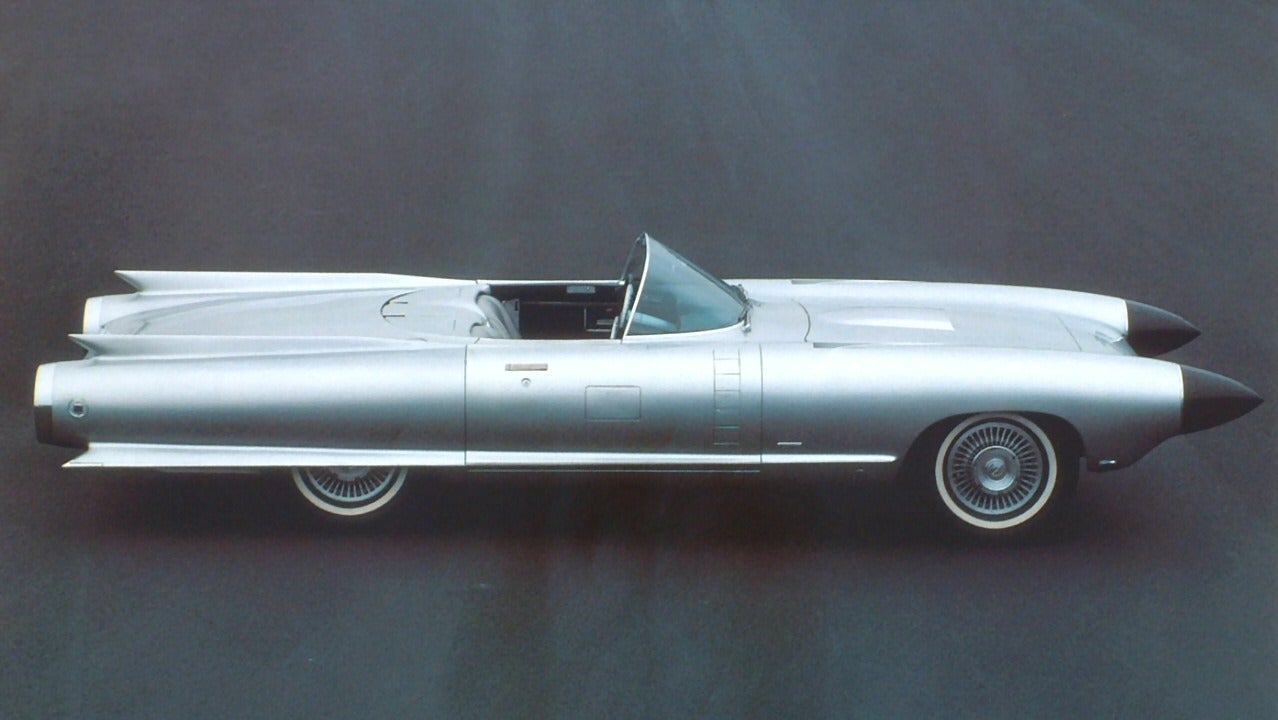 Collision warning systems have been one of the selling points of cars in recent times. Being able to detect an accident before it happens and be able to react is kind of neat and can be potentially life saving. But did you know that Cadillac had a radar-based collision warning system way back in 1959?

The Cyclone was one of Cadillac’s incredible protoypes, this one debuting at the pre-race 1959 Daytona 500 festivities. It was designed by Harley Earl (although it looks like it could have been proposed by NASA) and proved to be a car that marked the end of Earl’s era, a career that had started for him in 1926.

It’s an incredible car to look at. Its Jetson-like bubble on top is a pretty incredible feature on a car that looks half like a space ship and half like it could hold its own on the roads of the early 60s, a testament to the forward-thinking of designers in the era. The damn thing could even flip up to let folks out and then disappear into the trunk if you were going for a more subtle look. And, just so you were extra safe, the top of the bubble was coated in vaporized silver to deflect the sun’s rays, so you wouldn’t be cooking on your Sunday cruise.

Just to make things more modern, all you had to do to open the doors was push a button—at which point they’d jut out and slide over the outside bodywork. Among its other features, it had a front-mounted 390 cubic inch V8 engine that produced 325 horsepower, an all-wheel independent transaxle, and a unique engine exhaust that was ported out ahead of the front wheels.

But the thing that made this car most notable were those two black points on the front fenders of the car, which housed the radars that were purported to scan the roads in front of the car. If there was any disturbance that could cause an accident, it would report that electronically to the driver.

The technology then was obviously not as advanced as it is today. Unlike modern cars, the Cyclone’s radar system wasn’t tied to the brake system, so it didn’t do any braking for you—it just let you know that you, the driver, should brake. Still, that was some pretty damn exciting stuff for the late 1950s.

The Cyclone was a prototype and never made it out for production, but that was kind of ok; Earl was using it as a way to cram as much new tech into a car as he could to test out the boundaries of what traditionally defined the automobile.

And while that technology may not have directly affected collision tech today, it’s still pretty damn neat to see that it was an idea in the works even back before my parents were born.