A Man O’ War ‘Epidemic’ Is Sweeping Australian Beaches, And It Won’t Be The Last

Yessenia Funes on Earther, shared by Cheryl Eddy to io9 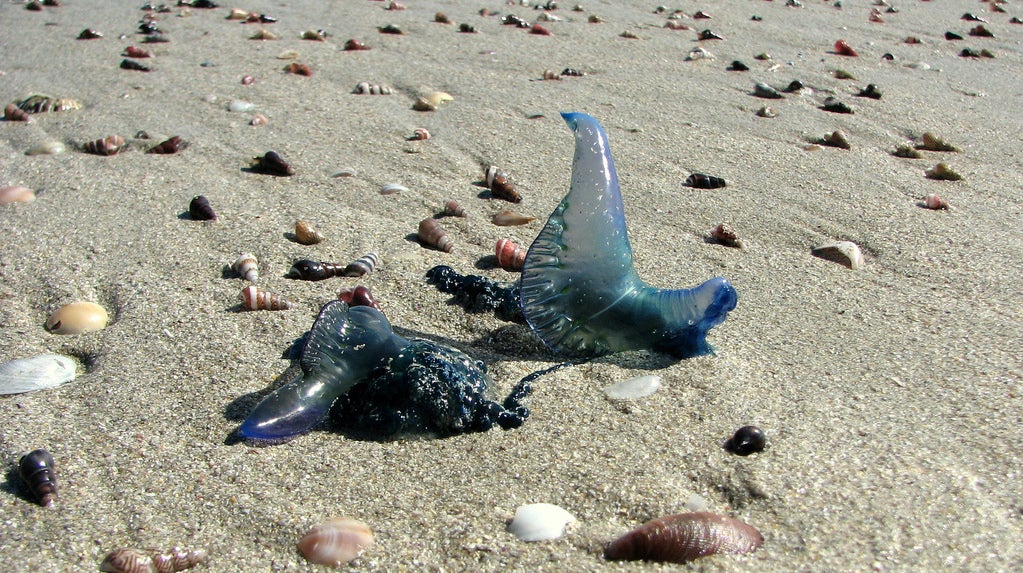 Jellyfish and their relatives are taking over, man. Over the weekend, things got real weird off the coast of Queensland, Australia, where more than 2,600 people received treatment for stings from bluebottles, also known as the Indo-Pacific Portuguese man o’ war. These colonial critters have caused some 13,000 stings in the past week, reports the BBC.

Describing it as an “epidemic,” experts told the BBC powerful winds and heat brought these critters to shore. Which checks out, seeing as Australia has been dealing with some record-breaking heat lately. But it brings us to a bigger question: What’s climate change gonna do to these animals?

“That’s kind of the $US64,000 [$89,839] question,” Paul Bologna, a biology professor at Montclair State University who studies jellies, told Gizmodo.

Bluebottles are a type of colonial siphonophore. They’re not jellyfish but fall within the same broader lineage. We don’t know a ton about that lineage, including true jellyfish, as scientists are still answering basic questions about their reproductive cycles and historical abundances. But one thing we do know is that jellies thrive in low-oxygen conditions. Unfortunately, those conditions are becoming more prevalent as we spew greenhouse gases that warm the planet and, in turn, the oceans, because warmer water holds less oxygen.

We also pollute the shit out of our waterways with fertiliser, which can reduce oxygen even further.

All of this makes life easier for jellies. And humans can give these critters a boost in other ways too, including through our infrastructure. From oil rigs to offshore wind turbines, colonies of jelly young, called polyps, can thrive here.

“All this is a platform for the jellyfish,” Bologna told Earther.

Outbreaks or blooms of jellies aren’t not just bad for beachgoers—and the local tourism industries that depend on them—but for fisheries that jellyfish and their relatives can deplete by eating fish eggs, larvae, and the shrimp and krill the fish need to survive. This is true across hatcheries outside of fisheries, too. And these impacts can trickle beyond the local ecosystem, Bologna said.

Climate change may exacerbate this all, but only time will tell. Until then, maybe we can learn to eat the abundance of jellies we’re already seeing.