Working At Tesla Means Being In An ‘Abusive Relationship’ With Elon Musk: Report What separates Tesla, at least according to the marketing copy, from every other car company is this: It’s not driven by a desire for profit, but by a mission to save the planet from climate change by electrifying our cars. But what’s it like to live that mission every day if you’re a rank-and-file Tesla worker, or even an executive who reports to Elon Musk? The answer is apparently not great, and it’s gotten even worse over the past year.


This comes to us from a hand grenade of a story in Wired written by Charles Duhigg, a member of the New York Times team that won a Pulitzer Prize in 2013 for reporting on Apple. I mention this simply because it’s a huge cut above the usual gossip and conjecture around Musk and Tesla. More than that, it substantiates a lot of what we’ve heard and even reported on with Tesla—the random firings, the insane pressure, the tweets, the mood swings, the exodus of longtime employees who were once able to rein in their boss—and fills in many gaps around those events.

(For the record, Tesla’s spokespeople vehemently denied aspects of the Wired article, saying it lacked context in some places and was “overly dramatized.” They also insisted Musk cares very much about his people. We’ve reached out to Tesla to see if they have a rebuttal to this story, and will add one if we get it.)

After all, Musk has had a hell of a year, by his own admission. The company got Model 3 production up to what seems to be a sustainable target. It posted a healthy profit in Q3. It seems more poised than ever to succeed and thrive into the future. And as we ourselves can attest to, the cars themselves are excellent to drive. 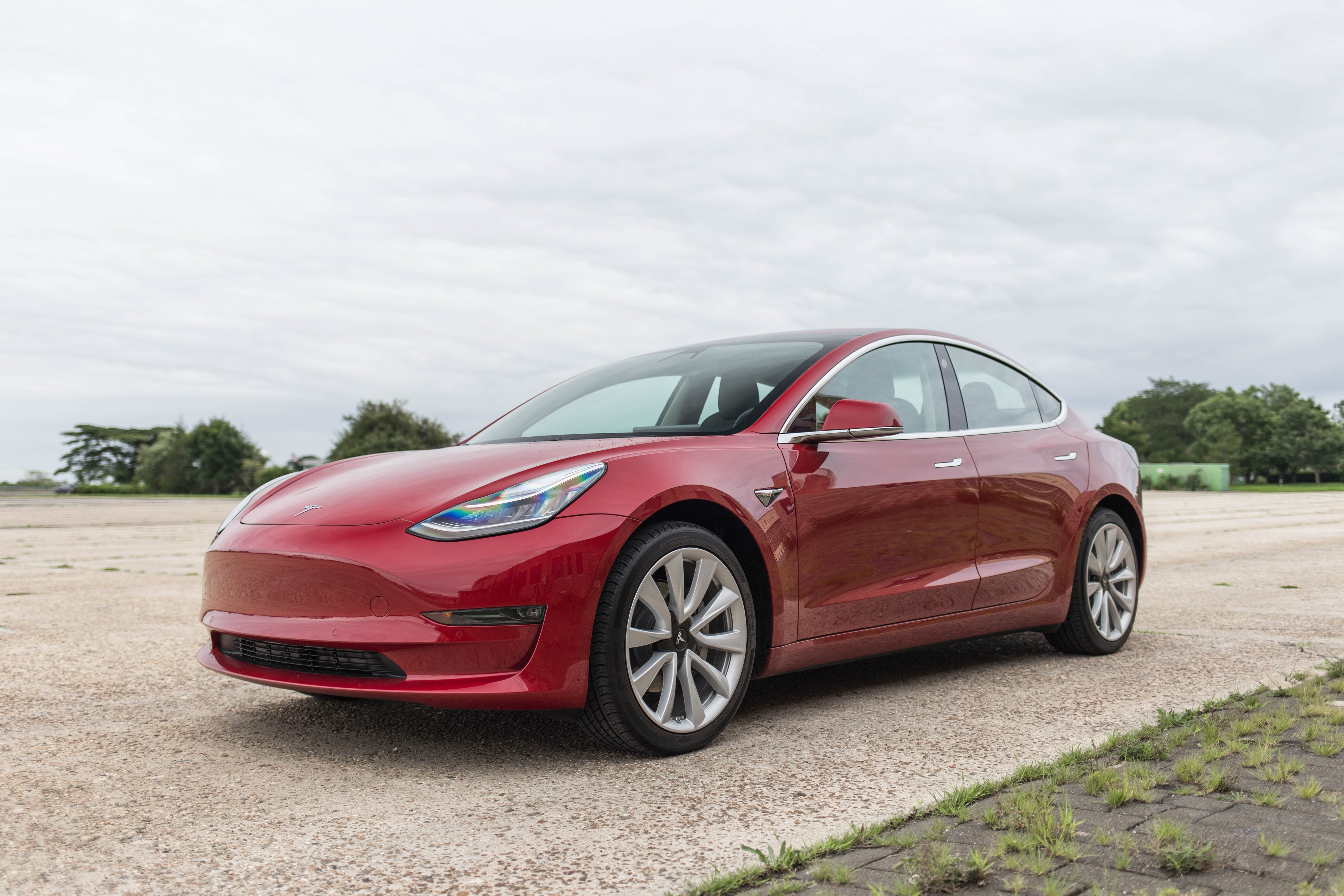 There is no denying the 2018 Tesla Model 3's importance. It is intended to be Tesla’s volume-seller, the car that will hopefully make luxury electric cars more accessible to more people, especially when the long-promised $US35,000 ($48,413) version hits the market. It is the key to Tesla’s future, the source of many of its struggles this year, and an EV—hell, a car, period—truly unlike any other.

But at the same time, it faced one disaster after another, often from Musk himself—calling a cave rescue diver in Thailand a “pedo”, tweeting he had “funding secured” to take the company private and starting a spat with the Securities and Exchange Commission that cost him his chairmanship, whatever that thing was with Azealia Banks and Grimes, tearful interviews about the pressures of the job, and so on.

That’s Musk, though. What’s it like for the people who work for him?

Not good, according to Wired. The story indicates that, like any Silicon Valley startup, Tesla has always been a tough place to work, but things really went to hell with the Model 3.

Over the past six months I’ve communicated with dozens of current and former Tesla employees, from nearly every division. They describe a thrilling and tumultuous workplace, where talented engineers and designers have done some of their proudest work but where, as one former executive put it, “everyone in Tesla is in an abusive relationship with Elon.”

Of course, nobody expects launching a car company—especially a groundbreaking electric one—from basically scratch to be an easy, laid-back, touchy-feely job where your boss is there to hold your hand, pat your head and tell you what a special boy or girl you are. Working at Tesla is probably very hard because it has to be very hard, for all the company is doing.

But some of this stuff goes beyond reason, and shows that if Musk is indeed a megalomaniac, people are suffering for it.

Here’s the story of one young engineer’s first meeting with Musk, who asked for his help to solve a problem:

The engineer was taken aback. He had never met Musk before. Musk didn’t even know the engineer’s name. The young man wasn’t certain what, exactly, Musk was asking him, or why he sounded so angry.

“You mean, program the robot?” the engineer said. “Or design that tool?”

“Did you fucking do this?” Musk asked him.

“I’m not sure what you’re referring to?” the engineer replied apologetically.

“You’re a fucking idiot!” Musk shouted back. “Get the fuck out and don’t come back!”

The young engineer climbed over a low safety barrier and walked away. He was bewildered by what had just happened. The entire conversation had lasted less than a minute. A few moments later, his manager came over to say that he had been fired on Musk’s orders, according to two people with knowledge of the situation.

Or how he’s terrified of smells (and don’t wear cologne or perfume if you interview there, FYI):

Musk, though, had other concerns. “What’s that smell?” he asked. Everyone went silent. They knew Musk was so sensitive to odours that job candidates were told not to wear cologne or perfume when they met him. They had seen him become upset over small issues like this, had observed him attack executives for their incompetence and inabilities. One person explained that there were vats of liquid silicon nearby. When heated, it sometimes smelled like burning plastic.

Or that you don’t miss calls even on parenting leave:

At one meeting Musk, agitated, broke a phone. During another, he noticed that an executive was missing and called him. The man’s wife had recently given birth, and he explained that he was taking time off as she recuperated. Musk was angry. At a minimum, you should be on phone calls, Musk told the man. Having a kid doesn’t prevent you from being on the phone.

Or that his ill-fated plan to automate everything and have robots do more than they’ve ever done before to build cars was inspired by a dream, which employees were then ordered to execute, despite being well aware it was impossible:

He wanted to start production in July 2017, almost four months ahead of plan. Musk was excited by a particular notion: He had recently had a dream, people in the room recall him saying, in which he had seen the factory of the future, a fully automated manufacturing plant where robots built everything at high speed and parts moved along conveyor belts that delivered each piece, just in time, to exactly the right place. He said he had been working on such ideas for a while. “This thing will be an unstoppable alien dreadnought,” he told his colleagues, causing some of them to pull out their phones and Google the phrase.

Which led to a lack of any critical voices in any room to check Musk’s hubris:

Some executives began excluding sceptics out of self-preservation. “If you were the kind of person who was likely to push back, you got disinvited, because VPs didn’t want anyone pissing off Elon,” one former executive who reported to Musk told me. “People were scared that someone would question something.”

And then this, from earlier this year:

Soon, according to various sources, there were 19 people directly reporting to Musk and another 11 executives who did not have superiors. (Tesla disputes those numbers.) Musk had enormous oversight responsibilities, particularly as he was running other companies at the same time. “It felt like the adults were leaving the building,” one senior finance person told me. “There was really no one left who could push back on Elon anymore.”

Or this inspiring bit:

“Everyone came to work each day wondering if that was going to be their last day,” another former executive told me. A previous employee remembered Musk saying that Tesla’s goal was to save the world. “He would get really emotional,” this person told me—and that’s why he sometimes seemed callous, “because what’s one person’s feelings compared to the fate of billions? Elon cares a lot about humanity, but he doesn’t really care about individual people all that much.” (A Tesla spokesperson said Musk “very much cares about individual people.”)

There are too many bonkers anecdotes in this story to recount here, so it’s definitely worth a read in full. Yet it’s that last paragraph up above that really gets to me. We already know Tesla has issues with worker treatment and is probably engaged in union-busting.

Again, Musk’s grand vision is to rescue civilisation from its very real and looming climate disaster by fast-tracking electric cars. It just seems like things have to be very, very shitty for the actual people making that happen in the meantime.

But, again, it’s all worth it since Tesla is the one company out to save the planet from climate disaster, right?

“He went from nerd famous to Hollywood famous,” said a former longtime executive. “It changes you when you suddenly become a celebrity.” Musk bought five different mansions in one Bel Air neighbourhood, at a total cost of $US72 ($100) million. One was a ranch-style house with 16,251 square feet and a screening room for video games.