What Existed Before The Big Bang? 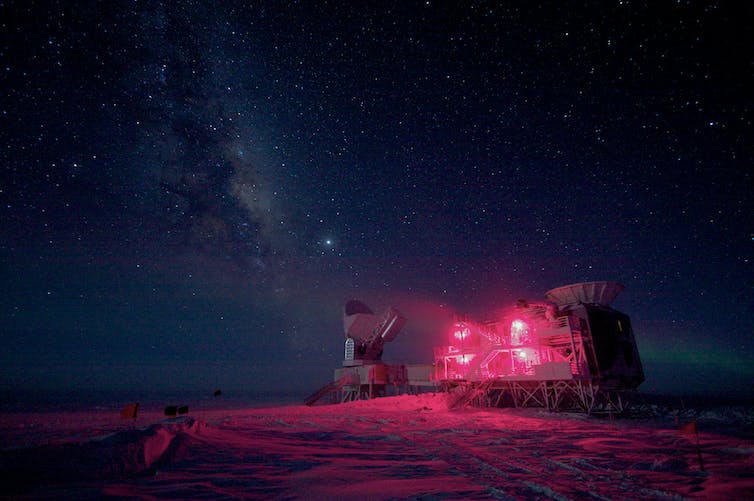 What existed before the big bang? Did something have to be be there in order to go boom?

To be truthful, we’re not sure what was before the Big Bang. The whole idea of “before” is not as simple as it sounds – as we’ll soon discover.

But before we get into a total head spin of answering your great question, let’s step all the way back to the beginning of our Universe nearly 14 billion years ago.

A quick recap on the beginning

The Big Bang wasn’t actually a bang. It was not an explosion of metal shards, like in a firework, nor any material; but the rapid expansion of space itself.

At the start, the Universe was infinitely small. Everything around us – the stuff that makes up the galaxies, stars, planets, me and you – was all squished together, creating what is known as a singularity. A singularity has been defined as “a point in space-time where the laws of physics as we know them break down.”

For whatever reason, this singularity rapidly expanded into the Universe we now call home.

After this rapid expansion, our Universe started to cool down – leaving a pattern on the Universe known as the Cosmic Microwave Background.

So if the Big Bang caused the Cosmic Microwave Background, did something else cause the Big Bang?

The time before time?

Your question is nailing an important idea in physics, which we call causality.

In the world we observe around us, all effects must have a cause. Take, for example, a fallen tree. Maybe a vicious storm knocked the tree down. Or maybe it was cut down by a chainsaw-weilding madman.

But if you were to zoom down into the quantum world of atoms (the tiny building blocks of everything), you would notice something very different. In this quantum world, effects can occur without any cause whatsoever.

Long ago in the distant past, our entire Universe was microscopic – just like an atom. Since some effects in the microscopic world do not require causes, it is possible that there was no cause to start off the Big Bang!

And things can get even weirder. It is also possible that time did not exist before the Big Bang. So it may not make any sense to ask what happened “before”. It would be like asking “What part of Earth is north of the North Pole?”. The North Pole is the most northern point on Earth, and so there is nowhere north of it.

But what if something was there before the Big Bang happened?

Some scientists suggest our Universe is the recycled result of another Universe dying and collapsing in on itself. This is known as “the Big Bounce”. This collapsing Universe would meet back to a singularity before bouncing back out, causing the Big Bang and starting off a brand new universe.

In that case, gravity would not only need to stop the Universe from stretching, but bring everything within it back to one single point. Unfortunately, current observations show us that our Universe won’t follow this trend, as it’s stretching out faster than ever before.

Or maybe our Universe bubbled out of an even bigger universe! The Cosmic Microwave Background image earlier on shows the leftover radiation isn’t the same all over, but has lumps and bumps concentrated in certain areas. Some cosmologists – people who research how our Universe started – suggest our Universe is one of many universes in the grand multiverse.

The fact is, we don’t really know for sure what started the Big Bang. Maybe you’ll be the very person to answer your question. If you find out, can we please be the first to know?