Drawing A Lotus F1 Car For A Magazine Article Isn’t As... 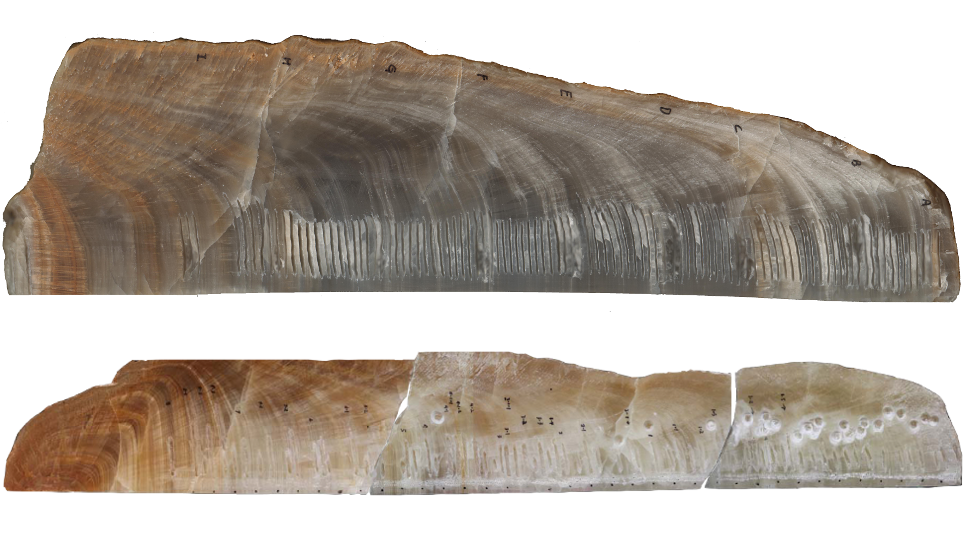 Since its inception in the 1950s, radiocarbon dating has proven indispensable to archaeologists and climate scientists, who rely on the technique to accurately date organic compounds. But a good thing just got better, owing to the discovery of two stalagmites in a Chinese cave containing a seamless chronological atmospheric record dating back to the last Ice Age.

An unbroken, high-resolution record of atmospheric carbon-12 and carbon-14 was found in a pair of stalagmites located within Hulu Cave near Nanjing, China, according to new research published today in Science.

Because this record extends back to the last glacial period, to around 54,000 years ago, scientists are now equipped with a more accurate standard for use in radiocarbon calibration.

There’s no question that radiocarbon dating has revolutionised archaeology. Armed with this technique, scientists can date organic compounds, such as bone, hair, wood, seeds, and shells. The further back in time we go, however, the less reliable carbon dating becomes, as the technique is reliant upon accurate historical measurements of atmospheric carbon, specifically the ratio of carbon-12 to carbon-14.

Carbon-14, or C14, is a rare form of carbon that, unlike carbon-12 (so-called “normal” carbon), is radioactive. C14 is an isotope consisting of six protons and eight neutrons, and it’s in a perpetual state of decay, featuring a generous half-life of 5,370 years. Like normal carbon, C14 combines with oxygen to create carbon dioxide, which is absorbed by all living creatures, whether they’re animals or plants.

Consequently, the ratio of C12 to C14 in all living organisms is always the same as the ratio in the atmosphere.

Because atmospheric levels of C12 and C14 change over time, the specific ratio in an organic sample (e.g. bones, wood) serves as a timestamp for a living creature’s death. When an organism dies, it stops acquiring new carbon. As time passes, the C14 decays like a ticking clock, but it’s not replaced. By measuring the amount of radioactive decay, scientists can determine when a formerly living organism died.

But there are limits to this dating approach, and it has to do with the C14 half-life. Organic objects can only be dated up to around 55,000 to 60,000 years ago, after which time the amount of C14 in a sample dwindles down to negligible proportions. What’s more, calibration is critical to this technique; changes in the amount of atmospheric radiocarbon over time means that radiocarbon dates have to calibrated against a chronological, or calendrical, timescale.

Building these calendars is easier said than done. Ideally, scientists would like to have an accurate and unbroken chronological record of changing C12 and C14 atmospheric concentrations over time. This can be done, for example, by counting tree rings (also known as dendrochronology), which, as any 8-year-old will happily tell you, is a reliable way of determining the age of a tree.

Unfortunately, few calibrated datasets that directly sample atmospheric carbon exist further back in time than the Holocene tree ring record, at approximately 12,600 to 14,000 years ago (obviously, trees don’t live to be tens of thousands of years old, but ancient, fossilized trees can be dated using other methods). Radiocarbon dating is thus limited by the ability of a given material to provide an absolute age, while also preserving a record of changing atmospheric conditions.

But now, with the discovery and analysis of two special stalagmites in Hulu Cave, scientists have stumbled upon an unbroken record of atmospheric carbon dating back some 54,000 years. Instead of counting tree rings or studying coral reefs (another technique used to infer absolute dates), the researchers, led by Hai Cheng from the Institute of Global Environmental Change, at Xi’an Jiaotong University, analysed the mineral composition inside the stalagmites.

By dating hundreds of layers within these structures, which was done by using a highly reliable isotopic dating technique known as thorium-230 dating, the researchers were able to establish an unprecedented chronological baseline that can now be used for radiocarbon dating.

“Up to now, different approaches for C14 calibration have their own constraints,” Hai told Gizmodo. “For instance, it remains difficult [to use] tree-rings to calibrate the atmospheric C14 beyond the current limit of around 14,000 years before present. Corals do not accumulate continuously over thousands of years and are difficult to collect since those in the time range of interest are now largely submerged.

Stalagmites, which can be excellent choices for thorium-230 dating, typically contain a significant fraction of carbon ultimately derived from limestone bedrock.”

UC Berkeley geologist Larry Edwards, a co-author of the new study, helped to develop the thorium-230 method back in the late 1980s, but he wasn’t able to find ideal cave deposits to perform a study like this one.

“In addition to carbon from the atmosphere, cave deposits contain carbon from the limestone around the cave,” Edwards told Gizmodo. “We thus needed to make a correction for the limestone-derived carbon. We discovered that the Hulu Cave samples contain very little limestone-derived carbon, and are therefore nearly ideal for this kind of study — hence our ability to complete a precise calibration of the C-14 timescale, a goal of the scientific community for the last nearly seven decades.”

In the study, Hai and his colleagues present around 300 paired carbon 14 and thorium-230 dates extracted from the thin calcite layers within the Hulu Cave stalagmites. The average temporal resolution between each pair is about 170 years. These particular stalagmites, said Hai, are very special, containing “dead carbon” that’s remarkably stable and reliable.

“As such, the C14 in the Hulu samples are mainly derived from atmospheric sources, which allows us to make a milestone contribution towards the refinement of the C14 calibration curve through the paired measurements of the C12/C14 and thorium-230 ages,” said Hai, adding: “The new Hulu record has less uncertainty and resolves previously unknown fine-scale structure.”

As the researchers write in their paper, the new calendrical record represents a “holy grail” for scientists, offering a high-resolution and continuous record of atmospheric C14 that covers the full range of the radiocarbon dating method. For archaeologists, it also means they can now date organic compounds between 14,000 to 54,000 years with greater confidence, especially the older samples.

“For a sample that is actually 40,000 years old, the nominal C14 age would be about 35,000 years, and the age you would calculate from previous calibration data would be about 38,000 years, with a large uncertainty,” explained Edwards. “So a difference of 2,000 to 5,000 years, depending upon how you chose to calibrate your age, prior to our work.”

Excitingly, this research will also be of interest to climate scientists, who can use this data to study atmospheric changes over time.

It’s a very cool result from a very cool and unlikely source — the slow drip, drip, dripping within a dark cave in eastern China.