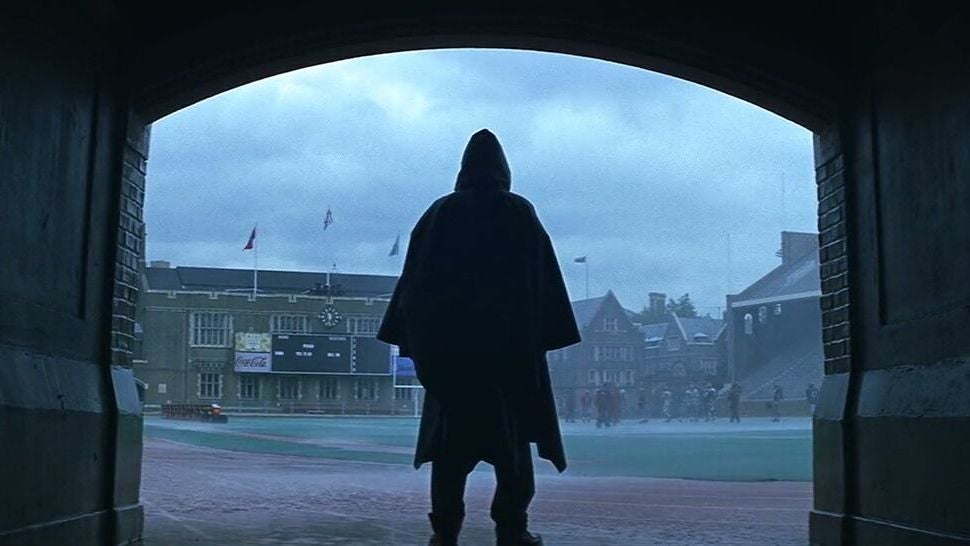 Comic book films are so prevalent these days it’s easy to forget how different things were only a few years ago.

The year was 2000, and director M. Night Shyamalan was about to release his highly anticipated follow-up to the mega hit The Sixth Sense. The movie, called Unbreakable, reunited the director with star Bruce Willis and took a realistic, grounded approach to a topic Shyamalan held near and dear to his heart: comic books.

However, the company releasing the film, Touchstone Pictures (a division of the Walt Disney Company), did not want to make that obvious. Here’s an excerpt from a Rolling Stone profile on Shyamalan, recounting a story that has been told many times in the past but, in case you you haven’t heard it, is worth sharing again:

[Shyamalan] wanted to market the follow-up, Unbreakable, as the comic-book movie it actually was, only to be told that superhero movies had only niche appeal — instead, it was pushed as another spooky thriller. “‘This is just a bunch of people that go to that convention,’ ” he recalls being told — by execs at Disney, of all places, still years away from buying Marvel, “‘and you’re going to alienate everyone in this room if you use those words.’”

But times change—this happened almost 20 years ago. Most likely, Bryan Singer’s X-Men (released in July of 2000) had just, or was about to, come out when Shyamalan had that meeting. That’s a film which (like Unbreakable, which was released a few months after X-Men) doesn’t get the credit it deserves in proving to film studios that audiences were ready for comic books to come to the mainstream.

Then, in 2002, Sam Raimi’s Spider-Man really changed everything, and it was off to the races with Batman Begins, Iron Man, The Dark Knight, The Avengers, and so on.

And it’s now come full circle, because in a few weeks, Shyamalan gets to conclude the comic book saga he started with Unbreakable in Glass.

It’s a film that probably never would have happened if the world hadn’t become so comfortable with the words Hollywood once saw as poison: “comic book.”

Read much, much more about Shyamalan, Glass, and Unbreakable in that great Rolling Stone profile. Glass opens January 17.