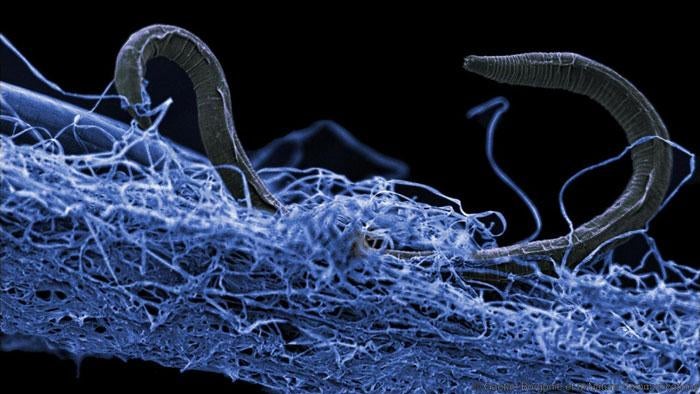 It may seem fantastical, but there is a living world deep, deep beneath our feet. Go below the soil, beyond the bedrock, and you’ll find a hot, sweaty underworld teeming with life that puts the surface biosphere to shame.

Just how much life is down there has been an open question that the 1,200 scientists with the Deep Carbon Observatory have been trying to answer by probing the Earth’s crust. After a decade of probing, they now have an answer.

This week, they announced that their observations had yielded enough data to estimate how much life is down there. An astounding 15 billion to 23 billion tons of carbon mass sits in the netherworld. That’s the equivalent of up to 385 times the carbon mass of all 7.5 billion humans on the surface, all living under intense pressure at temperatures hotter than boiling water.

But worry not that the mighty biomass of the underworld will rise up and crush us surface dwellers: It’s made up of tiny microbes and eukaryotes uniquely adapted to the hellacious conditions.

Rick Colwell, a scientist at Oregon State who works on the Deep Carbon Observatory’s deep life census, told Gizmodo the observatory began by trying to understand how microbes living hundreds or even thousands of meters below the surface could be used to do things like, say, clean up polluted aquifers. But the more scientists poked around, the more they realised they needed to answer basic questions about life below the surface.

“It had a very practical beginning, but it’s become more fundamental about this new biosphere,” he said. “The more we looked, the more we found at considerable depth in the Earth.” 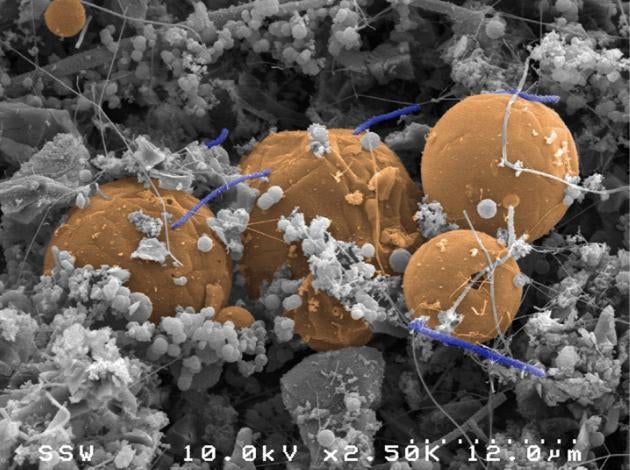 Researchers have found microbes at depths of 5 kilometers below the continents and 10.5 kilometers beneath the ocean surface, tucked in cracks in rocks that are sometimes just a few microns—thinner than a human hair—wide. Amazingly, scientists have been able to pull samples up from underground, sequence their DNA in the lab, and unravel their metabolic processes.

Colwell said in some cases, microbes and bacteria have adapted to live on hydrogen and carbon dioxide and sustain themselves for hundreds of years. Other microbes have lived in stasis for millions of years and could be brought back to life in the lab. To say these suckers are resilient is almost a disservice.

The new estimate of total life below the surface answers one outstanding question, but there are far more still waiting in the wings. Colwell pointed to understanding what scientists call “microbial dark matter.” Similar to cosmic dark matter, which can be detected only via its gravity, there are mystery microbes that Deep Carbon Observatory scientists can observe via DNA sequencing but cannot recreate in the lab.

“It was apparent there were many different types of organisms in the environment, and yet if you tried to grow them, you might see 1 per cent of the organisms being grown,” he said. “The things we can’t yet grow show great diversity. We see evidence of [their] potential functions.”

That means scientists will continue to plunge drills, sensors, and sampling equipment deep into the Earth to understand its mysteries. In the process, they will learn even more about this hunk of rock we live on.

“We are really in tune with the rhythms of the Sun or the Moon going around the Earth or seasons, that pace of life,” Colwell said. “But the organisms in this biosphere are so much slower and persistent in the things they pay attention to. We really are just discovering some of the Earth processes and rhythms that dictate their existence.”

Heck, it may even provide us some life lessons.