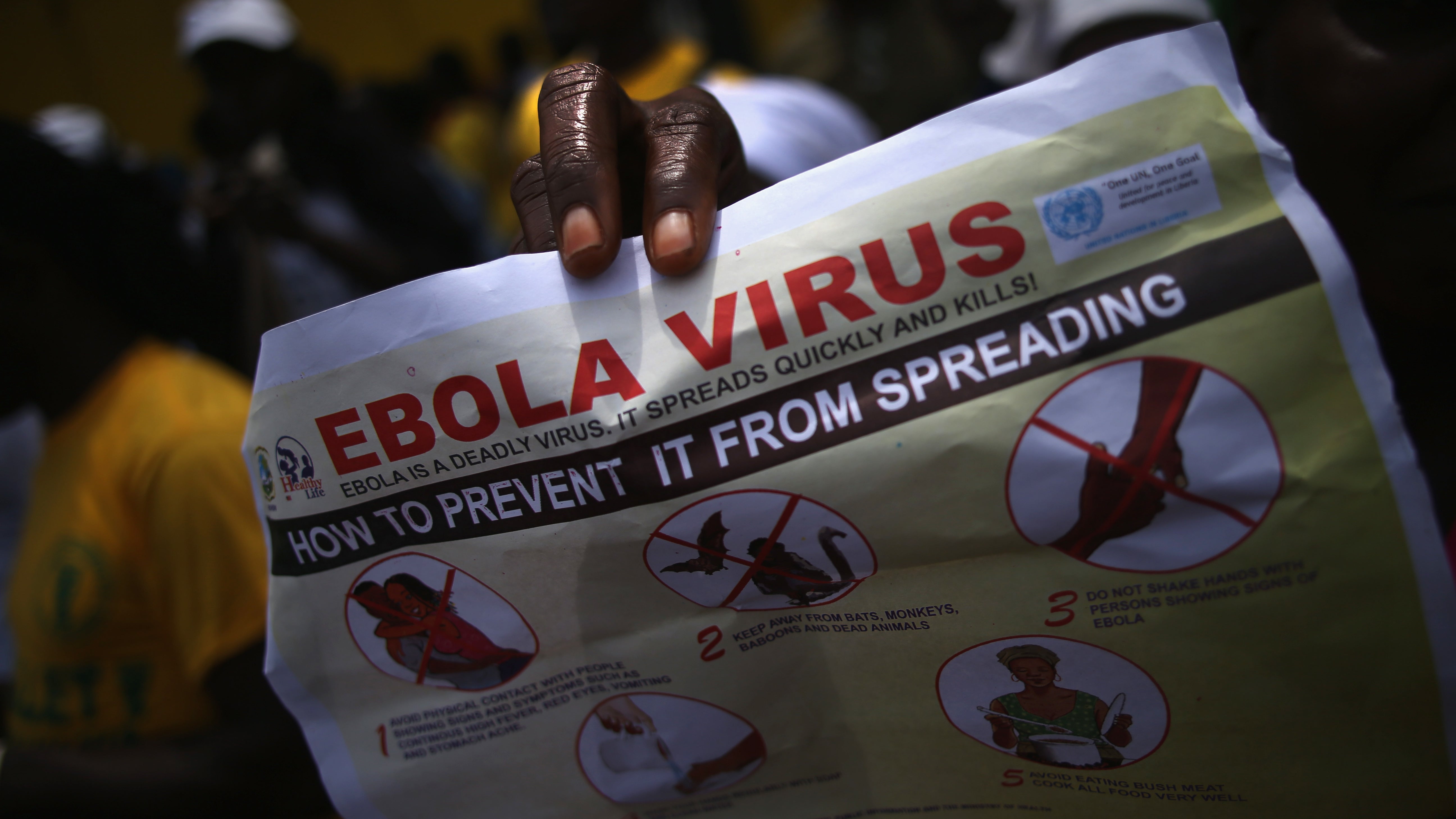 A flyer containing information on Ebola, handed out during the 2014 epidemic in Monrovia, Liberia (Photo: John Moore, Getty Image)

The ongoing Ebola outbreak in the Democratic Republic of the Congo has reached an especially tragic milestone. According to the World Health Organisation, the outbreak is now the second-largest recorded in Ebola’s 42-year-long known history.

On Thursday, the WHO reported that there have been 426 confirmed or probable cases of the viral disease in the DRC since July, with 245 confirmed or probable deaths as as a result. The vast majority of cases have been located in the North Kivu province along the eastern region of the DRC, but there have also been 19 confirmed cases spotted in the Ituri province just north of North Kivu as well.

The toll of the current outbreak is a distant second to the current record set during an widespread epidemic of Ebola that occurred from 2014 to 2016. That outbreak saw nearly 30,000 cases and more than 10,000 deaths, primarily around West Africa. But the potential for things to get worse is looming.

Though there was an initial lull in cases around September, suggesting the current outbreak had been contained, a second wave has been ongoing since October, with no clear end in sight. And there have reports of suspected cases in other regions of the DRC, as well as in nearby countries such as Uganda. In September, the WHO declared that the risk of Ebola eventually spreading to Uganda was “very high.”

Ebola spreads through close contact with bodily fluids such as blood or semen. And many of its symptoms, including profuse bleeding and vomiting, enable its spread. But outside factors have made this outbreak in particular so difficult to fight.

Armed conflict in the region between the government and rebel militias has hampered attempts to track chains of transmission, as well as to send medical resources and doctors to areas where they are needed. Local residents have sometimes resisted efforts by medical personnel to collect and safely bury bodies of the deceased to prevent further contamination, in part to longstanding fears these workers are spreading the ailment themselves, as Time has reported.

If there is one positive sign, it’s that there are many more tools against Ebola available to healthcare workers.

An experimental vaccine that has shown promise in limited test runs during the 2015 outbreak has been given to residents and healthcare workers who may have made or could make contact with infected people, while vaccines are also being given to health workers in Uganda, Reuters reports. Earlier this week, the WHO announced the start of a randomised clinical trial that will test out several experimental drugs at once.

Patients will be given one of four drugs that have shown some success for treating the disease, along with standard care. The design of the trial is intended to confirm the safety and effectiveness of each drug, but without depriving any patient of a potential drug that could work. By establishing a protocol for the trial now, the WHO also hopes that effective drugs can be sent to those in need that much quicker in the future.

“Until now, patients have been treated under a compassionate use protocol, with drugs that showed promise and had a good safety profile in laboratory conditions,” said WHO Director-General Tedros Adhanom Ghebreyesus in a statement. “The giant step DRC is taking now will bring clarity about what works best, and save many lives in years to come. We hope to one day say that the death and suffering from Ebola is behind us.”

Despite this optimism, there’s one major group that has been conspicuously absent from the front lines of the outbreak: US government scientists.

In October, the State Department confirmed that it was keeping health officials from the US Centres for Disease Control and Prevention away from the affected regions of the DRC. The government has cited safety concerns over armed violence in the region for the decision, but Ebola experts have harshly criticised the move.

This week alone, editorials from public health experts in two major medical journals — JAMA and the New England Journal of Medicine — have pleaded that the US government send more resources to the DRC to address the epidemic, including personnel.

“Given the worsening of the outbreak, we believe it’s essential that these security concerns be addressed and that CDC staff return to the field,” said the authors in the NEJM editorial.