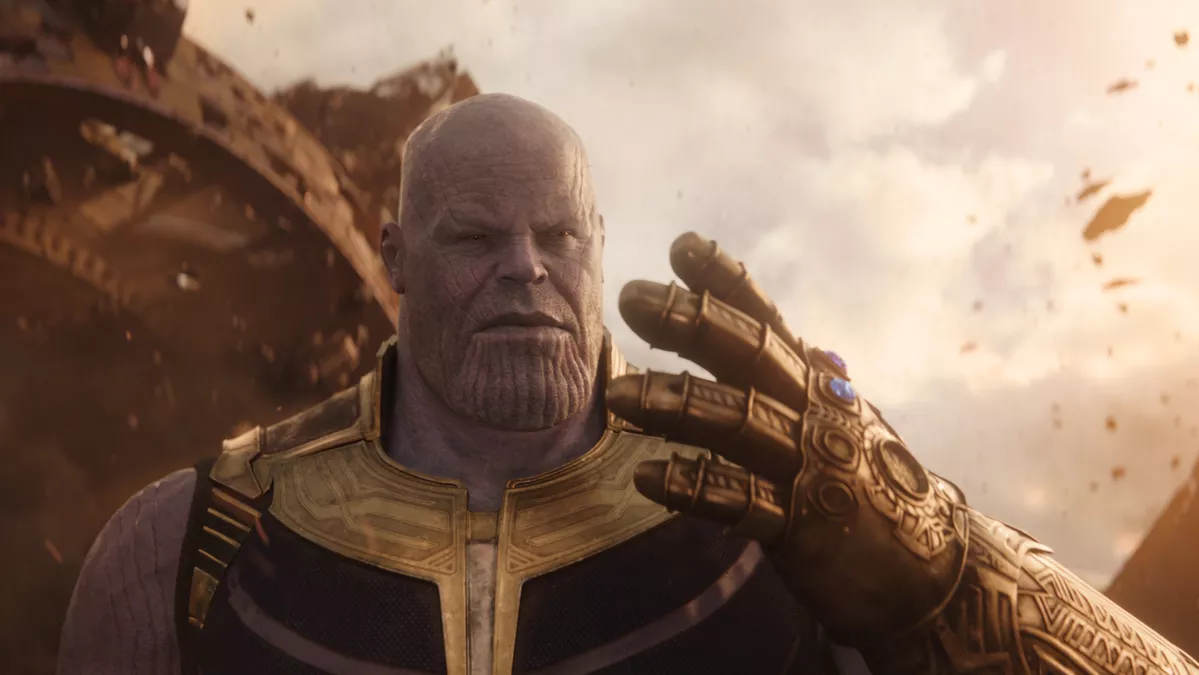 "And there I was, staring at my gauntlet, when" (Image: Marvel Studios)

*record scratch* “Yeah, that’s me, Thanos. I bet you’re wondering how I ended up in this crazy situation. Well…”

Much to my sadness, that’s not how the Avengers: Infinity War opened. But it could have been something like that, as revealed by the Russo Brothers at a wide-ranging Q&A with Collider recently. We’ve already covered a little bit from this Q&A, but this detail in particular caught my eye. As quoted by Collider, here’s what Anthony Russo had to say:

“We did three drafts of this that were all radically different. One draft involved Thanos as the narrator of the film. It was non-linear in structure, it had backstories for the Black Order, and they were all introduced in very cool sequences. But it ended up being a 250-page script and we thought, ‘Alright, we can’t fit all of this storytelling.'”

Figuring out how to characterise Thanos was obviously an important problem that Infinity War had to solve, and giving him the dominant perspective of the film is certainly one way to tackle it. It certainly would have been an interesting formal move — not many superhero films are told from the perspective of the villain.

Even though Thanos’ narration didn’t make it into the film, it was, apparently, useful:

“A lot of times when you work on a movie of this scale and you end up with a 250-page draft, it’s the bible for the movie. You gain a lot of information. You write characters out in a way that you start to understand what it is they want. I think writing out Thanos’ narration gave us insight into who he was as a character and what we wanted him to do in this film. So then it was much easier once we started pulling all that out to make it subtext for him as a character, and to make a more linear structure.”

Well, that makes sense. But I’m betting Thanos would’ve made a good hard-boiled narrator. With a trench coat, maybe. Ooh. Somebody draw that.