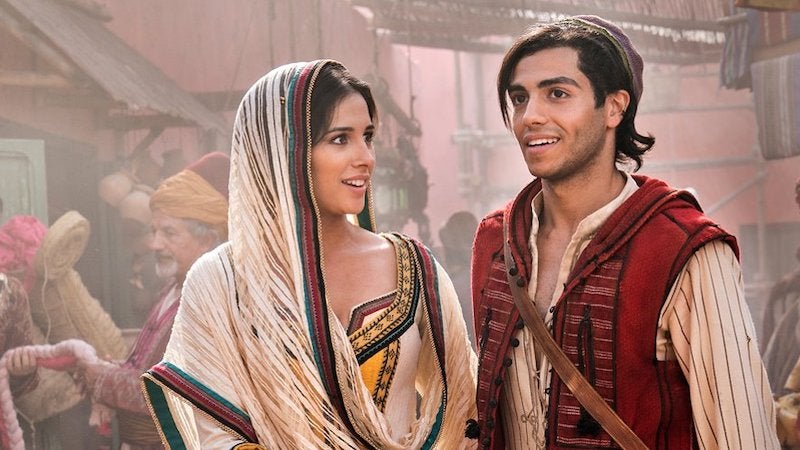 From the moment that Disney announced Will Smith had been cast as the Genie for Guy Ritchie’s upcoming live-action Aladdin film, the biggest question on everyone’s mind was just what the actor would look like in the role given that the character was originally imagined as being big, buff-ish, and blue.

Today Entertainment Weekly shared the first photos of Smith in one of his guises, and while he doesn’t quite look exactly like his animated counterpart, Ritchie dropped a couple of hints that eventually, we’re going to see the Genie shift into a form we’re all much more familiar with. While the live-action Genie’s blue self is still being worked on in post production, Ritchie described his vision for the wish-granting being as a “a muscular 1970s dad”:

“He was big enough to feel like a force — not so muscular that he looked like he was counting his calories, but formidable enough to look like you knew when he was in the room.” 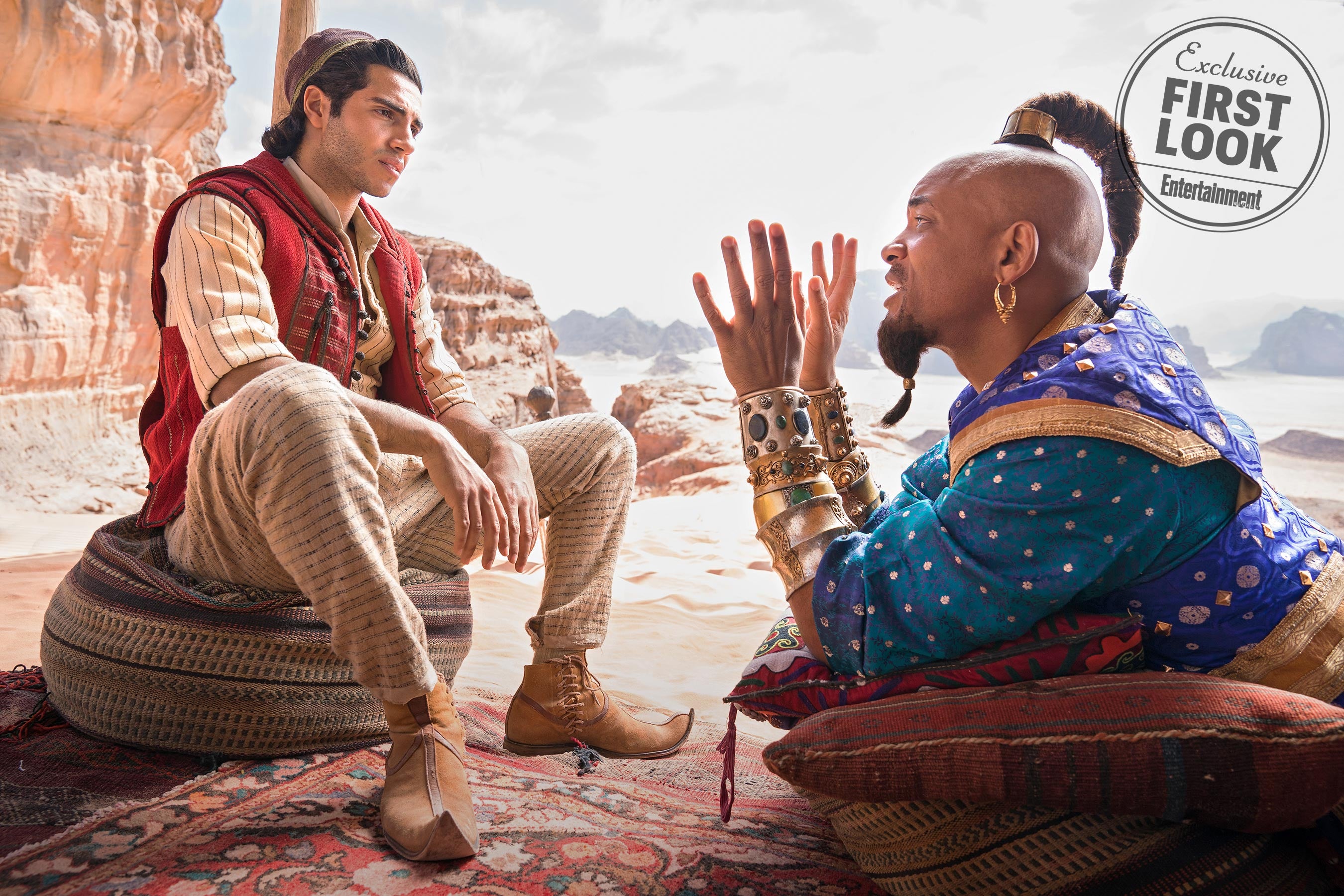 Beefy father figure aside, the real important thing about Aladdin’s Genie boiled down to how Smith planned to step into a role that’s already to tightly wrapped up in Robin Williams’ original performance that most people associate the character with. Williams, Smith said, made the role his own and so he reasoned that he had to do the same by bringing a different kind of energy to his delivery:

“Whenever you’re doing things that are iconic, it’s always terrifying. The question is always: Where was there meat left on the bone? Robin didn’t leave a lot of meat on the bone with the character.

I started to feel confident that I could deliver something that was an homage to Robin Williams but was musically different. Just the flavour of the character would be different enough and unique enough that it would be in a different lane, versus trying to compete.

I think it’ll stand out as unique even in the Disney world. There hasn’t been a lot of that hip-hop flavour in Disney history.”

Considering Smith’s undeniable star power and his discography of bops that you know you love even if you don’t want to admit it, the faith Disney has in his interpretation of Genie sounds like a step in the right direction that’s going to end up enchanting audiences when Aladdin hits theatres on May 24.