Samsung Now ‘Re-Evaluating’ That Controversial Collab With The Fake Supreme 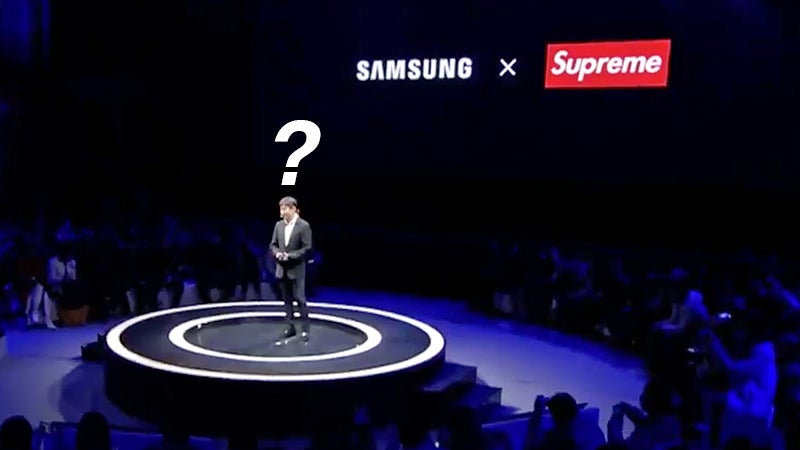 Remember two days ago when Samsung introduced the Galaxy A8s in China and trotted out the CEOs of the fake Supreme brand to announce a collaboration for future products? After much backlash from fans who love paying a premium for branded tchotchkes, Samsung wants you to know that it’s possibly, maybe, considering not pursuing that partnership any further.

On the Chinese social media site Weibo, Samsung issued a follow-up statement today about the controversy that addresses the outrage, but doesn’t exactly confirm whether the company has had a change of mind about the whole situation. [Translation: Google]

“Recently, Samsung Electronics announced at the launch of the Galaxy A8s that it will cooperate with Supreme Italia in the Chinese market. We are currently re-evaluating this cooperation, and we deeply regret the inconvenience caused.”

Samsung is sorry about the bad PR this has generated, but at the moment it doesn’t seem ready to walk away from its arrangement with Supreme Italia, the international knock-off version of the original brand that’s based in New York. There’s nothing stopping Samsung from selling its fake Supreme merchandise in China, as the real Supreme isn’t actually authorised to market its products in that country. But on the global stage, perhaps it’s not the best look for Samsung, which has also been accused of borrowing designs and features from other electronics makers.