Kids Of The 1980s Imagined The Year 2020 With Robot Butlers, Bubble-top Cities, And Nuclear War 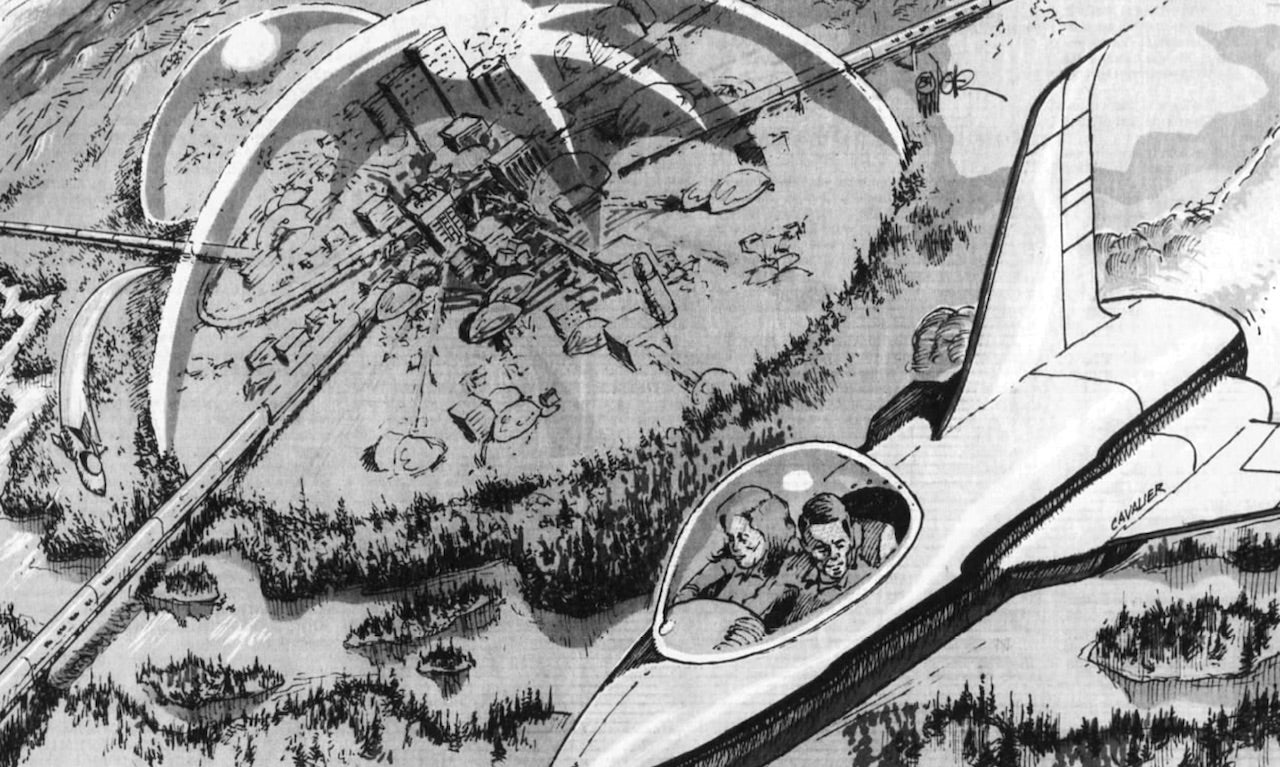 Earlier this month we looked at predictions from kids at the turn of the 20th century. But what about more recently? Say, from the 1980s? Well, you’re in luck, because today we have predictions about the future from kids in 1984. And some of them are as dark and terrifying as you might guess for kids who were experiencing ever-present anxiety about the Cold War.


The Billings Gazette of October 24, 1984 devoted an entire section to Billings in the year 2020. And while it’s not quite 2020 yet (we’re getting very close!) it’s probably safe to take a peek and see how these kids did.

Some kids seem to be channeling George Jetson and his cartoon show that got just one original season in 1962 that was played on repeats forever until the 1985 reboot. The kids write about robot butlers and advances in medicine that produce lifespans of 150 years or more. But others, including the first two kids here, seem to be imagining a more fat, lazy, and apocalyptic vision of tomorrow. Some kids even predicted full-on nuclear war.

“Everybody will get fat and lazy because computers and robots do all the work,’’ Kim Vonlloklt, age 14, ninth grader, Lincoln Junior High

“The person’s micro chip, which has his history, birthday, etc., will be slipped under the skin in the palm.” Randy Stone, age 13, eighth grader, Castlerock Junior High

“Cameras will be all over the city for the computer to see. If the computers saw robbers or vandals the computer would eliminate them.” Joe Garcia, eighth grader, Castlerock Junior High

“The robots would cook us supper, make our beds, curl our hair, brush our teeth, and put on our clothes.” Stacy Roller, seventh grader, Castlerock Junior High

“Humans are no longer in charge of anything. They do what they are told. If they don’t, the robots kill them. There will be robots every-where watching to make sure humans don’t mess up.” Tracy Maroney, 406 Laurie Lane, eighth grader, Castlerock Junior High

“I think there will be new medical breakthroughs, such as a cure for the common cold, saving many more people from cancer, and hair-growing formulas.” Allyson O’Loughlln, age 14, ninth grader, Lincoln Junior High

“Look for 150 years of long life and a pill to cure alcoholism. Diseases cured by gene-splicing will be staggering.” Judith Bradley

“Medical facilities and growth will double the current size to handle the ageing population and cosmetic and genetic advancements.” John Zavalney, Helena

“The Mustangs would have a robot for the coach. The umpire would be a robot so the people could not argue with the ump.” Shane Martinez, age 13, sixth grader, Garfield Elementary School

“There would be video sports where we could go jump into the TV and sing with the video stars.” Trista Borchardt, age 11, sixth grader, Garfield Elementary School

“People with big investments will have more say in governing the city through big-time politics.” Brent Huseby, Red Lodge

“The sport that will be around is bobsledding like In the Olympics, but the track will be in space and will be made of forceshields.” Mike Christie, seventh grader, Castlerock Junior High

“The governor will be a wild and crazy old man with a robot to enforce all of his laws and a computer to control all human thoughts.” Kelvin Gebhardt, eighth grader, Castlerock Junior High

“I don’t even think we will have a government the way people get away with things now,” Aviil Uecker, age 11, fifth grader, Garfield Elementary School

“Downtown, skyscrapers laid sprawled on top of lessor buildings or were a mass of twisted steel. There was no living thing. The charred bodies of humans, dogs, cats, and birds lay everywhere, and the streets were littered with coins from the casinos. I proceeded northward to the Rims for a better view. A blackened church steeple leaned precariously, and from it a cross swayed in the wind. My hands and face were blistering; I knew I was dying. On a pad I wrote the date, and from memory I wrote Jeremiah:51 37, and below that I wrote ‘Lord, how hard it is for a rich man to die’” Aaron Iams

“By the year 2020, Eastern Montana will be populated by 250,000 people and only about one-third of these people will have sufficient employment. Work will be mostly computer and high tech machines with a few maintainence [sic], food service and health care Jobs. Almost all employees will have to know something about computer control and many people will be starving because of in- sufficient education.” Frances J. Propstein

“Teenagers will not find much work because the computers take control of every fast-food chain and gas station job in the world.” Annette Sannon, eighth grader, Castlerock Junior High

“Automobiles will be silent and geared to flow smoothly from start to high speeds, eliminating screeching tires and thunderous mufflers. Atomic powered perhaps or by solar energy gathered in the entire outer material and becoming the propelling force through advanced technology. The fun vehicles will be a thing of the past and recognised via education as a means of non-sensate transportation, (no longer a play thing).” S. Stuart Johnson, Sheridan, Wyoming

“One giant air-filtering bubble will extend over our huge Metropolis, filtering our air day and night. Billings is its own huge production and manufacturing world, doing everything on its own. If anything or anyone is exposed to the raw air outside the bubble without special protection, they will become contaminated with pollution, and most likely die… Nature is almost totally destroyed, except for the weather, which will be produced on a daily basis, according to the wants of the people.” Suzanne Gahagan

“There are no schools because we voted against it, so all you have to know is how to talk.” Ronda Young, seventh grader

“Picture a personal computer at every desk. Each computer will be connected to the main computer in the school office The computers will grade the homework and tests instantly. They will even be used to take daily attendance. One advantage of using computers in education is a reduced school staff. There will be one teacher for each department to program the lessons. A few people will work In the main computer room, and aides will watch the television monitors posted in each room to prevent discipline problems “ Mark Allen, Castlerock Junior High

How do you think they did? The year 2020 (or, at least the year 2019) isn’t that different from 1984 in many ways. At least things haven’t changed quite dramatically as these kids imagined they would. And that’s definitely a good thing when you’ve got kids who imagine schools closing down and nature being completely destroyed.

What other things do you have to tell us, Young Nostradamus from Montana? Who wins the Super Bowl this year? What about that pee tape? Are they finally going to air it on C-SPAN? Enquiring minds want to know.