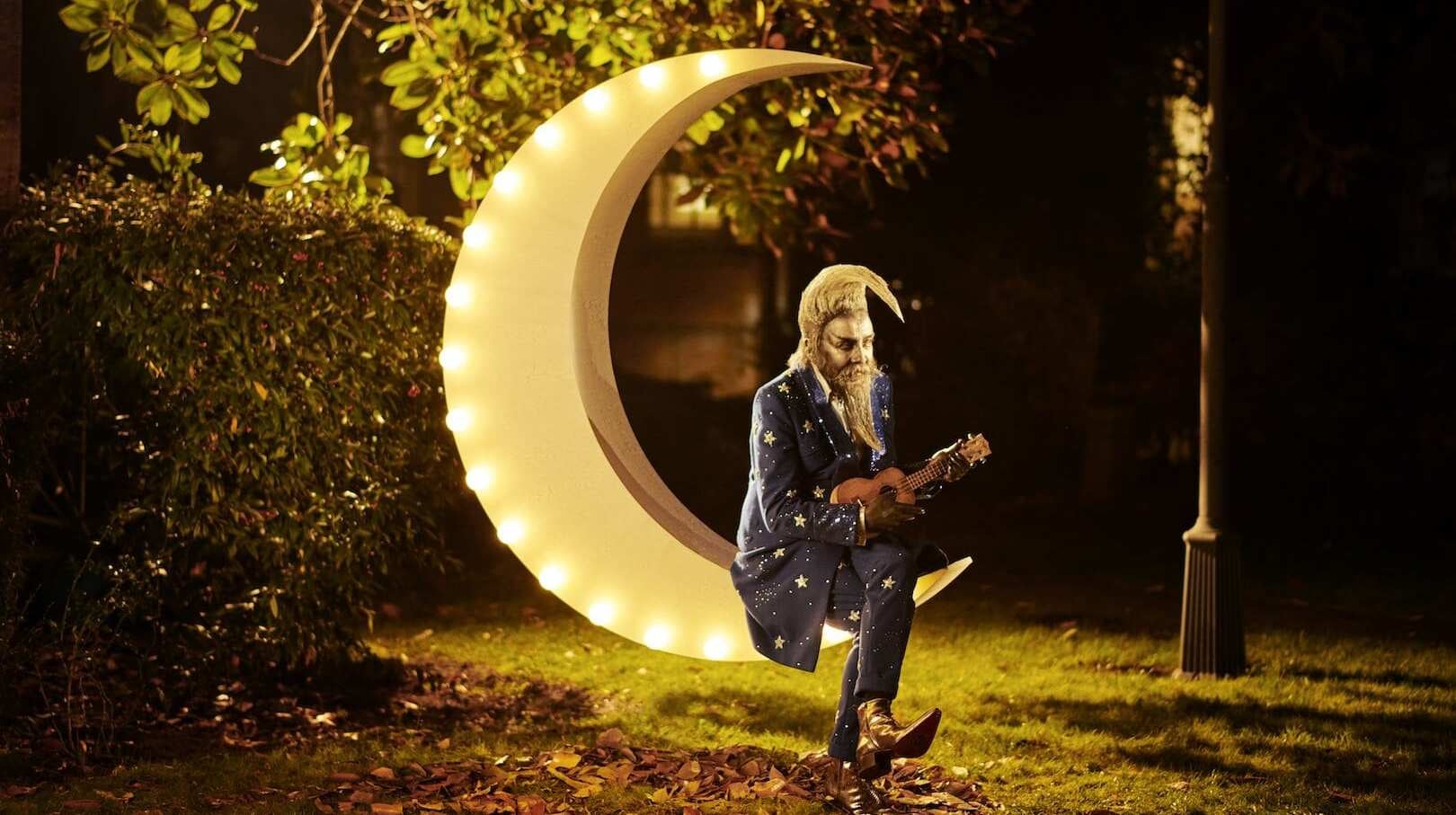 After spending years criticising how Hollywood has adapted his iconic graphic novels, Alan Moore is finally taking matters into his own hands. Protagonist Pictures has unveiled the first look at Moore’s upcoming fantasy film, The Show. And yes, you can insert your The Tonight Show joke here.

Production is currently underway on The Show, an independent film written by Moore himself, who also has a role in the film. As reported by Empire, The Show is an indie fantasy epic based on a series of Kickstarter-funded short films.

It stars Tom Burke as Fletcher Dennis, a man who’s been hired to find a stolen artifact in Northampton, a dark and mysterious English town. In a statement to Deadline, Moore said he was trying to create a world with “no throwaway dialogue and no throwaway characters,” and to build a large epic fantasy.

“A world where every character is memorable, distinctive, and attempting to steal the whole show for themselves—just as we do in real life,” Moore said. “And I wanted to make a piece of radical and progressive cinema that was also ridiculously sumptuous, involving and entertaining. A genuinely spectacular show.”

Moore, who retired from comics in 2016, has been working more in film and television lately, including developing the horror noir series Show Pieces for Shudder.

However, he’s refused to work on films or shows related to his previous graphic novels, having criticised how Hollywood adapted The League of Extraordinary Gentlemen and Watchmen (the latter of which is getting a TV show on HBO). Here’s the official plot description for The Show, which is about as Moore-like as you can get:

A frighteningly focussed man of many talents, passports and identities arrives at England’s broken heart, a haunted midlands town that has collapsed to a black hole of dreams, only to find that that this new territory is as at least as strange and dangerous as he is.

Attempting to locate a certain person and a certain artefact for his insistent client, he finds himself sinking in a quicksand twilight world of dead Lotharios, comatose sleeping beauties, Voodoo gangsters, masked adventurers, unlikely 1930s private eyes and violent chiaroscuro women… and this is Northampton when it’s still awake.

Once the town closes its eyes there is another world entirely going on beneath the twitching lids, a world of glittering and sinister delirium much worse than any social or economic devastation. Welcome to the British nightmare, with its gorgeous flesh, its tinsel and its luminous light-entertainment monsters; its hallucinatory austerity. Welcome to The Show.

The Show also stars Siobhan Hewlett, Ellie Bamber, Sheila Atim, and Richard Dillane, and is being directed by Mitch Jenkins, who worked with Moore on the short films that this film is based on. No release date has been announced yet.