Arrow Revealed The Identity Of The New Archer Last Night And It Was…Good? 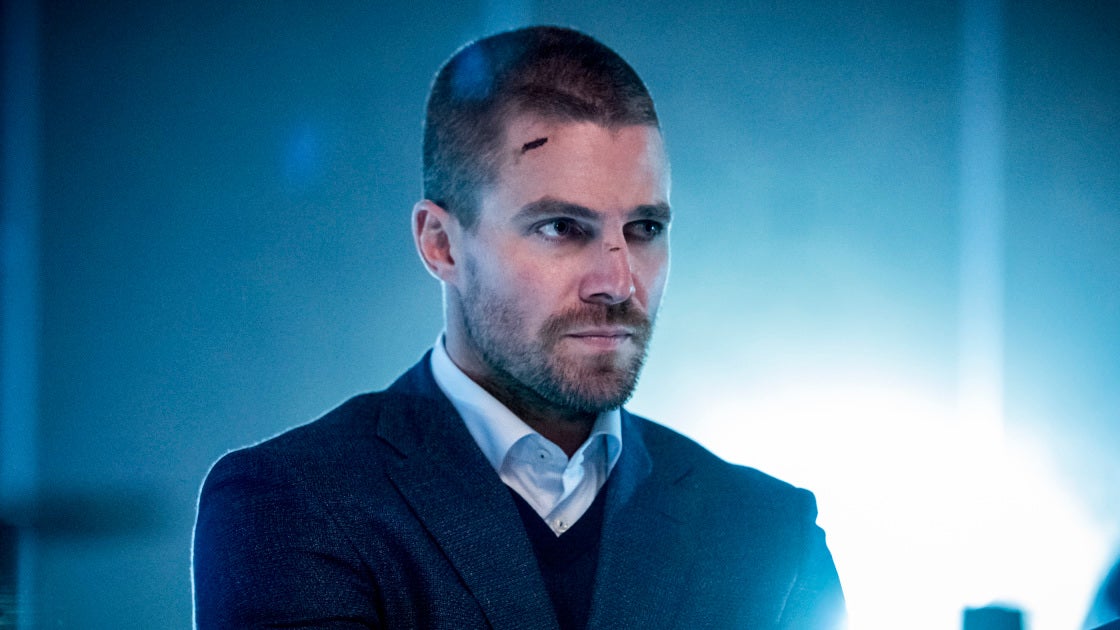 There’s been…a lot of archers on the CW’s Arrow so you can’t fault me for sighing heavily once another showed up out of nowhere in season seven. But this Other Green Arrow was revealed in last night’s “Unmasked,” and their identity did not disappoint.

We actually got two unmaskings for the price of the one hinted at in this episode’s title. The Other Arrow and Oliver Queen himself.

This season, thanks to flash-forwards and other evolutions, has felt like a make it or break it season. Arrow has felt stale for a while. A few weeks ago they captured Diaz and the first thought I had was, “OK, how long until you idiots bungle this one and he escapes again?” Cut to the promo for the following episode which included the line, “Diaz has broken into the prison,” and well. Yeah.

I’ve felt the best way to freshen the series up would be to let someone else actually take over for Oliver (I’ve actually thought this for a few seasons now). Whether this new story wrinkle will lead to that, or just more push and pull over who is allowed to be the Arrow, is another story, but at least there’s potential.

Now that he’s out of prison, Oliver has to figure out how to work his way back into his regular life. Because of the vigilante laws, he’s not allowed to continue his old work, but thanks to a plan from Dinah he’s back in the game. He very publicly pulls his old schtick at a busy club…in his Arrow costume, sans mask. And he’s not going to get arrested because Dinah hired him at SCPD.

That was one unmasking. The other bookended the episode.

The episode began with a workout that felt incredibly reminiscent to Oliver’s old salmon ladder routines. That was the best clue we could have gotten, to be honest. Other Green Arrow (they should probably call Cisco up to figure out a proper name) was revealed at the end of the episode to be Robert Queen’s daughter…Oliver’s sister. Played by Sea Shimooka, the character is Emiko Queen.

my name is Emiko Queen ????finally premiered on #Arrow tonight. been keeping this secret since July!! I’m so excited to begin this journey with the Arrow cast and crew✨ #emikoqueen #thecw #dc #dccomics

Emiko is a character from DC Comics and shares a similar history with this adaptation. In the comics, Emiko is the daughter of Robert and Shado and takes on the mantle of Red Arrow. She was kidnapped when she was very young and trained by Simon Lacroix (aka Komodo). At this point on Arrow, both Shado and Komodo have been depicted, but it remains to be seen if their connection to Emiko will play into her storyline on Arrow. Here’s hoping her presence breathes new life into the show and, perhaps, signals a handoff in the not-too-distant future.

We’ll have to wait a bit to find out as “Unmasked” was technically the mid-season finale (just like Supergirl). Next up is the Elseworlds episodes and then a winter break.