Amazon Workers In Spain And Germany Announce Strikes Ahead Of Christmas: ‘Change Must Come Now’ 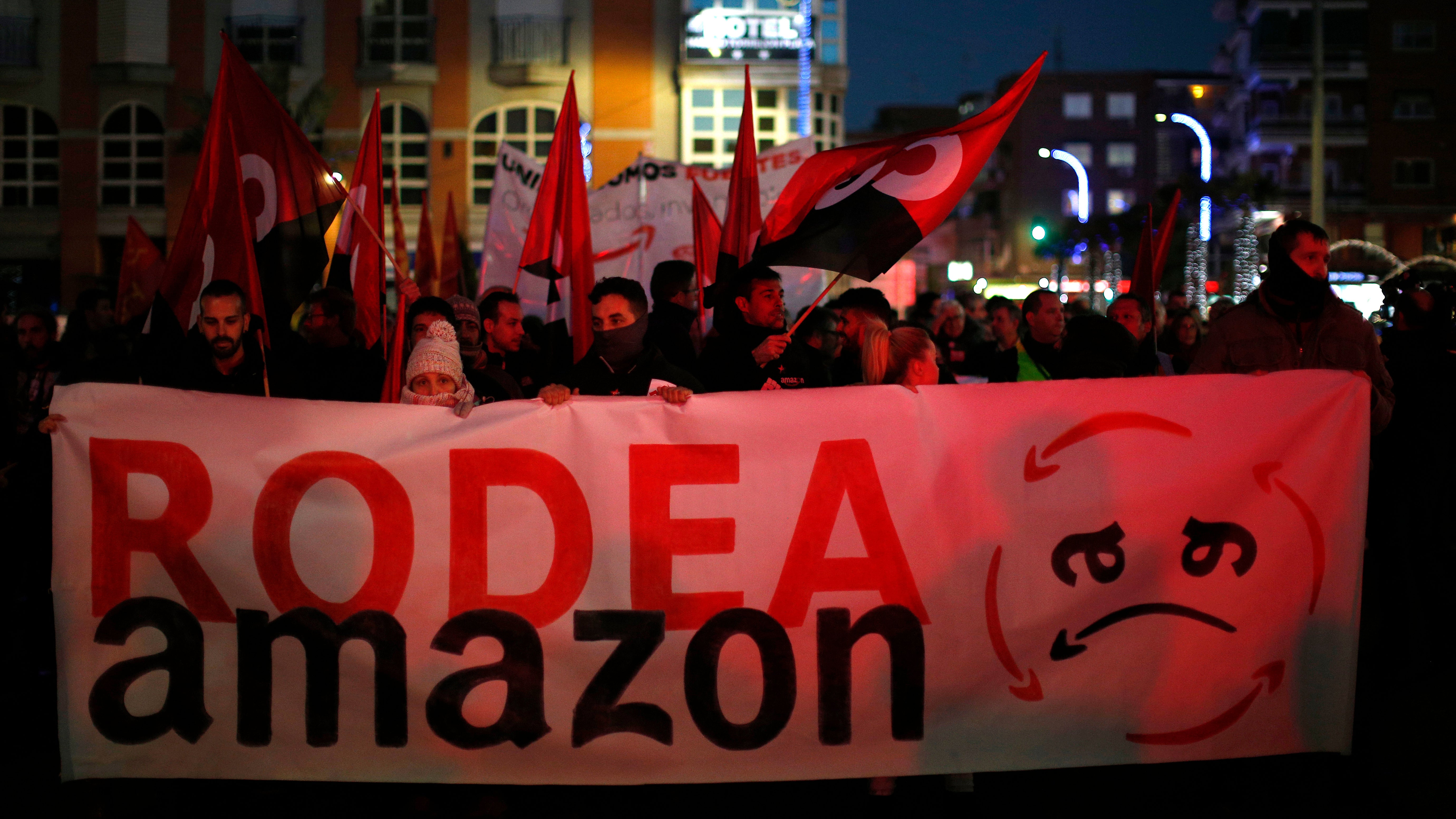 Following protests over workers’ rights across Europe during the Black Friday crunch last month, Amazon workers in Spain and Germany continue to strike ahead of Christmas.

Multiple protests are planned over what workers and unions describe as poor work environments, anti-union tactics, and demanding conditions resulting in physical and emotional pain.


Strikes were planned for this weekend as well as December 15 and 30, a UNI Global Union representative told Gizmodo by email. UNI Global Union, which works to facilitate alliances between unions that represent Amazon workers, said that it would be taking a supporting role in both the German and Spanish strikes being organised by Verdi, a union working with Amazon workers on a collective bargaining agreement with the company.

“Amazon workers in Spain and Germany are striking to fix the problems at their local warehouses but also are demanding global solutions,” Stuart Appelbaum, president of the RWDSU and president of UNI Global Commerce, said in a statement. “Amazon suppresses workers’ rights the world over, and the high-pressure, high-stress environment in ‘fulfilment centres’ dehumanise employees. Change must come now. Not only livelihoods but workers’ lives are at stake.”

Strikes this weekend are happening at the company’s fulfillment centres in San Fernando de Henares in Spain and Graben and Leipzig in Germany. European digital news publisher the Local reported Friday that a strike was planned for midnight in Leipzig; however, Verdi spokesperson Günter Isemeyer told the outlet that “some form of action” was planned at Amazon facilities across Germany.

Amazon did not return a request for comment from Gizmodo about the planned protests and how they might affect operations during its busiest time of the year.

Unions who represent Amazon workers have characterised its work conditions as “draconian” and physically demanding to the point of causing injury.

Francisco Hervias, a worker who protested on Black Friday in Madrid last month, said at the time that he nearly lost his hand on the job. Eduardo Hernandez, another worker who protested, said that his doctor told him workers do “the equivalent of a marathon a day for five days straight at work.” Other protesters described feeling physical pain on the job.

Just last week, more than 20 workers at a facility at one of Amazon’s fulfillment centres in New Jersey were sent to the hospital after an “automated machine” struck an aerosol can containing bear repellent, sending fumes into the air and leading to workers reporting difficulty breathing.

Remarkably, that wasn’t even the first time that Amazon workers have been exposed to bear repellent at its facilities. Wired reported at least two other similar incidents, one this year and one in 2015.

Amazon has denied allegations of unsafe or poor work environments.

“Amazon is a fair and responsible employer. We believe in continuous improvement across our network and maintain an open and direct dialogue with our associates,” an Amazon spokesperson told Gizmodo last month. “We provide safe and positive working conditions, and encourage anyone to come see for themselves by taking a tour at one of our fulfillment centres.”

As the Local noted, Amazon workers have announced strikes in some form every year around Christmas time for the past five years.

“Our co-workers want to draw attention to the fact that it is again a Christmas without a collective agreement at Amazon,” strike leader Thomas Schneider, who works in Leipzig, said in a statement. “The company behaves like a big online Santa Claus. The employees, who process all incoming orders in the same important way, remain disregarded.”