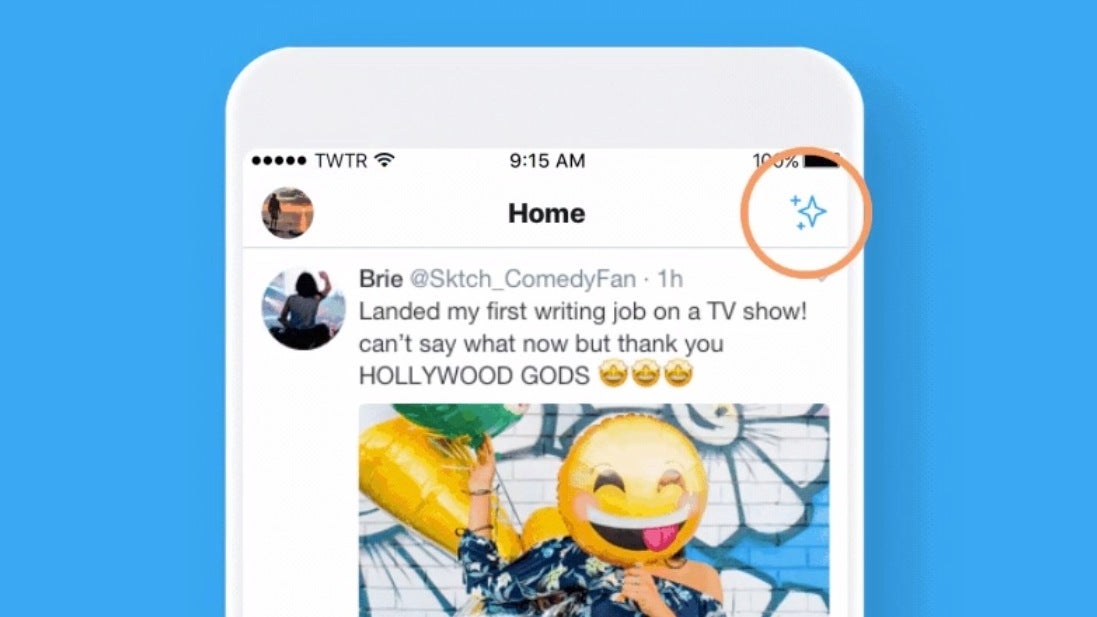 It’s been a week for keeping up with Twitter announcements. Following news of Twitter’s new bot-reporting feature and a report that CEO Jack Dorsey was looking to kill the “like” button, the company announced that it will allow some of its users to disable Twitter’s “best tweets first” feed through a new home-screen button.

The test feature will allow users to instead view the latest tweets first but easily switch between both feeds.

The company said it would be rolling out the feature to a “small number” of its iOS users (as well as to its employees, according to Dorsey) beginning Wednesday.

Sometimes you want to see the latest Tweets, first. We’re testing a way for you to make it easier to switch your timeline between the latest and top Tweets. Starting today, a small number of you will see this test on iOS. pic.twitter.com/7NHLDUjrIv

“We want to make it easier to toggle between seeing the latest tweets the top tweets,” Kayvon Beykpour, Twitter’s product lead, tweeted. “So we’re experimenting with making this a top-level switch rather than buried in the settings. Feedback welcome.”

Last month, Twitter announced a new option to un-check the “best tweets first” feed and opt instead for a reverse-chronological feed.

It was a move that received widespread approval from its users but is only accessible through the Settings menu. Twitter said at the time it was exploring a way to toggle between the two feeds.

In a separate announcement on Wednesday, Twitter also announced its new bot-reporting feature designed to flag spam and what it characterised as manipulation attempts on the platform.

“Activity that attempts to manipulate or disrupt Twitter’s service is not allowed. We remove this when we see it,” the company tweeted from its Twitter Safety account. “You can now specify what type of spam you’re seeing when you report, including fake accounts.”

Both are likely welcome if not overdue changes for many of its users. And particularly as it pertains to Twitter’s own stated intention of combating the excessive hate and harassment that finds a home on the site, this certainly appears to be a step in the right direction.