Screens Might Not Be Ruining Kids’ Sleep After All 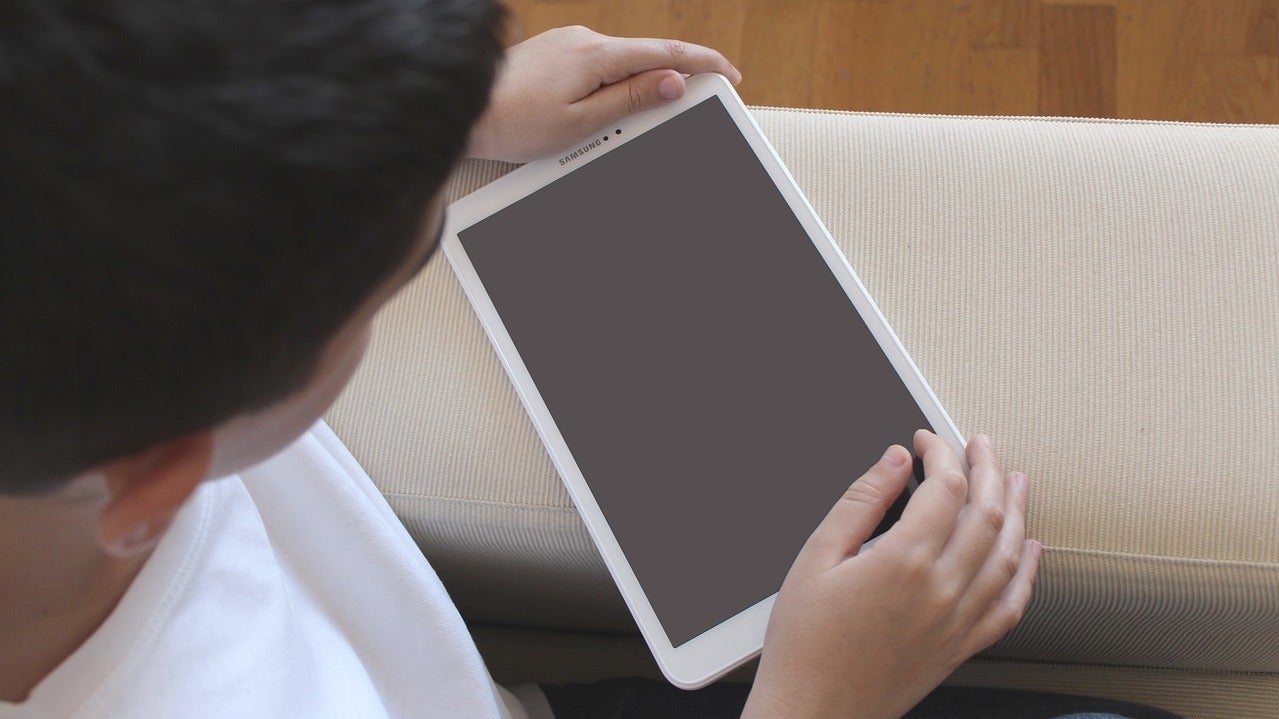 There is such a thing as spending too much time glued to a screen, whether it’s your TV, smartphone, or computer. But a study out of the University of Oxford in the UK suggests that the effects of screen time on kids’ sleeping habits aren’t as dramatic as often assumed. Every hour of screen time in a day, it found, might only amount to eight or fewer minutes of lost sleep a night.


Study author Andrew Przybylski, an experimental psychologist and director of research at the Oxford Internet Institute, has spent his career trying to untangle how we interact with the internet, social media, and video games, and how these technologies affect our wellbeing. But the question of how exactly screen time affects the health of children is one that’s particularly important to him.

“As a parent and scientist I wanted to get a clear idea of the practical significance of the effect of screen time on sleep,” Przybylski told Gizmodo.

In this latest study, Przybylski looked at existing data from the National Survey of Children’s Health, a recurring survey of American children under the age of 18 conducted by the U.S. federal government. Specifically, he looked at responses from the guardians of just over 50,000 children who took the survey in 2016 (either online or via mail) and answered questions about their kids’ screen time and sleep habits.

As expected, screen time was significantly associated with poorer, less consistent sleep, after accounting for other factors like a family’s wealth or the general state of their neighbourhood. And screen time was similarly linked to less sleep overall. In particular, children who followed guidelines for daily screen time recommended by the American Academy of Pediatrics (AAP) had better and longer reported sleep than those who didn’t. Those who stuck to the 2010 version of the guidelines (no more than two hours of screen time, max, for any kid over the age of two) had an extra 20 minutes of sleep per night, while kids who followed the 2016 version (one to two hours for children between 18 months and five years, with more flexible limits for older children) had an extra 26 minutes.

But when looking at screen time in isolation from other factors known to affect sleep, like neighbourhood conditions, Przybylski only saw a modest association. For children between six months and five years of age, every hour of screen time was linked to about eight minutes of lost sleep; for children older than five, it was just three minutes.

The findings were published Monday in The Journal of Pediatrics.

“Most studies use statistical significance as a signifier of whether the correlation between screens and sleep ‘exists,’” Przybylski said. “What I found was that less than 2 per cent of sleep outcomes were correlated to screens and tried to put this effect in a relatable metric (i.e. 3 to 8 minutes).”

It’s not the first time Przybylski has cast doubt on the narrative that screens are particularly harmful to kids. Last year, he and others published similar research showing the amount of a child’s screen time—on its own—isn’t linked to poor behaviour or mental health problems.

Both that study and the current one relied on observational survey data from parents, meaning they can’t directly show a cause-and-effect link between screens and health. But unlike some other, smaller studies of screen time, the large sample sizes used in Przybylski’s research strengthen his findings.

Przybylski also noted that he preregistered the details of how the study would be conducted before it began. This is a measure taken by scientists that is aimed to increase transparency in research, because it would show whether a scientist changed a study’s methods after data collection in order to get certain desired results.

The majority of Americans, including kids and teens, do have trouble getting enough sleep. So any little bit that can help isn’t something to be dismissed completely. But as Przybylski points out in the paper, moving the start of school to later in the day would do much more to help children sleep better. Despite the findings, though, Przybylski isn’t advocating that parents let kids have unlimited screen time.

“I think that parents should make decisions in line with their values and shouldn’t depend on scary headlines to guide their parenting decisions,” he said. “Just because the research indicates screen time doesn’t play a big role doesn’t mean they shouldn’t set rules that work for their family.”

His own work has shown that it’s the quality of what kids watch on screens, and whether parents are involved in that screen time, that matters the most. And the same can be said of all the ways the younger generation is interacting with technology.

“I think kids and parents need to be engaged in an active dialogue about tech use and need to be realistic that nothing magical happens when someone turns 18,” he added. “Rather, there is a trial and error of process that parents help kids with and tech is one small part of this wider process.”

[The Journal of Pediatrics]