Scottish City Looks To Silence Obnoxious ‘Silent’ Discos: ‘There Is A Lot Of Whooping’ 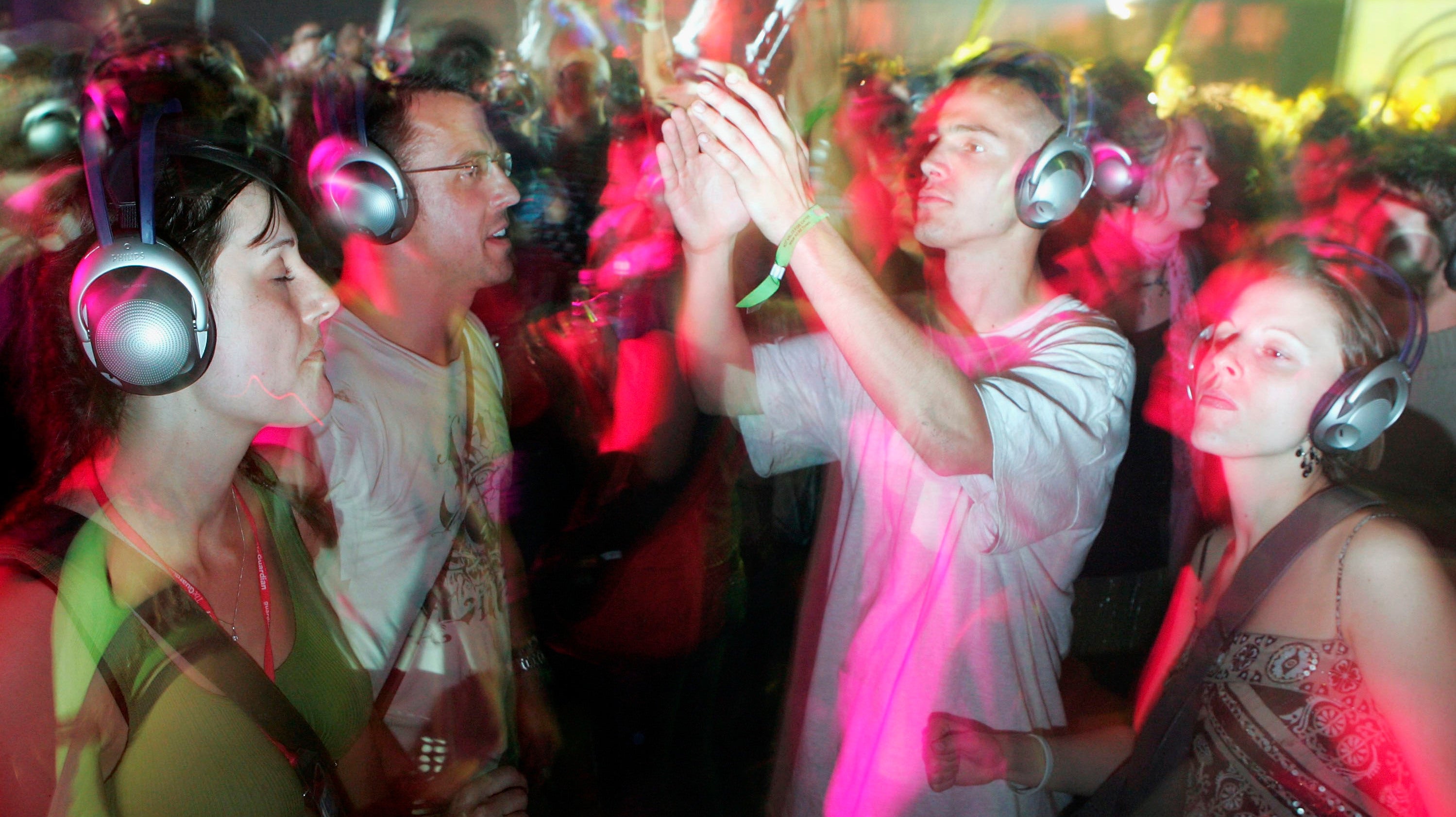 A city council in Scotland is considering a crack down on “silent discos,” which residents have complained are too loud—making them just regular discos, I guess.

According to the Telegraph, the Edinburgh City Council is examining how to reign in the events after increased complaints that they are too noisy and put people at risk of walking into traffic. “There is a lot of whooping and screaming, especially when you have 40 women on a hen party,” said councillor Jo Mowatt, the Telegraph reports. “There is also the safety aspect as who is going to have to step in the road due to the groups taking up the pavements?”

Mowatt said that “many” constituents have reached out to her about the issue, one that she claims the Old Town Community Council has been dealing with for “around nine months”.

Silent discos involve a group of people dancing to music they are listening to through wireless headphones rather than a publicly audible speaker system. According to the Herald Scotland, Jay Feeney, marketing director of Silent Adventures, said that his company is the only group running silent discos in Edinburgh year-round, and blames the city’s fringe festival for complaints about the gatherings.

Feeney said that during the Fringe — an annual event promoted as “the largest arts festival in the world”—there were several other silent disco tours going on. “I feel this is a bit of a punishment from the aftermath of the Fringe,” he said. “Some of them looked a bit out of control.”

One annual Fringe event, a silent disco led by Australian entertainer Guru Dudu, was covered by the Scotsman last year as “anything but silent.”

Mowatt told the Herald that the council might be able to find existing statutes to regulate the events, complaining that the city’s current approach is ineffective. “The current legislation does not serve the residents of the city who never get a break from activity such as this,” she said.

Edinburgh wouldn’t be the first city to block silent discos for making too much noise. In 2016, the Swiss city of Lausanne denied the application for organisers of the aptly named For Noise Festival which planned on holding two silent discos. And in 2014, the Austrian city of Salzburg wouldn’t renew the licence for a silent disco in a public park, also because they were found to be “too loud and wild.”