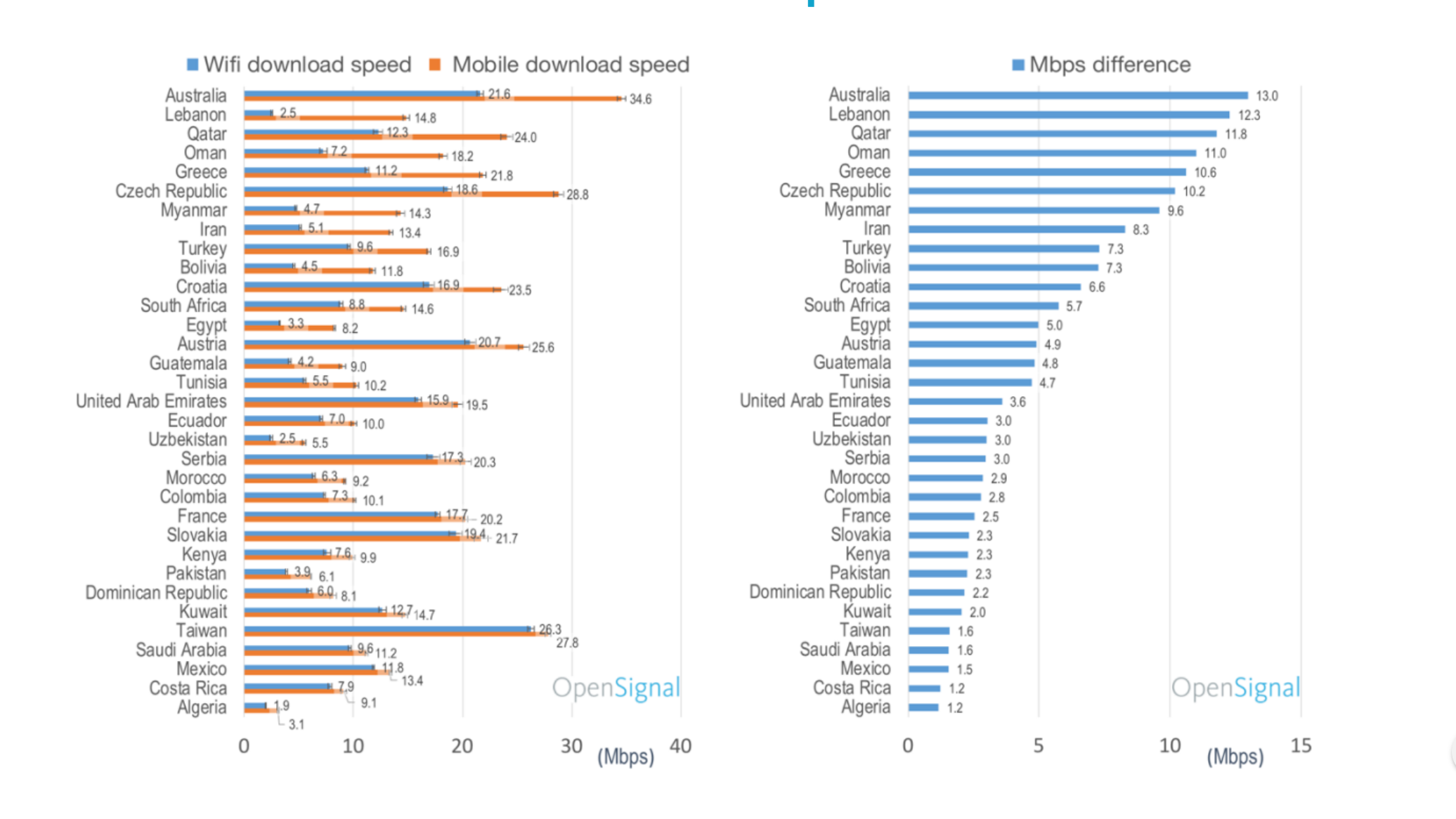 While you might assume that wifi will always trounce cellular data, a new study shows that in many countries the opposite is true. Mobile analytics firm Open Signal has pitted wifi and mobile internet against each other in 80 countries and found that average mobile download speeds were faster in 33 countries.

The 33 countries span nearly every continent — including Africa, Asia, Europe, and Latin America — and include rich and poor nations alike. In Australia, cellular outpaced wifi speeds by 13Mbps, according to the study. Open Signal also saw gaps of 10Mbps or more in Lebanon, Oman, Qatar, Greece, and the Czech Republic. (For reference, Netflix recommends speeds of at least 5Mbps for an HD stream.) Generally, there were plenty of countries where the speeds were competitive with one another, but Open Signal argues that smartphone makers may need to rethink their tendency of prioritising wifi.

For instance, the study found that even in places where wifi was faster, there was no correlation with the time phones spent connected to wifi networks. That’s because phones are designed to automatically connect to wifi, regardless of whether it’s faster. The study also highlighted a need for better indoor cellular service, as more people may increasingly want to opt for cellular over wifi.

As for the U.S., cellular lagged behind wifi by roughly 25Mbps in the study. In short, that’s because there’s a stronger fixed network. The same was true for other countries where broadband networks are relatively strong, like Hong Kong, Singapore, South Korea, and Japan.

Will these results change when 5G inevitably rolls out? Probably. But while 5G promises drastically faster speeds, actually deploying it may be a bit of a mess in the U.S. as telecom companies and the FCC duke it out with local governments.