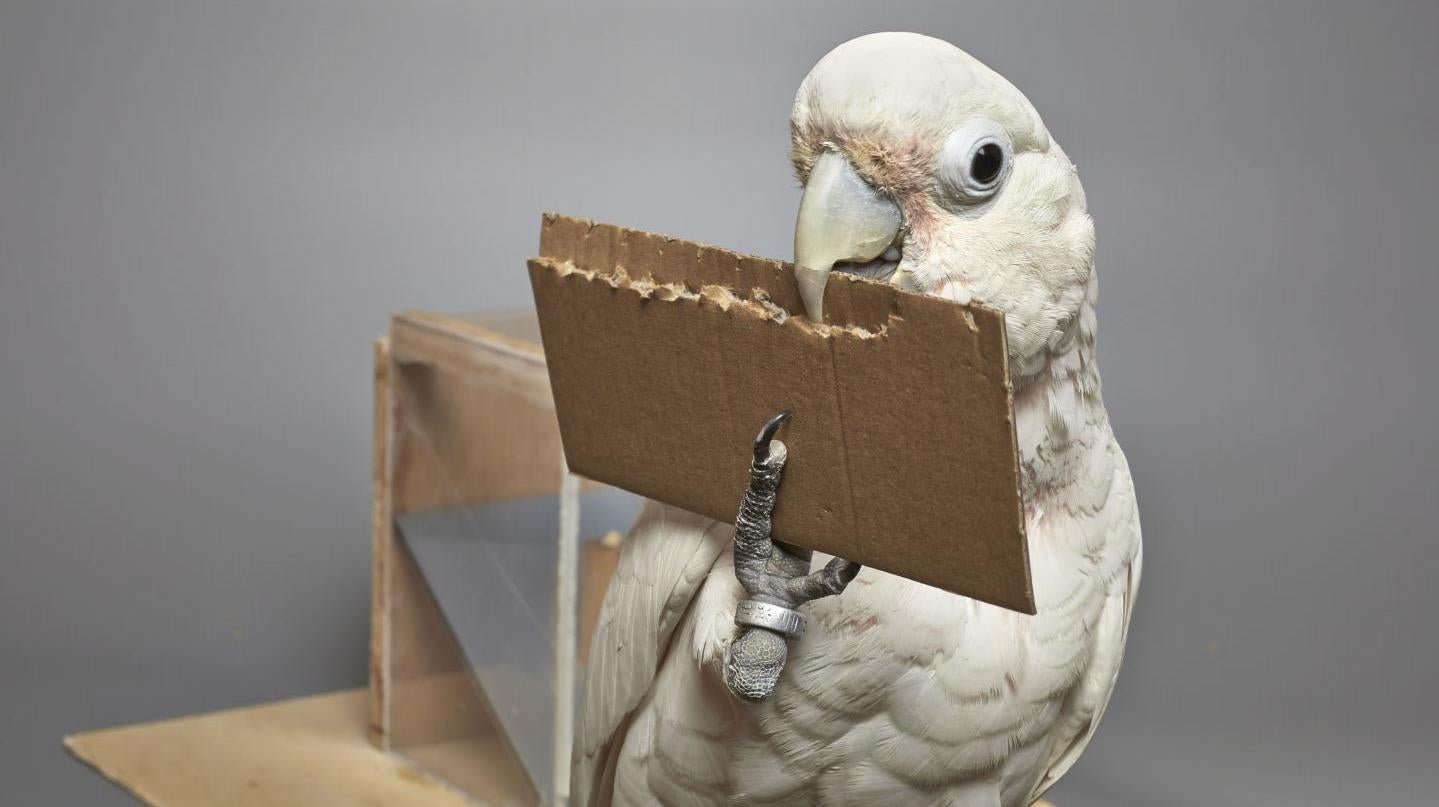 Cockatoos have once again demonstrated that birds have surprisingly advanced tool-making abilities — particularly when delicious cashews are involved.

Just last month, one team found that New Caledonian crows, the well-known toolmakers, could build tools from multiple components in order to extend their reach. Now, other researchers have found that one species of cockatoo, not previously known to use tools, can alter the length of cardboard strips in order to reach food.

And the research happened accidentally, explained study author Alice Auersperg from the Medical University of Vienna in Austria. “One day, one of these birds built a tool to rake food into his cage that had fallen out,” she explained. So they began studying tool use in the birds, trying to see if they’d put effort into making longer tools to reach farther-away rewards. 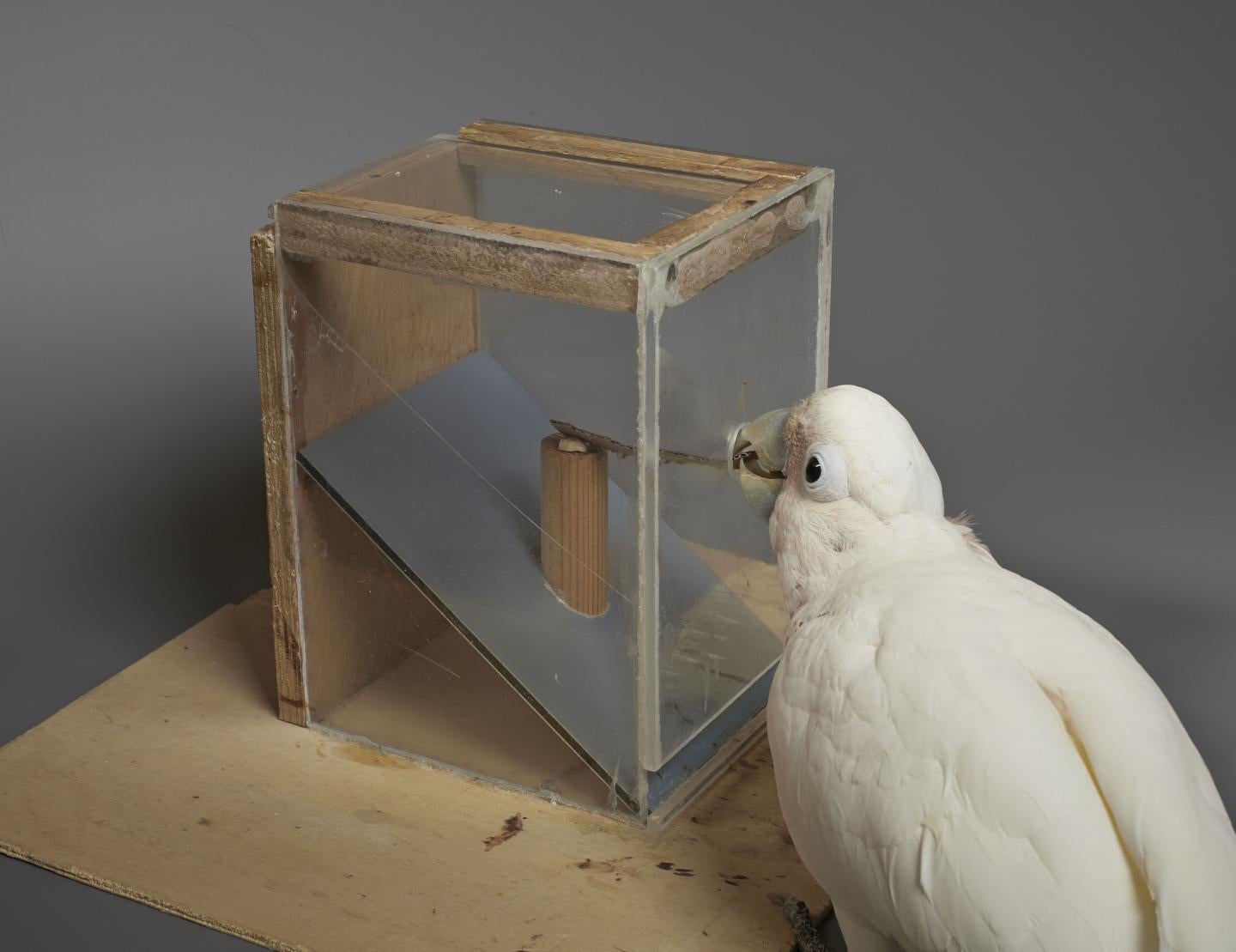 The study began by training six captive cockatoos who had previous experience with tool use, though not in the way presented in this study. They were shown with a transparent box with food on a platform sticking out of a slanted plane. The food could be placed at either 4, 10 or 16cm from a large or small circular opening in one of the box’s panels, which had a slot at the bottom.

The cockatoo would need to knock the food down the slant and out of the slot. They were also given a piece of cardboard. All the birds had previously been trained to cut strips of cardboard using their beaks.

The six birds, named Kiwi, Konrad, Pipin, Dolittle, Figaro, and Fini, were introduced to the apparatus and then attempted to rake the food when it was placed first at 4cm, and then 16cm away.

The birds appropriately fashioned longer tools for further food, and seemed to toss out tools that appeared too small for the distance before even attempting to retrieve the reward. They generally could not adjust the width of the tool for the smaller hole (Fini was able to do it, though), according to the study published in PLOS ONE.

It’s unclear if this is due to cognitive limitations or if it’s just hard to make skinny cardboard strips when all you have at your disposal are talons and a beak. This is something that would need to be studied in followup research. 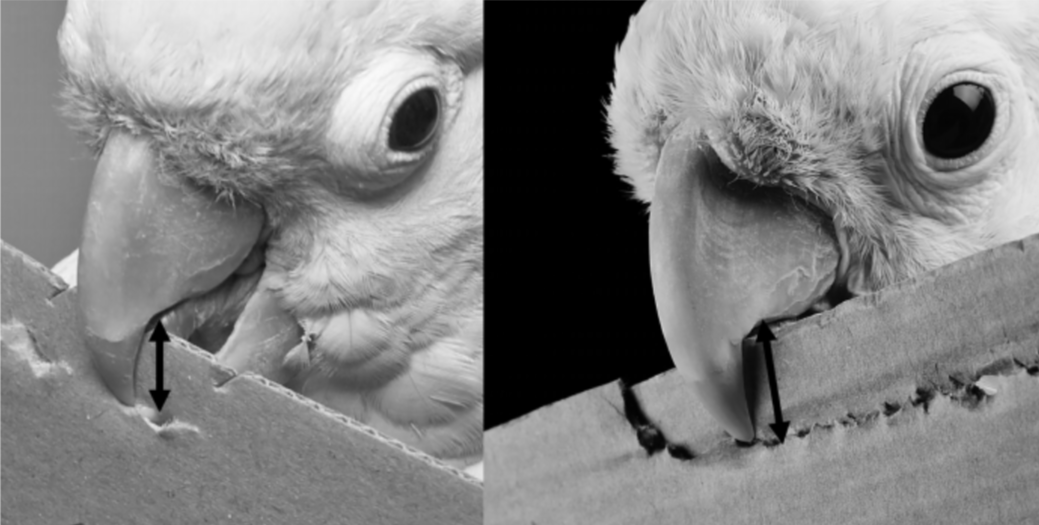 While this isn’t quite as complex as New Caledonian crows attaching two pieces together in order to create a new tool, it’s still pretty nuts. “It is very exciting to see that a bird species that does not use tools habitually in the wild can not only construct and invent tools flexibly in an experimental situation, but that it very precisely creates that tool according to the requirements of the tasks, i.e., adjusting its length and avoiding unnecessary effort,” Auguste von Bayern, research group leader at the from the Max-Planck-Institute for Ornithology, told Gizmodo.

“This may be taken as a further indication that these birds might be relying on some form of mental representation of the tool” in order to make it work.

Birds! They’re good. They can make tools and have feathers and they’re also dinosaurs.