Cleaning Your Baby’s Dummy By Sucking On It Prevents Allergies, New Research Suggests 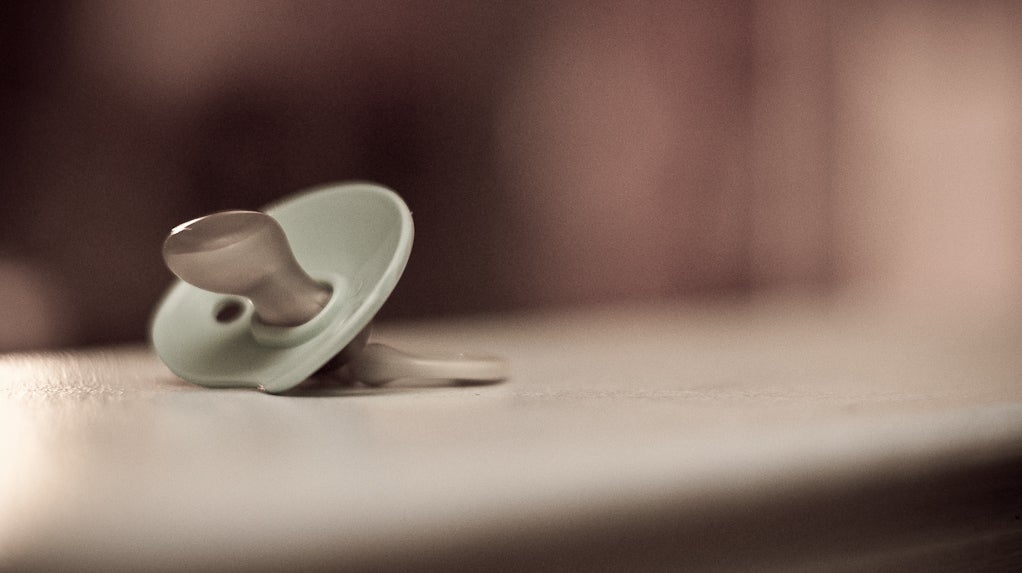 It’s a scene parents and caregivers are all too familiar with: an infant’s dummy falls to the floor. When this happened with my first born, I rushed to clean the soiled soother by boiling it in water or carefully washing it in the sink. But by the time my second child was born, I was considerably more relaxed, and I started do something some parents might consider a bit gross — I sucked on my child’s fallen dummy to clean it.

I didn’t realise it at the time, but as new research suggests, I might actually have been doing my child’s immune system a favour.

Mothers who clean soothers by sucking on them have infants with a lower allergic response, according to new research conducted by scientists from Henry Ford Hospital in Detroit. The lead author of the new study, allergist Eliane Abou-Jaoude, will be presenting her team’s findings at the annual meeting of the American College of Allergy, Asthma, and Immunology (ACAAI), which is being held in Seattle this week.

“We know that exposure to certain microorganisms early in life stimulates development of the immune system and may protect against allergic diseases later.”

The researchers found that the children of soother-sucking mothers had lower levels of an antibody called immunoglobulin E, or IgE. This antibody is related to allergic responses in the body, said Abou-Jaoude. With some exceptions, higher levels of IgE levels indicate a higher risk of having allergies and allergic asthma.

The associated decrease in IgE levels, and thus the protective effect against allergies, started at around 10 months, and the effect continued through to 18 months. More research is needed to understand what’s going on, but Abou-Jaoude suspects that mothers are transferring health-promoting microbes to their children. The researchers would also like to know if the lower IgE production seen in these children continues into their later years.

That cleaning soothers by sucking on them could help to prevent allergies isn’t totally shocking. Research published in 2016 showed that Amish children are less susceptible to allergies, a likely consequence of their exposure to a wide variety of microbes. Similarly, kids who bite their nails and suck their thumbs develop fewer allergies.

These findings add further credence to the “hygiene hypothesis” — the idea that the increasing rates of autoimmune and allergic diseases seen around the world are related to society’s (relatively) newfound obsession with cleanliness. Some dirt and grime, so to speak, might actually be doing our kids some good.

“We know that exposure to certain microorganisms early in life stimulates development of the immune system and may protect against allergic diseases later,” said Abou-Jaoude. “Parental [dummy] sucking may be an example of a way parents may transfer healthy microorganisms to their young children.”

Importantly, the new study points to an association between parents who suck on their child’s dummy and children with lower IgE levels — but that doesn’t prove that dummy-sucking causes lower IgE. Correlation, as we know, doesn’t always imply causation. Another thing to remember is that this research was based on the self-reporting of parents. According to the new research, a mere 12 per cent of mothers said they use the sucking technique to clean dummies.

The real figure could be higher than that, if some mothers did not want to admit to the practice. It could also be lower. Regardless, this uncertainty could be affecting the results.

And lastly, this research doesn’t speak to the risks associated with cleaning dirty, potentially germ-ridden soothers by sucking on them. Picking up a soother from the floor of a shopping centre or airport, and then cleaning it by sucking, could be putting both parent and child at risk of contracting communicable diseases. This new study, while offering some important new insights into the factors that influence a child’s allergic response, should not necessarily be taken as an endorsement of the practice.