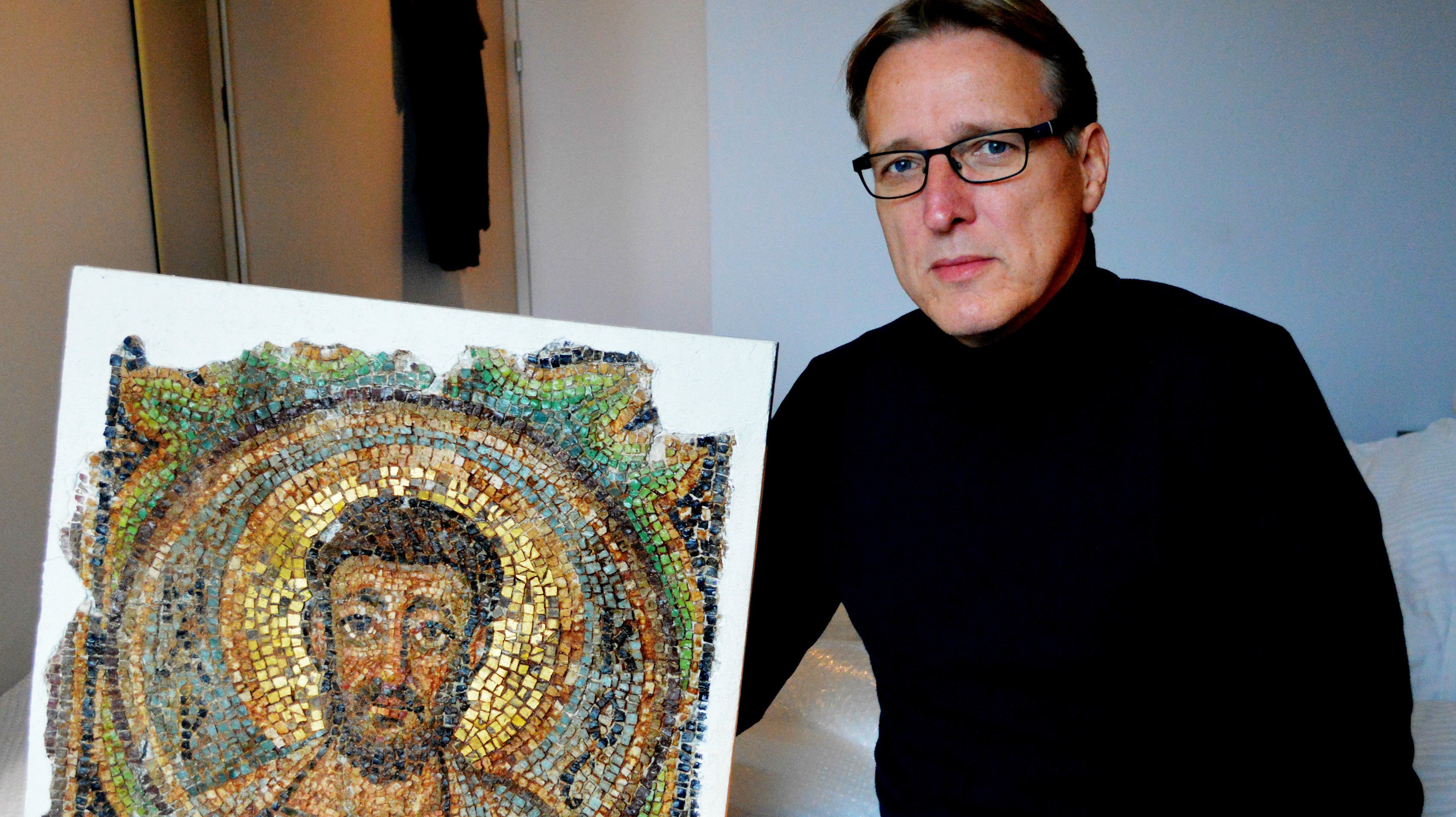 A sleuth famous in the art world for tracking down works of art thought to be lost or destroyed has delivered one of his greatest finds yet – a Byzantine-era mosaic of Saint Marks that was stolen from a Cyprus church after the Turkish invasion in 1974.

Arthur Brand is a Dutch art historian who moonlights as an investigator of art crimes. He’s reportedly recovered more than 200 works of art, according to CNN.

His findings range from Surrealist paintings to a copy of the Gospel of Judas to artwork stolen by Nazis.

In 2015, Brand retrieved two horse sculptures by Josef Thorak that stood outside of Adolph Hitler’s Reichstag building. According to the Independent, Brand reportedly used satellite images, archival documents, and military informants to figure out the location and authenticity of the sculptures, thought to have been lost in the Battle of Berlin. Then he reportedly created a fake Dallas-based art buyer persona to gather more information so that he could tip off German law enforcement.

For about the last three years he’s been hunting a 1,600-year-old mosaic that he returned last week to Cyprus.

According to Agence France-Presse, Brand first started looking for this mosaic when a London art dealer tipped him off that it was in Monaco. Brand told the outlet that he used several intermediaries — many in the underground art scene — to determine the apartment where the art was located.

Brand wrote on his website that the owner of the artwork (who wishes to remain anonymous) inherited it from his father, who allegedly did not know it was stolen when he bought it in the 1970s.

“It was in the possession of a British family, who bought the mosaic in good faith more than four decades ago,” Brand told AFP. “They were horrified when they found out that it was, in fact, a priceless art treasure, looted from the Kanakaria Church after the Turkish invasion.”

After the owner was contacted by Brand, they agreed to give it back to “to the people of Cyprus” in exchange for payment to cover the cost of storage and restoration.

Brand told AFP that finding the mosaic “was one of the greatest moments of my life.”

The mosaic is believed to be worth five to 10 million euros (between $8 million to $16 million), according to AFP. Brand returned it to the Embassy of Cyprus in the Netherlands on November 16. The piece made it to Cyprus two days later.

Brand believes this mosaic is one of the last artworks stolen from the Cyprus church in the invasion that had yet to be returned.