These days, the idea of trying to contact spirits using technology calls to mind those reality shows that send obnoxious “ghost hunters” into abandoned hospitals. But as a new book investigates, the practice has a whole lot more history and nuance behind it than that.

That book is Strange Frequencies: The Extraordinary Story of the Technological Quest for the Supernatural by Peter Bebergal, who Gizmodo last spoke to back in 2014 for Season of the Witch, his book about the intersection between rock ‘n’ roll and the occult.

Bebergal’s latest unusual exploration is both a history lesson and eyewitness account, as the author attends a seance with an artist who specialises in photographing mediums, interviews an electronic voice phenomenon (EVP) researcher, and attends performances that push the boundaries of “stage magic,” to name just a few of his experiences. Along the way, he digs deep into the past, framing the contemporary search for proof of the spirit realm (there’s an app for that!) as a fascination that stretches back thousands of years.

And before any sceptics click away from this page, Strange Frequencies doesn’t claim to offer any proof that ghosts exist. Instead, Bebergal is way more interested in why human beings have always been so obsessed with piercing the veil — as well as the state of mind that one must get into before they can begin to open their mind to such fantastic possibilities. The book is available now, and we caught up with the author just before Halloween to learn more.

Gizmodo: Many of the subjects in Strange Frequencies can point to a specific moment that really sparked their interest in the link between technology and the spirit world — like the woman who believes she received a voice mail from a deceased relative. Did you have your own moment like that, and what made you want to explore this topic in a book?

Peter Bebergal: I think I was prepped from childhood [to be interested in the subject] — particularly growing up in the ’70s and ’80s. Everything was awash with things like monsters, the paranormal, In Search Of…, Bigfoot, and reruns of The Twilight Zone. I think the impact of a movie like Poltergeist, as I describe in the book — that the spirits would actually manifest in the home through the television set — was such a startling thing. It was so of the era — the TV was such a part of our lives.

Then I met the photographer that I talk about in the book, Shannon Taggart, whose work [investigates] the historical idea that technology was this medium by which spirits could make themselves known. What was interesting about Shannon’s work was that she wasn’t trying to prove either way that spirits did or did not exist, she was just trying to capture what would happen when she allowed the camera to create this kind of ambiguous moment.

You’re seeing something where you’re not sure what you’re seeing. You could argue it’s a glitch of the camera, but it’s like when you’re watching a magic trick and for a split second, you’re enchanted by that moment. That little tiny split second of doubt, or ambiguity, was something I wanted to see if I could blow up. What was fascinating was that technology seemed to be something that, historically, people were using to amplify these enchanted moments when we, just for a second, suspend disbelief. 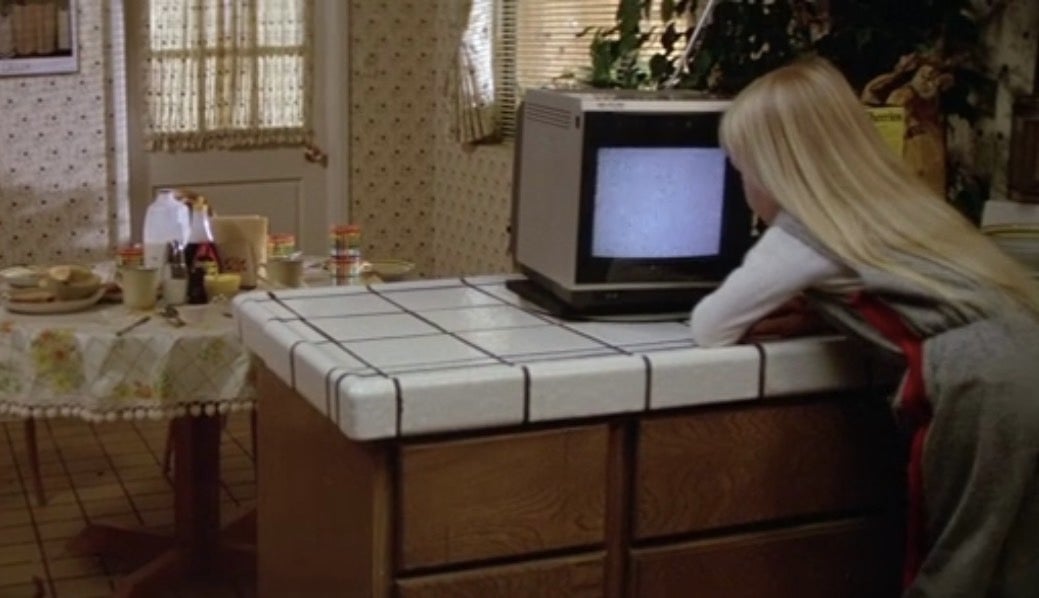 Gizmodo: Strange Frequencies’ study of the intersection between tech and the supernatural starts way before the invention of the camera — we’re talking Biblical times. What made you want to frame the subject with such historical context?

Bebergal: I realised that technology doesn’t have to mean complex circuits. Technology could be defined as any way in which human beings have materially tried to interact with our environment, with nature, with the spirit world, with the divine.

Any time that we are synthesising the things around us — whether it’s with a crystal to try and peer into a spirit realm like John Dee did in Elizabethan England, or the person who is hacking an FM radio to try and hear spirits — there are so many resonances.

It almost seems like there’s something about the human being that’s a hacker at our core, trying to take the thing and see how we can reimagine it, taking it apart and seeing how it works, and seeing if we can do something different with it. I wanted to see if this contemporary idea of the hacker was something that could be traced as far back as someone using a seeing stone — thinking about how human beings have tried to use technical means to interact with our environment in ways that can seem unorthodox, or sometimes even dangerous.

Gizmodo: Speaking of contemporary ideas, I didn’t realise until I read Strange Frequencies that there are actually apps for trying to contact spirits through your phone. What was your experience like with that, and how do you think this curiosity will continue to evolve?

Bebergal: Obviously, the fact that people have created iPhone apps is just part of this trend that we’ve been seeing for millennia. As soon as the camera was invented, the first thing people wanted to do was see if they could interact with the spirit world. Same with the telegraph. The iPhone app is really a perfect continuation of this tendency that we have.

I think what happens, though, is as the technology increases, [so does] our ability to — I don’t want to say deceive, but certainly to use more trickery to try and induce these kinds of moments. As camera technology became more advanced, it was harder for people to try and explain that there was some other means by which a spirit was somehow appearing on the film. 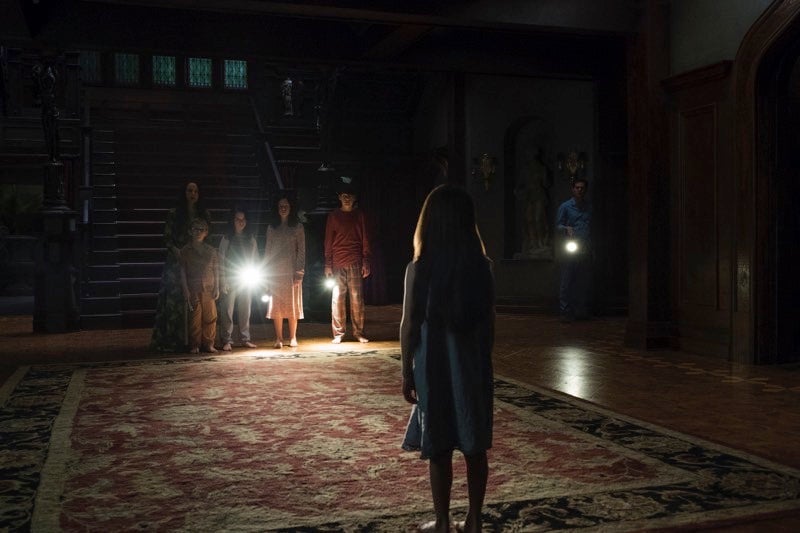 I do think it’s important to say, though, that just because something is a trick doesn’t mean it’s meant to deceive. Sometimes tricks are meant to create these states of consciousness that we enjoy — that we somehow purposefully put ourselves in front of.

My wife and I have been watching The Haunting of Hill House and there are some really startling moments in that show. Why is it that we can feel chilled to the bone by something that we’re just watching in our living room? We know it’s Netflix and we’re going to watch one episode after the other, right?

Even though there’s a trick that’s going on there, there’s still something about those activities and those ideas that we purposefully still want to engage with. And technology has continued to be the means by which we can do that.

My own experience using those apps, though, I found definitely problematic, because they don’t sell them as ambiguous. They sell them as very literal, and I think when you try to literalise any of these kinds of things, that’s where the sceptical mind immediately begins to crop up. If you just allow for it to be a playful interaction with these ideas, I think that’s more likely that you can enter into those states of mind.

But when somebody tells you “This thing is actually going to speak to spirits,” I think it’s not quite as successful.

Gizmodo: Now that more or less everyone has a camera on them at all times, do you think people have become more sceptical?

Bebergal: I think you are more likely to have people feeling that they aren’t going to be limited if they encounter something that they would like to capture. What’s interesting is, why are we living in a time right now where there are more books on witchcraft being published more than any other time, except maybe the late ’60s?

No matter how advanced we seem to be, technologically speaking, even having an incredibly powerful computer in our pocket, it in no way is limiting our capacity to wonder and to engage with these ideas. I know that it’s easy to be sceptical and say it’s all bunk — but I don’t think that’s a very interesting question: “Do spirits exist or not exist?”

The interesting question to ask is, why do we continue to engage with these things in this way? Why has technology always seemed to have been a vehicle through which we want to engage with them, even though the science that often makes these technologies possible tells us these realities are not true? 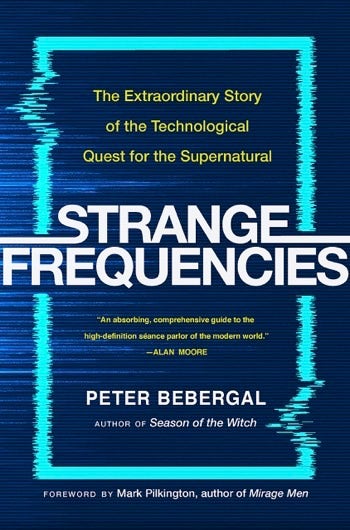 Gizmodo: There are moments in the book where you seem pretty unconvinced — like when you encountered “ectoplasm” as part of a séance. But did you ever have an experience that made you pause and question reality a little bit?

Bebergal: Let’s put it this way — I was very open to that happening. I really thought the place that was going to happen was when I was doing the electronic voice phenomena experiments. There were a couple of places where there was a voice that seemed to say the word “skeleton” a few times.

But, again, it gave me a little bit of a creepy feeling, but it didn’t really go the distance. If something had happened, I would have written about it. But what was interesting was to be in that place where I was actually using EVP type equipment and using these techniques and finding myself in that state of mind where these things could actually be true — it is its own kind of weird head space that you get into.

But I do think that [the main place] where I felt that I wasn’t always sure what was going on was, again, when I was looking at Shannon’s photographs. [The séance that we attended together] didn’t have any strange moments, but looking at the photographs after the fact, and how the photographs often corresponded so closely to the narrative to what had been described, can be very eerie.

I don’t know if it’s just that photography seems to do the best job of that kind of thing — I think part of that is because Shannon allows for ambiguity. Some of these things that people were doing, like electronic voice phenomena, really require a literal mind of believing or not believing and I’m not very good at that. I prefer to live in these ambiguous places — when something asks me to believe full-on, my reaction is to not believe at all.

The chapter where I described these devices like [meditation tool] “the Dreamachine,” where you really allow yourself to be open to new ways of thinking, are much more powerful than having an experience where you think you’ve maybe seen a ghost. Unfortunately or fortunately I didn’t have any experiences like that, but that’s not to say while writing this book I didn’t have moments of what I would call real enchantment.