The latest episode of Legends of Tomorrow took us back to the Salem Witch Trials, giving us a chance to further explore Zari’s trauma. But it also featured a fantastic nod to the Fairly OddParents, and my head canon wheels are a’ turning.

“Witch Hunt” followed the path laid by some of Legends of Tomorrow’s greatest episodes, allowing whimsy and tragedy to exist side-by-side. The latest magical anachronism, something Ray is calling “Mythteries,” has appeared in Salem, Massachusetts. A singing fairy godmother straight out of Disney has shown up to help a young girl named Prudence, whose mother was falsely accused of witchcraft. Prudence is pissed the right off, and this fairy godmother is here for it. She’s sick and tired of helping vapid girls get to the ball. She wants fire, brimstone, and murders of crows. So many murders of crows.

If the fairy godmother seems familiar to you, that’s because she’s played by Jane Carr. She’s a talented actor with decades of television and film experience, but I know her best as Mama Cosma, Cosmo’s mother, on Nickelodeon’s Fairly OddParents. She’s basically playing the exact same character in “Witch Hunt,” and that makes me so happy I could sing too. Only with slightly fewer murders of crows. Maybe. 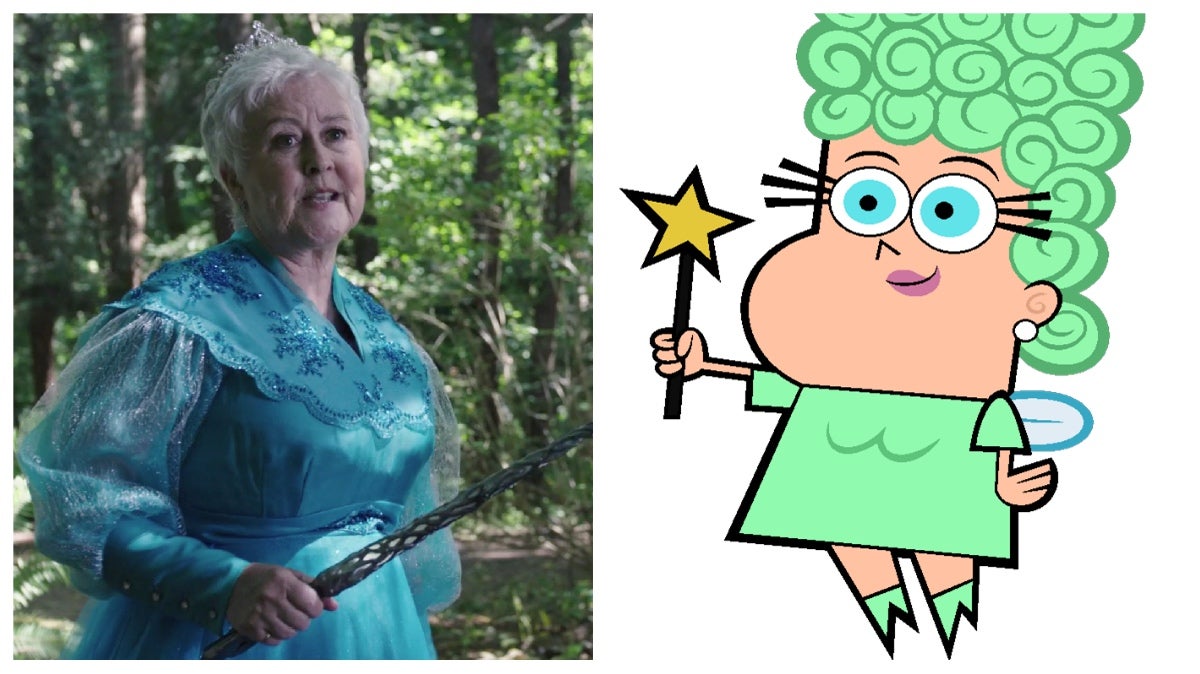 The likeness is uncanny. (Image: The CW,Image: Nickelodeon)

As I watched “Witch Hunt,” I couldn’t help but create this elaborate Fairly OddParents crossover in my head. Let’s call it, The Tragedy of Mama Cosma. In the Nickelodeon series, Cosmo the effervescent fuck-up was the last baby born to fairies before conceiving children was banned (yeah, it’s messed up), hence why Mama Cosma was so protective of her son. Presumably, this all happened thousands of years ago, as Cosmo and Wanda have been married for at least 10,000 years.

In the centuries after this tragedy—being, as she is, the last fairy to produce a child before the practice was outlawed—Mama Cosma sought to fill the void by helping young people. As was her duty. But the rage inside of her grew. She was angry at the fairy world for restricting reproductive rights but became even angrier at humans for caring more about their own petty shit than the generational genocide of their magical protectors. So, when Prudence came into the picture, a young girl in unfathomable pain facing a repressed and riotous society, Mama Cosma knew she’d found an outlet for her own rage. Enter the murders of crows. Eating all those pilgrims’ faces.

I know the Legends of Tomorrow episode is actually about Zari coming to terms with her own repressed anger, recognising that the death of her mother isn’t something she can bury underneath sarcasm anymore, but dammit, my heart also sides with poor (unsanctioned) Mama Cosma. Her stupid son, whom she loves so dearly, led to a moratorium on life itself that lasted for thousands of years. And John Constantine sends her to hell for the crime of trying to cope with the guilt. At least Wanda and Cosmo got a child in the end. But if the Legends changed the timeline, Mama Cosma won’t be there to meet him. Because she’s in hell. 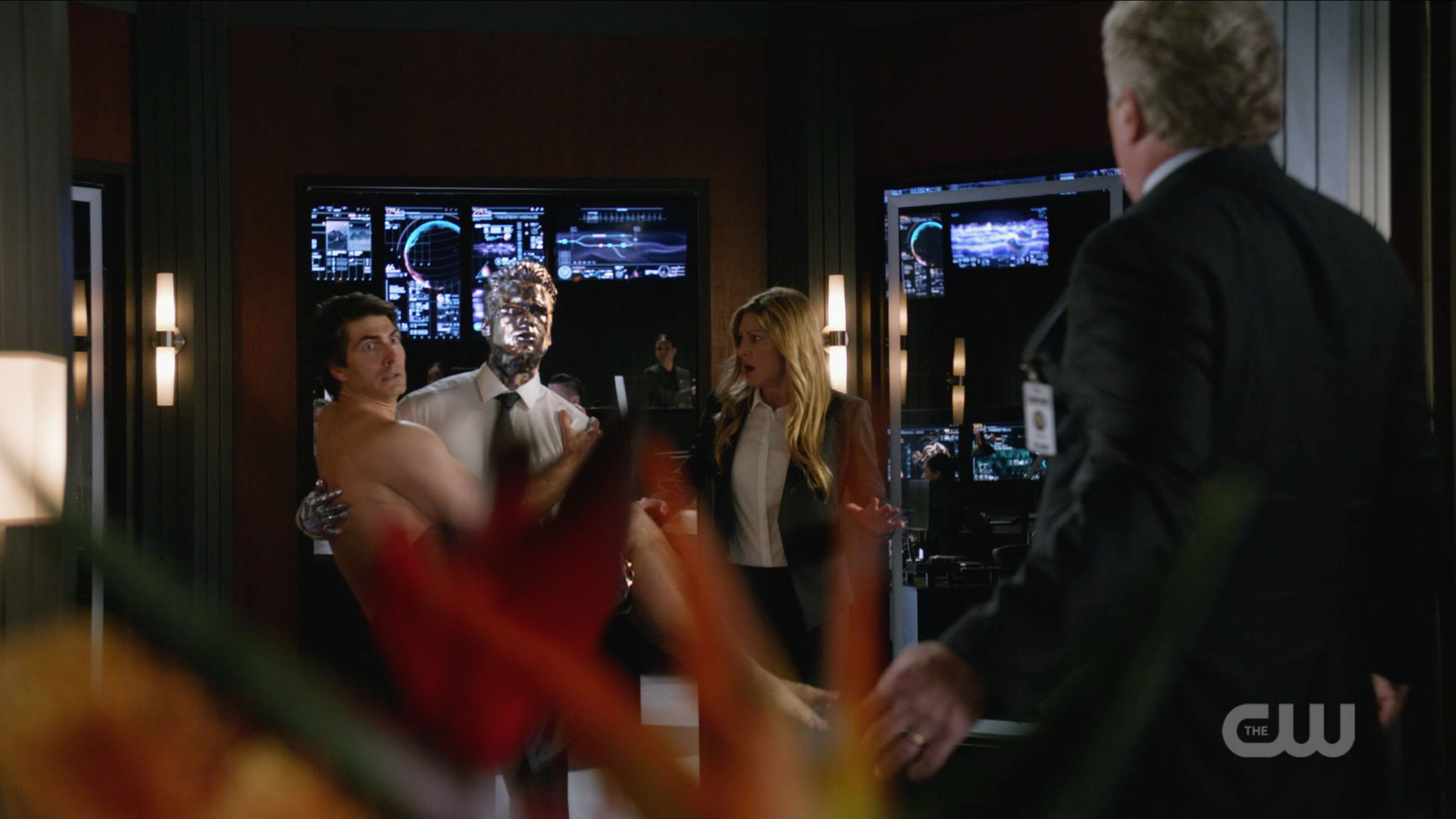 Ava’s a bit stunned, but for the Legends this is pretty much Thursday. (Image: The CW)