Intriguing German Fossil Could Be An Entirely New Species Of Archaeopteryx

The winged Archaeopteryx is one of the most famous dinosaurs known to science, yet arguments persist about its place in the evolutionary family tree. The reported discovery of an entirely new species of Archaeopteryx with distinctly bird-like characteristics suggests its relationship to modern birds is more meaningful than we realised. Critics, on the other hand, say it's premature to designate the fossil specimen as belonging to a new species.

It's called Archaeopteryx albersdoerferi — a Jurassic dinosaur that's less reptile-like and more bird-like than any other known Archaeopteryx species, according to new research published today in Historical Biology. If confirmed, it would only be only the third species of Archaeopteryx identified among the 12 known fossilised skeletons (or 10, depending on who you ask).

This particular fossil was discovered in 2009 (it's referred to as number eight), but a new scanning technique was used for the analysis, so it's classic case of an old fossil being view through new eyes. That the authors of the new study would declare the specimen a distinct species shouldn't come as a surprise.

Virtually every new fossil of Archaeopteryx has, at first, been declared a new species before eventually being slotted back into one of the two known species, either Archaeopteryx lithographica or Archaeopteryx siemensii, after further scrutiny. The same could happen to Archaeopteryx albersdoerferi, but only time will tell.

Archaeopteryx is one of the most intriguing dinosaurs in the palaeontological record. Discovered back in the 1860s, this Jurassic-era dinosaur was celebrated as being a conspicuous demonstration of evolution in action. Not quite lizard and not quite bird, it seemed to show, almost literally, lizards evolving into birds. Archaeopteryx was thus branded a "transitionary" species — a so-called missing link between extinct dinosaurs and modern birds.

Over the years, however, palaeontologists have struggled to place Archaeopteryx in the family tree that leads to modern birds. The discovery of other dinosaur-era bird-like creatures, with sizes and characteristics more in keeping with the appearance of modern birds, led some scientists to conclude that Archaeopteryx was an evolutionary dead end, and that modern birds have a different common ancestor.

Archaeopteryx was dubbed a "convergently bird-like non-avialan theropod," which means a non-avian feathered dinosaur that acquired bird-like characteristics through the processes of convergent evolution.

That's what makes this new analysis so potentially important. The lead author of the new study, Martin Kundrát from Pavol Jozef Šafárik University in Slovakia, said the specimen is more like modern birds than any other Archaeopteryx specimen uncovered to date. The new paper is thus nudging Archaeopteryx a step or two closer to the family tree that leads to modern birds.

This Archaeopteryx fossil was pulled from the Mörnsheim Formation of Germany, and it's the youngest of all the known Archaeopteryx specimens by about 500,000 years, according to the study. All Archaeopteryx fossils date back to the Late Jurassic some 150 million years ago, a time when the first bird-like dinosaurs were emerging.

It bears a close resemblance to an older species known as A. lithographica, the researchers claim, but the age of the new fossil, in conjunction with its unique physical characteristics, single it out as a distinct species of Archaeopteryx.

To study the specimen, Kundrát's team used a scanning technique called synchrotron microtomography, which allows scientists to visualise specimens in three dimensions and to observe interior features without having to cut them open.

"By digitally dissecting the fossil we found that this specimen differed from all of the others," John Nudds, a co-author of the study and a palaeontologist at Manchester University, said in a statement. "It possessed skeletal adaptations which would have resulted in much more efficient flight. In a nutshell we have discovered what A. lithographica evolved into — a more advanced bird, better adapted to flying — and we have described this as a new species of Archaeopteryx."

The researchers documented several distinct skeletal characteristics, such as the fusion of its cranial bones, unique wing elements and pectoral girdle (chest), and a hardier arrangement of hand bones. Importantly, none of these features are found in the older Archaeopteryx specimens, which tend to be more reptile-like in their features, noted the researchers.

"This is the first time that numerous bones and teeth of Archaeopteryx were viewed from all aspects including exposure of their inner structure," said Kundrát, "The use of synchrotron microtomography was the only way to study the specimen as it is heavily compressed with many fragmented bones partly or completely hidden in limestone." 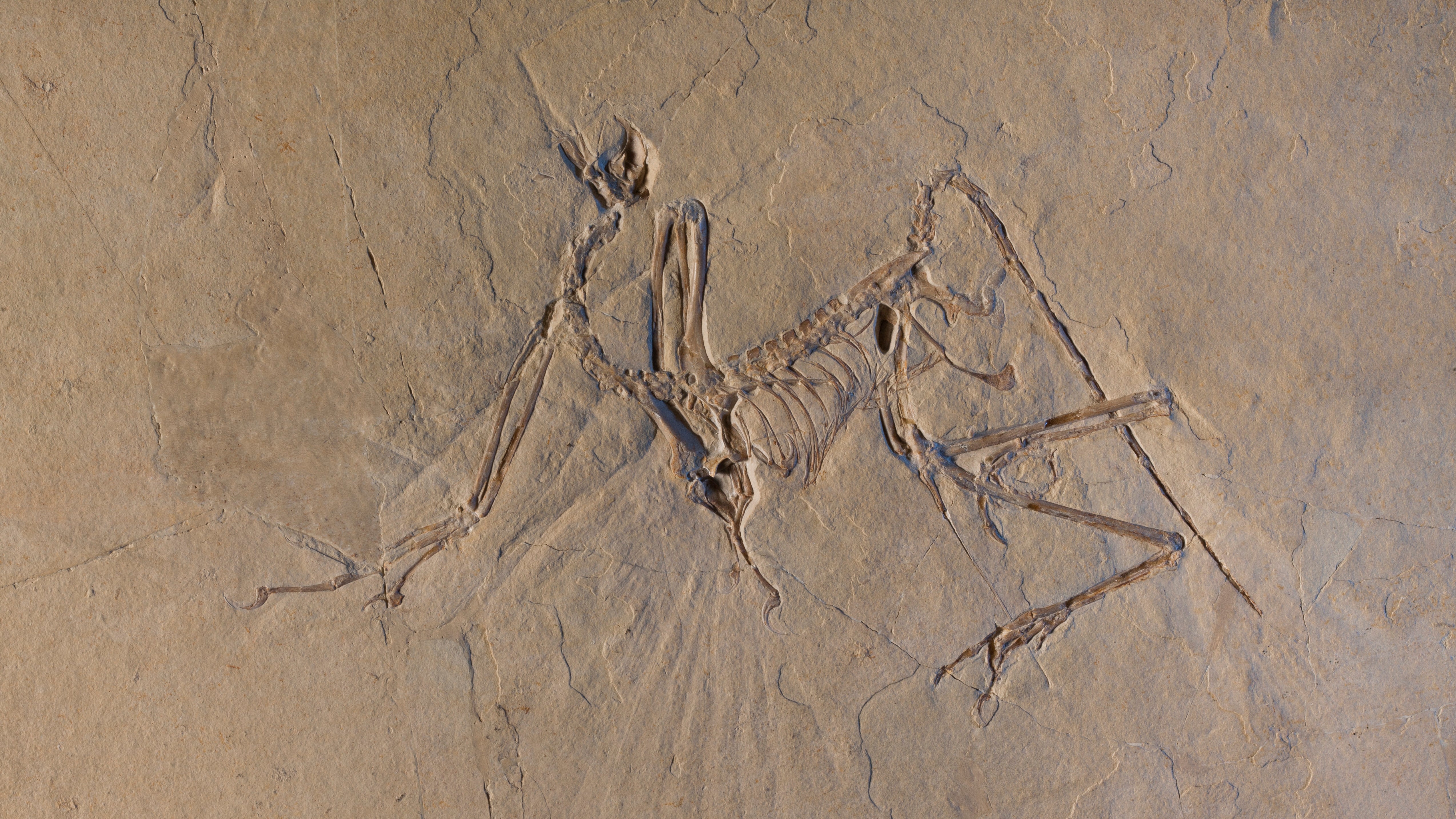 Owing to its distinctly bird-like features, Archaeopteryx is one of the most intriguing dinosaurs known to science. Since its discovery some 150 years ago, palaeontologists have wondered if the Late Jurassic dinosaur could actually fly.

Troublingly, the researchers claim their new study offers "the first synchrotron microtomographic examination of the [Archaeopteryx] genus," which is categorically untrue. Earlier this year, a research team from from the European Synchrotron Radiation Facility in Grenoble, France, and Palacký University in the Czech Republic used a synchotron to study the flight potential of Archaeopteryx. That Kundrát and Nudds failed to account for this closely related research, published in Nature Communications, is a glaring omission.

Dennis Voeten, the lead author of the Nature Communications paper, said the new study provides "a welcome contribution to our understanding of the variability that Archaeopteryx exhibits within the genus," but he's not convinced the fossil represents a new species.

"Nearly all specimens have been included in their own species at some point, and later revisions remained incapable of separating these animals in a limited number of well-defined 'natural' species," Voeten told Gizmodo.

The rate of growth and physical variability of Archaeopteryx "remains challenging to reconstruct," he said, and several key characteristics, such as the sizes of bones and subtle physical traits, could be the result of individual variation, or even deformations of the bone after the animal died, rather than the signs of a separate species.

"Nevertheless, this new paper provides a powerful second example of the value of synchrotron tomography in reliably visualising the internal structures of priceless and fragile fossils," he said. "Future evaluations of the beautiful fossils of Archaeopteryx will undoubtedly reveal which morphological characters are associated with its true specific diversity, and which result from other factors in play."

As a final aside, the top image used in this post — an artist's reconstruction of A. albersdoerferi — takes some serious liberties. Though Archaeopteryx exhibits physical characteristics consistent with flying, it has not yet been proven that it was a free flyer. As I wrote earlier this year, "scientists don't know if this animal used its wings for passive gliding or powered, active flight.

Another possibility is that Archaeopteryx was a ground-dwelling animal that didn't fly at all, using its wings for something else, like snatching prey, leaping, or sexual displays."

All this said, the recent work done by Voeten and Kundrát both point in the direction of Archaeopteryx being a flying creature, but its exact mode of flying remains a mystery.