If you’re in the market for a new desktop CPU, then Intel’s got a whole bunch fo new 9th-Gen chips for you to check out, including one with the fastest clock speed ever a mass-produced processor.

The new i9-9900K has a turbo clock speed of 5GHz (and a base clock speed of 3.6GHz). That’s significant because a 5GHz CPU, turbo or base, is notoriously hard to ship. In fact, just one CPU has ever been mass produced ships at that clockrate—IBM’s zEC12 which was released back in 2012 and intended solely for mainframes.

AMD famously attempted a 5GHz base clockrate CPU with its Bulldozer architecture back in 2011, and it failed miserably. Instead, Bulldozer became something of an embarrassment for the company and it wasn’t until 2017 that AMD really became a competitive CPU maker again. 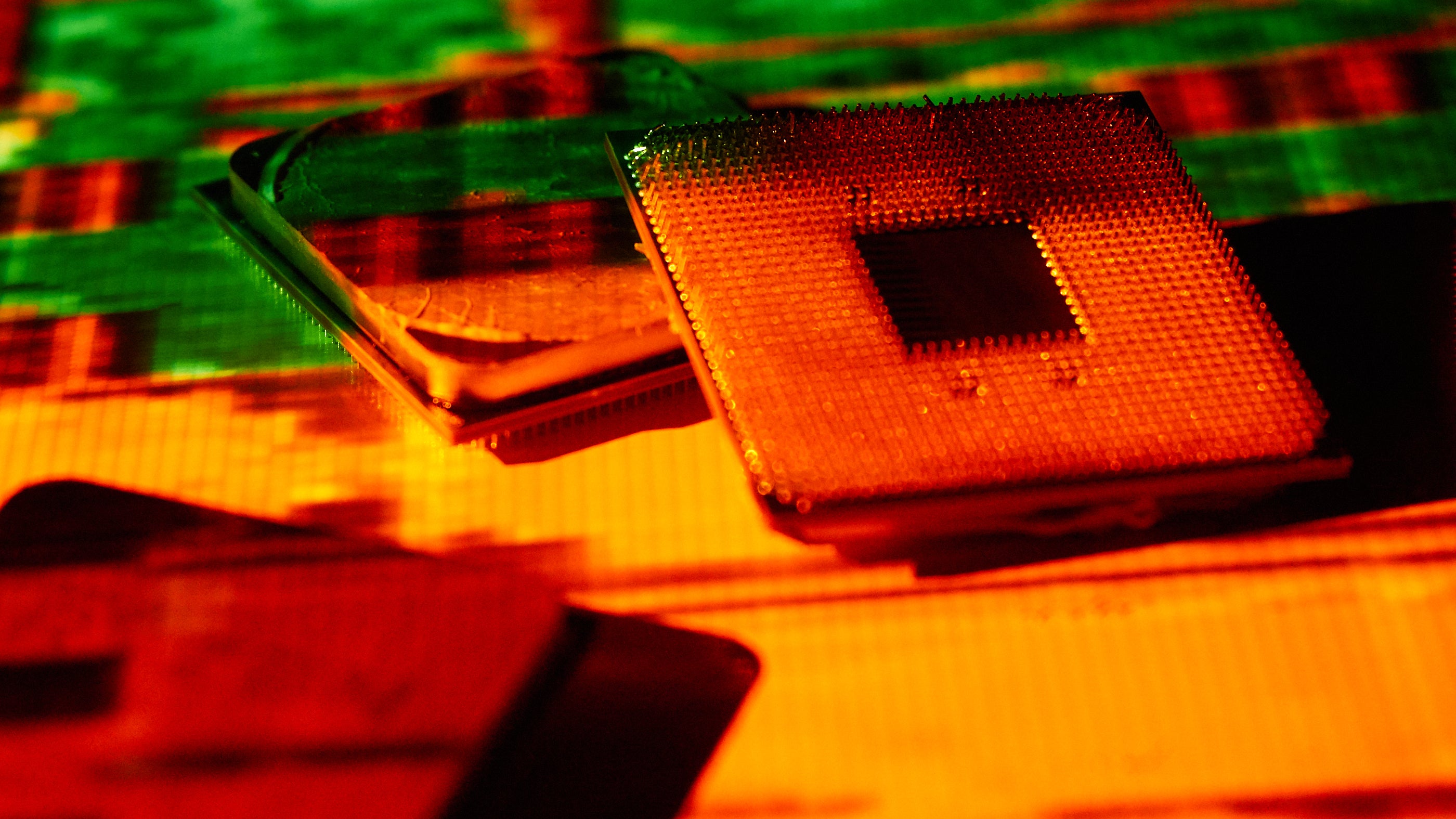 Inside AMD's Quest to Build Chips That Can Beat Intel

Six years ago, AMD dramatically restructured itself in a mad bid to escape a disaster of its own making. Now, we've seen the results and instead of dying, AMD has a savvy new CPU microarchitecture, Zen, that's the foundation of the shockingly good Ryzen processors. They're so good, in fact, they could pose a real challenge to Intel's dominance.

Intel is facing its own embarrassment now. As Apple releases a 7nm CPU in its new iPhones and AMD claims its own 7nm CPU will be available for desktops next year, Intel is still stuck on a practically antique 14nm process. Specifically, the new i9-9900K is based on the 14nm++, also known as Coffee Lake Refresh. But one major upside, especially for people who like to overclock or tinker, is that Intel is finally moving to Solder Thermal Interface Material or STIM. When you pull a CPU out of the box you’ll notice that the top of the CPU has a lid, or heat spreader, on it. You apply thermal paste to this lid and then put on your heatsink.

Hardcore CPU modders will go through a process called “de-lidding” where they remove the lid, and the thermal paste underneath, so they can apply their own cooling solution directly to the CPU. STIM is an alternative to that. Instead of thermal paste between the CPU and lid, solder is applied. It tends to be more costly, but also much more efficient. STIM CPUs, like those AMD has been making, don’t require de-lidding for maximum theoretical performance.