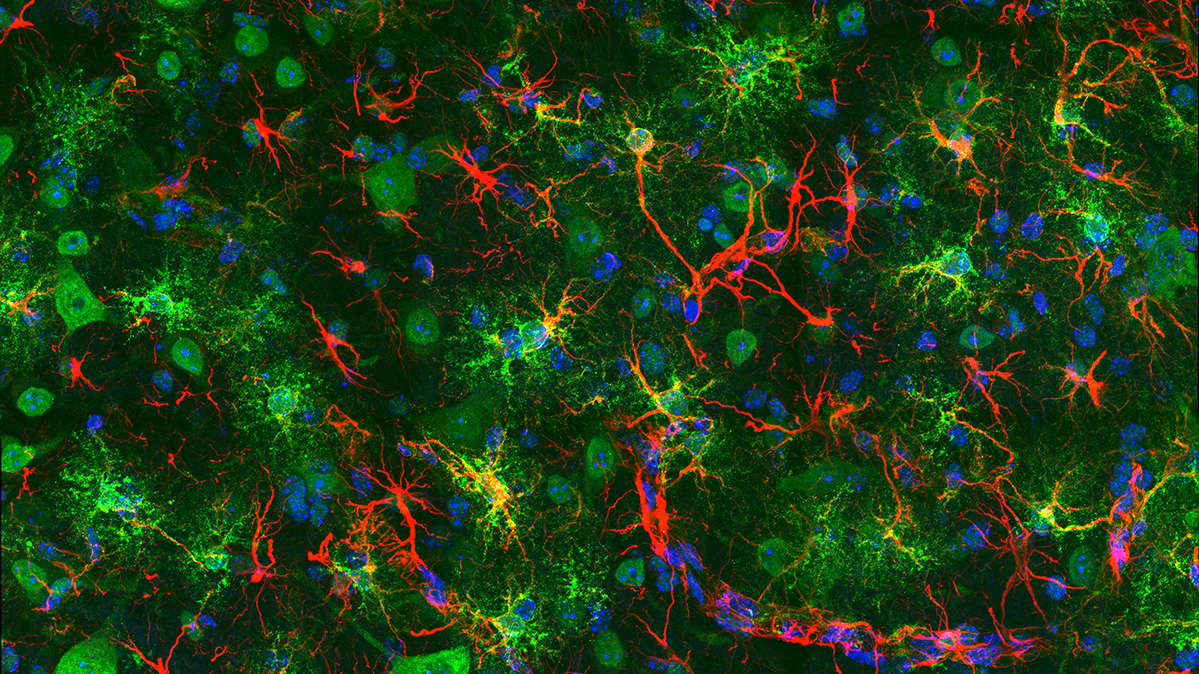 An incurable affliction that gradually destroys a person’s ability to walk, speak and eventually breathe can also deteriorate the mind, new research suggests. People with amyotrophic lateral sclerosis (ALS) are more likely to have other mental and behavioural health problems than people without the condition, the study found.


ALS, also called Lou Gehrig’s disease, is a progressive neurologic condition that affects some 1400 Australians at any one time. In ALS, a person’s motor neurons throughout their body and brain steadily die off. These neurons are responsible for helping us carry out voluntary movement.

Few people experience ALS the exact same way at first, but in the final, fourth stage of the disease, sufferers stop being able to breathe or eat on their own, and usually die from respiratory failure soon after.

Most live less than five years after the appearance of their first symptoms, which can include muscle weakness, limb twitching and trouble speaking. Rarely, people can live longer, as was the case with Stephen Hawking, who died at the age of 76 this past March, more than 50 years after his diagnosis.

Because ALS primarily affects a person’s motor neurons, it has been assumed that the disease spares a person’s mental faculties. But the evidence behind this assumption has started to crumble, according to senior author Sharon Abrahams, a researcher at the University of Edinburgh in the United Kingdom.

“Our understanding of ALS has radically changed over the last 25 years,” Abrahams told Gizmodo via email. “[I]t has been established that some ALS patients have changes in their cognition (thinking and language) and behaviour which can be detected by cognitive testing, while some have a full-blown dementia syndrome.”

Some of the hesitance to acknowledge that ALS can affect the mind can be tied to practical issues, she added. As people with ALS become less physically able and more dependent on their caretakers, they’re less likely to exert themselves mentally, such as by working or managing their bills, meaning their cognitive impairment can go unnoticed. But there’s also a sense of wishful thinking that’s kept the idea alive, she said.

“It was considered as a saving grace. ‘Although my body is affected, my mind is intact,’” Abrahams said. “Sadly, this is incorrect.”

The studies looking at the connection between ALS and mental health have been small. And there’s still a lot we don’t know, including whether these symptoms get worse or more common over time as a person’s ALS progresses.

So Abrahams and her team decided to look at a large group of ALS patients for their study, published Wednesday in Neurology.

They recruited 161 ALS patients receiving care at one of three medical centres in the UK and Ireland, interviewing them and their caretakers. As part of the interview, the patients were given tests that measured their cognition and memory. This group was then compared to 80 healthy controls similarly matched in age and other demographics.

More than 90 per cent of the ALS patients were recruited within a year of their initial diagnosis. The average age of patients was 59, with around 60 per cent being men.

The ALS patients generally performed worse on these tests than the control group, the team found, and reported more behavioural problems. The only test where they didn’t do worse was one measuring their visuospatial functioning, which is thought to be coordinated by an area of the brain untouched by ALS.

Overall, 29 per cent of ALS patients had some form of cognitive impairment, while around half had at least one behavioural symptom. These symptoms, such as apathy or a lack of empathy, were seen in people at every stage of ALS, but largely became more common as the disease advanced (memory problems were more common in ALS sufferers, but didn’t become more prevalent in the later stages). By the last stage, few people were completely symptomless.

People with ALS are understandably more likely to struggle with depression. And that depression might explain some of their cognitive problems. But the physical destruction brought on by ALS seems to play a more primary role, Abrahams said.

“The cognitive and behaviour changes are likely to be the direct result of brain damage involving, in particular, the frontal lobes,” she said, referencing previous research.

Some of the regions of the brain damaged by ALS are known to regulate our higher-level cognitive and behavioural functions, including the ability to understand language and to focus on more than one thing at once. And in the current study, people who had ALS that affected their bulbar nerves — which control the muscles needed for speech, breathing and eating — had more cognitive and language issues than anyone else.

Abrahams and her team believe that these neuropsychiatric issues need to become a formal aspect of tracking a person’s ALS progression. If nothing else, they point out, taking into account a sufferer’s mental as well as physical health will allow them to live as comfortably as possible before their final days. It would also help their caretakers.

“It has been shown previously that behaviour changes in particular produce high carer burden,” Abrahams said. “Identifying these changes early would permit appropriate support to be given to the patient and carer throughout their disease.”

The authors plan to follow up with more research that will chart how these symptoms shift over time in a group of patients, since the current study only looked at patients at a single moment of their disease.