How to Get the Latest Apple Watch Beta Right Now

This Tiny Portable Dock Got Me Playing My Nintendo Switch on...

See Leia’s Rise of Skywalker Lightsaber in All Its Glory

I Want This Custom Bluetooth Soundwave Boombox, Even If It Doesn’t Transform 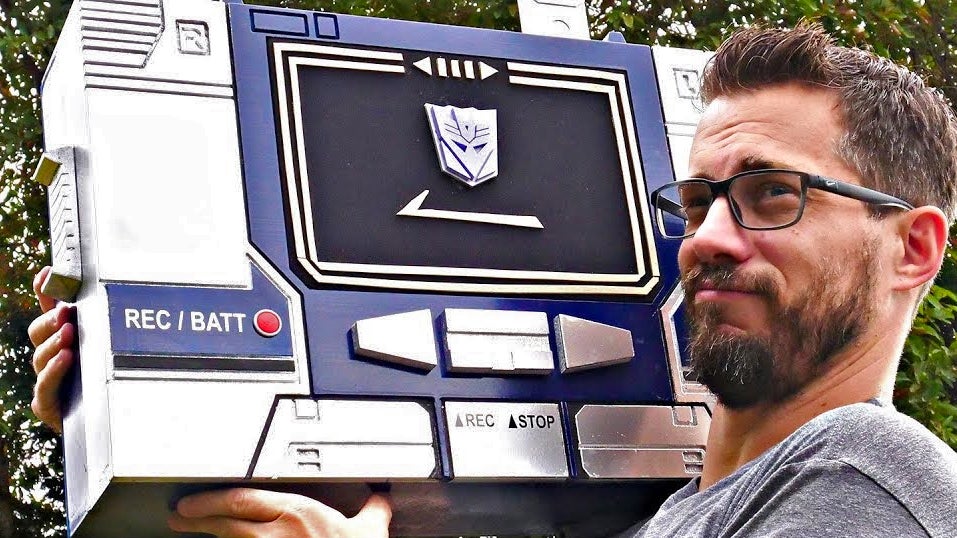 Video: Optimus Prime and Grimlock were among the most popular Transformers characters from the original animated series, but Soundwave, who spoke as though he’d swallowed a synthesiser, was undoubtedly every kid’s favourite. I still have the original toy, but as an adult, I want this custom Soundwave-shaped boombox even more.

Bob from the YouTube channel I Like To Make Stuff is the craftsman responsible for this amazing creation, using a combination of MDF for the speaker’s housing, foam for the buttons and other non-functional details, and a pair of Bluetooth speakers hidden away inside.

It’s completely functional, as long as in your mind “completely functional” doesn’t include the ability to transform into a 6m robot, or shoot transforming cassette tapes out of Soundwave’s chest. This version of the Decepticon really only excels at blasting tunes wirelessly streamed from a smartphone. If you’re looking for a way to make energon cubes, you’ll want to hunt for a different tutorial.