Apostle Is A Creepy, Tense Thriller From The Director Of The Raid 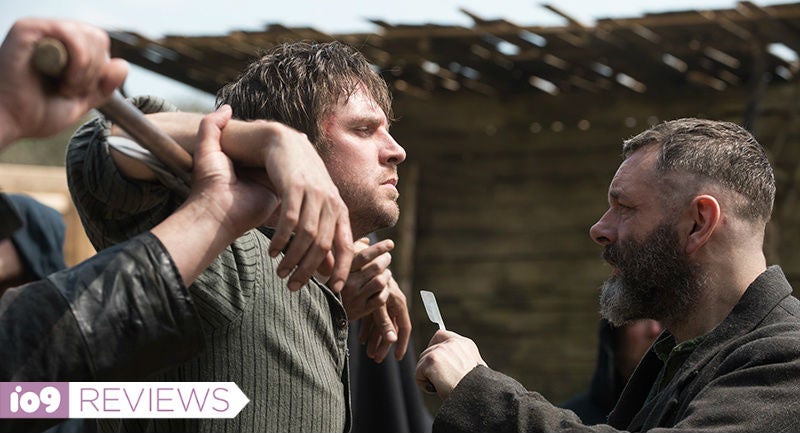 When you think of director Gareth Evans two words come to mind: The Raid. Film fans know and adore the filmmaker because of those two absolutely incredible Indonesian action films, but now, four years after The Raid 2, Evans is back with a film that’s about as far from those movies as possible.

The film is called Apostle and it takes all the incredible filmmaking techniques Evans put to good use in The Raid movies and transfers them to a period thriller with a supernatural twist. Legion’s Dan Stevens stars as Thomas, a man who must rescue his sister who is being held for ransom by a cult on a remote island. He has to get to the island and infiltrate the cult to find, and hopefully extract, her. Which, yes, has a very undercover cop, Raid vibe, but that’s where the comparisons end.

Apostle is set in the early 1900s and has very little in the way of martial arts. Instead, most of the movie focuses on how Thomas’ investigation of the cult reveals its mysterious, dangerous, true nature. And trust me, its true nature is something you will never, ever guess. You may not even understand it when you see it, but you know it’s interesting.

As Thomas covertly explores the cult, Apostle bursts with tension and mythology. Around every corner, it feels like Thomas may be caught and each new revelation brings more danger. Evans, who wrote the movie as well, also develops several of the cult members, each serving a different purpose. Some work to show the cult’s humanity, others reveal its deep seeded cruelty. While all of these stories are being weaved in and out, Apostle can feel a little bit slow, but it’s never boring.

That’s especially true on the occasions when Evans adds flashes of action to the story. It’s sporadic to be sure but when there is a flurry of violence, be it with a spear or a musket, it has a real impact. And that impacts get bigger and more gut-wrenching as the film moves along, leading to a few scenes late in the film that even those with the strongest stomachs will find hard to watch.

Stevens is captivating as Thomas, moving from charming to crazy and back again the more and more he finds out about the cult. As the cult leader, Michael Sheen delivers the perfect balance of nice and naughty and Sing Street’s Lucy Boynton, who plays his daughter, may be the one good, true person in the entire film. The real stand out, though, is Mark Lewis Jones as Quinn, the cult’s muscle, who gets scarier and scarier as the film gets on.

Under the main narrative, Evans peppers interesting subtexts about the role of religion in society, collective mindsets, nature’s influence on life, and a lot more. There’s also a bunch of supernatural devices, too spoilery to explain, that are deeply creepy and weird. Make no mistake, Apostle isn’t a slam, bam, action film—it’s a thought-provoking, taut thriller with great visuals and performances. It’s a deeper more meaningful film than The Raid which shows true growth for the filmmaker.

Apostle had its world premiere at Fantastic Fest 2018 but it’s set to premiere on Netflix October 12.