When Coding Wasn’t An Option At School, Jasmine Did Something About It

Nine-year-old Jasmine Thoroughgood is an ambitious Australian schoolgirl for her age.

“I really love coding,” she says confidently, referring to the computer language used to create applications and video games. “I’m just starting to think about what I’m going to do when I grow up and I think I might be a coder.”

But as Jasmine recently discovered, learning to code just wasn’t an option on offer at St Therese Catholic Primary School, which she’s currently attending in Mascot, in Sydney’s south.

Well that was the case until Jasmine, from south Sydney’s Wolli Creek, raised the issue.

“They only just started to incorporate [visual computer programming language] Scratch for Year 4 this year and before that they never had a coding course, which is a shame,” Jasmine’s mum, Anastasia, says. “And the reason they started this course was because Jasmine was telling her teacher and that inspired them to look into it and get started.”

Making use of free online resources from Code Club Australia, a nationwide charity network of volunteer-led coding clubs with a mission to get children coding, the school is now teaching others in Jasmine’s year to code as well – but not without Jasmine’s help, of course.

“Jasmine has been helping the teachers to teach everyone,” Anastasia says. “It’s pretty good that all the kids now have the opportunity to learn it; I think it’s quite important because it is the language for the future, isn’t it?” 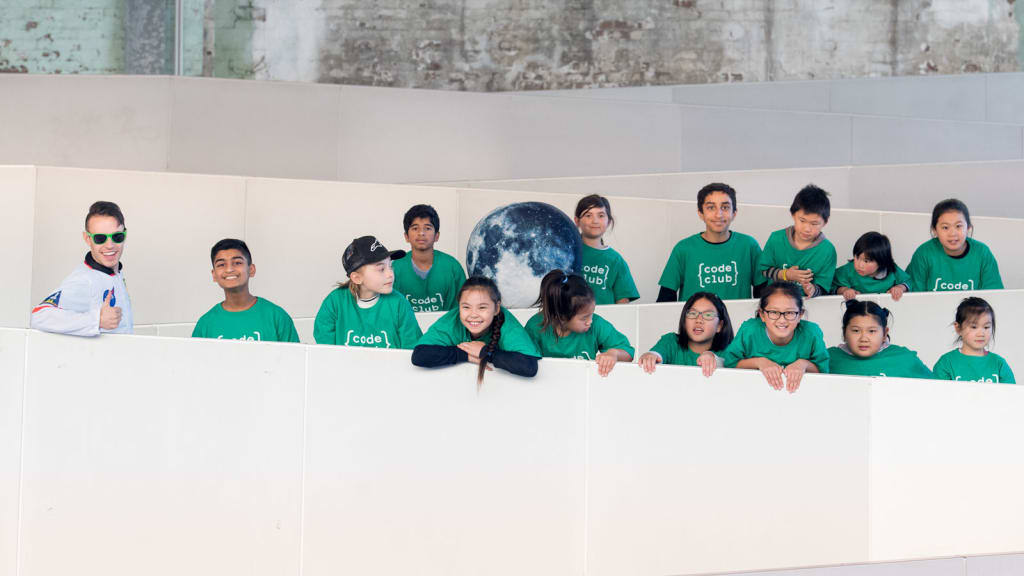 Code Club is a charity organisation with the aim of getting kids to learn how to code.

Aimed at kids aged between eight and 15, Code Club is financially backed by the Telstra Foundation, as well as by the federal and Tasmanian governments, Bank of Queensland, and the NSW Office of Environment and Heritage. It has raised an estimated $1.2 million to date.

In an attempt to raise awareness of its cause, it recently held its annual “Moonhack” hackathon event on July 20, which coincides with the anniversary of the first moon landing. The global event saw the organisation set a world record for the most number of kids coding on the one day (35,865).

It is the language for the future, isn’t it?

Ethan and Emily Hocking, siblings who attend Milgate Primary School in East Doncaster and East Doncaster Secondary College respectively, in Melbourne’s north-east, were a little luckier than Jasmine. They both discovered coding via their schools’ use of Code Club’s resources.

Emily, 15, started coding four years ago and hasn’t looked back. Meanwhile Ethan, 9, only started learning this year. They both know how to code in the Scratch and Python languages to varying degrees, and how to program micro:bit, a tiny programmable computer designed to make learning and teaching easy. 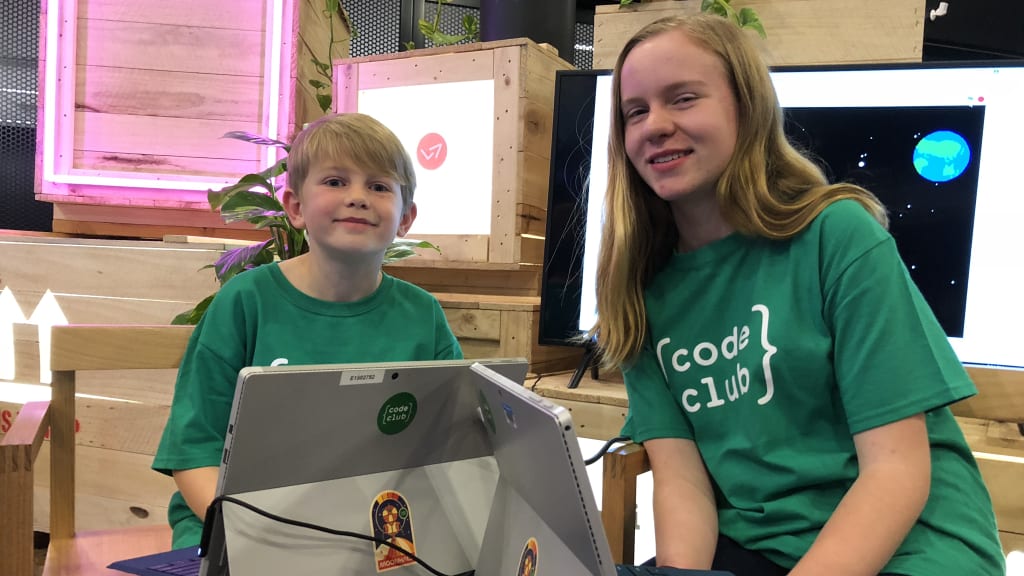 Ethan and Emily Hocking use Code Club to learn to code.

Adds Ethan about what he likes most about coding: “Learning how to make games.”

Coding in primary schools a rarity

Unfortunately for advocates of teaching primary school-aged students how to code, there’s nothing particularly remarkable about these students’ stories. Like various other primary schools across the country, many don’t teach their students how to code or incorporate it into their curriculum, instead relying on extracurricular programs such as Code Club, which don’t count towards a student’s mark.

This is despite coding being seen by technologists as a vital future skill for children to learn, with the Regional Australia Institute’s recent Future of Work report estimating that 1 in 2 future jobs will require skills such as programming, software development, and skills to build digital technology. 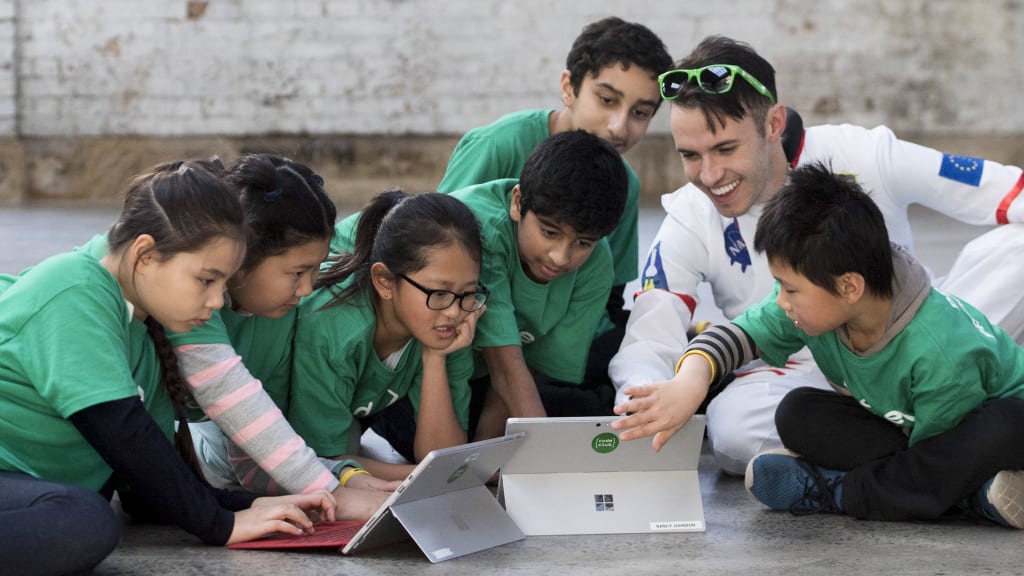 “The Australian government has been slow to adopt coding and digital technology in the curriculum and has left us behind the rest of world,” says Code Club Australia’s general manager Dr Louise Baker. “This is particularly problematic in regional, rural, indigenous and low-socio economic areas [which] don’t have access to the training required to be ready for the future.”

Dr Baker adds that its her belief that “half of the nation’s kids will be left behind” unless there’s an intervention, creating a two-tiered future workforce where only some people are skilled enough to do the jobs asked of them. Code Club was founded to prevent that gap from widening, Dr Baker says.

“Code Club is designed to ensure no kid, teacher or parent is left behind because we can’t afford to wait for the government to catch up,” Dr Baker says. “No matter whether you are in Bondi, Broome or the back of Bourke, you can have access to the resources needed to skill you for the future.”

Back in Wolli Creek and Jasmine’s mum Anastasia has a message for the federal government.

“I wish that more people knew about this,” Anastasia says of Code Club. “It would be great if more kids could access it or maybe if the government gets onboard and puts the course in schools.

“I know some schools .. have a specific course for coding. But it’s not many. It’s very selective.”

Anastasia adds that she wants her daughter to be prepared for the future.

“In the future more and more technology will be used [and] if the kids sort of already know it from when they are little it’ll become second nature for them and it will make it easier for them later on.”