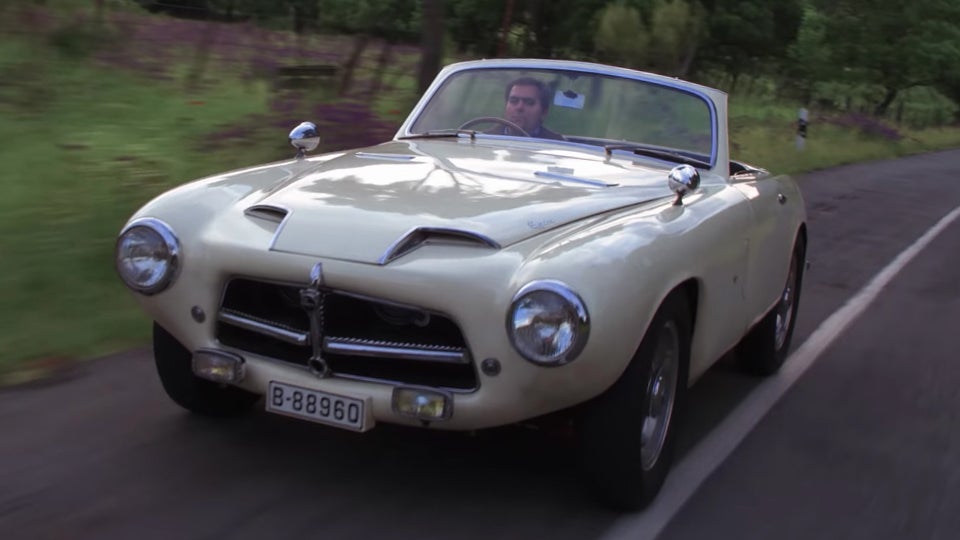 If you didn’t realise there was a small Spanish state-owned company building beautiful V8 convertibles in the early 1950s, well… there was. Now you know. And this video is the perfect introduction to Pegaso, and plain old eye candy for everybody.

This Petrolicious film focuses on Rafael Pueche’s 1955 Z-102, a strikingly smooth off-white sport touring car made by Pegaso. Pueche explains that only 86 were built, all different, and that only 68 are thought to still exist today.

Apparently the car was four times as expensive as a Jaguar XK, which made it a tough sell in its day, but since the Pegaso herd is so thin 60 years later I reckon the cars appreciated nicely. As long as you can find a buyer who knows what the heck they’re looking at. A Hagerty had an article from a few years ago featuring a fixed-roof Pegaso, and mentioned that it sold at auction for nearly $US800,000 ($1,095,440).

The Z-102 car is really pretty and, as usual, Petrolicious’ cinematography is, as always, quite a few cuts above the average YouTube car video.