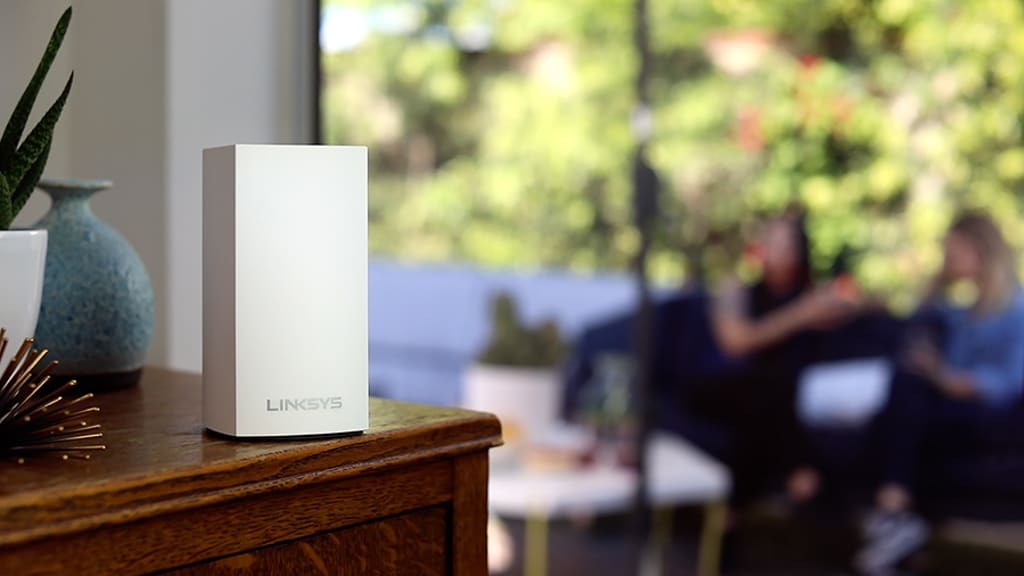 Boosting your home Wi-Fi coverage without breaking the budget, Linksys’ dual-band Velop mesh Wi-Fi could be your escape from wireless hell.

Rather than simply cranking up the power on a single base station, mesh Wi-Fi networks improve coverage by relying on several base stations working in unison across your home. They appear as a single network to your devices, letting your gadgets seamlessly jump between base stations as you move around the house; just like a mobile phone jumps between towers without dropping a call.

A few mesh Wi-Fi networks have arrived in Australia over the last 18 months including the Linksys Velop, Netgear Orbi, Google WiFi and D-Link Covr. The dual-band $499 Google WiFi was the cheapest of the bunch because it only runs two networks — 2.4 and 5GHz — whereas its tri-band rivals add an extra hidden 5GHz network which the base stations use to talk amongst themselves.

To be fair, D-Link also offers three dual-band Covr base stations for the same price, but there is a major shortcoming compared to the Linksys Velop which we’ll get to in a minute.

Out of the box

At first glance, Linksys’ dual-band base stations seem identical to the tri-band models, but they actually stand about five centimetres shorter. This is partly because they only contain two Wi-Fi transmitters rather than three, and party because the power and Ethernet ports are on the back rather than the bottom, which makes for less elegant cable management.

Linksys has also opted for sensibly-sized AC power plugs, unlike the tri-band models which follow the annoying trend of using plugs so wide they block adjacent power points.

The Velop system is simple to set up, you just turn off your existing Wi-Fi network and then plug one Velop base station into your broadband modem via the supplied Ethernet cable. It becomes your primary base station.

You configure this first base station using the Linksys iOS/Android app, which then lets you add the secondary base stations and check they’re within range.

The new dual-band base stations work with the larger tri-band models, so you can mix and match.

Thankfully you’ve got the choice of putting the Velop system in “bridge mode”, so your broadband modem can keep acting as the heart of your home network and handing out IP addresses. Alternatively, you can put your modem in bridge mode and let the Velop play traffic cop, which lets you take advantage of Linksys’ advanced features like parental controls and device prioritisation.

Meanwhile, the dual-band Google Wi-Fi and D-Link Covr don’t give you this choice, they lack bridge mode and insist on being the centre of attention, forcing you to put your broadband modem in bridge mode.

In some homes, this won’t matter but in others, it could be an instant deal-breaker, especially if putting your modem in bridge mode means losing your VoIP services including your NBN home phone. If you’re concerned about this, then you’ll want to stick with a dual/tri-band Velop or Netgear’s Orbi that support bridge mode.

If you don’t care about bridge mode then it’s a worth weighing up the Linksys Velop against the Google Wi-Fi and D-Link Covr, although of the three the D-Link is by far the most troublesome to set up.

You can also connect wired devices to the Ethernet ports on the base stations, or even connect a base station to your network via Ethernet if it needs to sit beyond the wireless range of the others.

Creating a heat map of the dual-band Velop base stations reveals similar coverage to the tri-band models in a medium-sized multi-story home. In a larger home, you might lean towards the tri-band models as they can cover more ground, up to 555 square metres as opposed to 418.

While the coverage is excellent, we did note that the upstairs secondary base station is a little temperamental. Occasionally internet speeds slow to a trickle on iPhones, even while standing right next to the base station, while the MacBook Pro seems unaffected. Even at the best of times, devices upstairs would only hit 80 per cent of the download speeds available on the primary and secondary base stations downstairs.

We noted similar issues upstairs when testing the tri-band Linksys, and this time unplugging a cordless phone base station near the primary Velop base station downstairs seemed to resolve the issue.

It’s harder to overlook this issue now we’ve seen that Google WiFi has no trouble with the exact same setup. A Google search for “Velop upstairs” reveals that we’re not alone, so your mileage may vary.

In theory, the tri-band Velop models’ private backhaul network lets them deliver faster speeds in a busy home than these dual-band models. This is because the dual-band models are forced to sacrifice capacity on the main network in order to relay traffic around your home.

In practice, you’re unlikely to notice the difference in a small-to-medium sized home. In a larger home, tri-band’s further reach and greater capacity should reduce the speed drop when you’re a long way from your nearest base station.

Keep in mind, even though the dual-band system requires you to sacrifice a chunk of the 866Mbps offered by the 5GHz network for backhaul, that still leaves enough capacity to fling multiple HD video and audio streams around your home while also supporting other internet-enabled wireless devices. Your broadband connection is likely to become a bottleneck long before your mesh Wi-Fi network hits capacity.

You’d only make the most of the extra capacity of a tri-band network if you live in a large house where you’ll often be more than two rooms away from the nearest base station. Alternatively, you might appreciate stepping up to tri-band if you’re a power user who needs to quickly transfer hefty files across your home network while simultaneously catering to the needs of multiple bandwidth-hungry multimedia streams and other wireless devices.

So what’s the verdict?
There’s no denying that the tri-band Linksys Velop and Netgear Orbi mesh networks are the gold standard when it comes to home Wi-Fi, but realistically they’re a gold-plated solution which is overkill for your typical small-to-medium home.

If the size of your home or your tech budget doesn’t justify investing in a tri-band system, Linksys’ dual-band Velop is the one to watch; especially if you’re concerned about the lack of bridge mode in its dual-band rivals.

The only hesitation is that the Velop seems a little less resilient to interference than Google WiFi, which could be an issue in some homes.