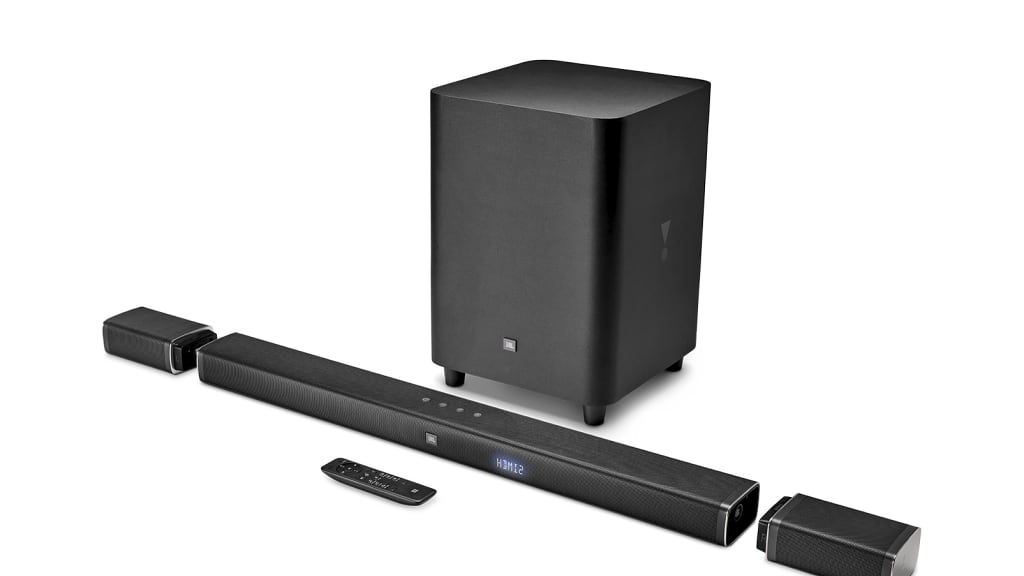 It’s a common experience with older readers, they inevitably blame mumbling actors but the actual problem is that their hearing is deteriorating. My initial advice is to turn down the bass and increase the highs and this has worked for lots of readers. It’s what I initially told the guy at the gym. It didn’t stop him asking.

The system comes with a wireless subwoofer.

I’ve suggested plenty of products too, but he just can’t seem to take that first step. So I did something different. When JBL asked me to try its new $999 Bar 5.1 I got him to do the road test and a big, heavy box was delivered to him. His first comment was that the directions for the best unpacking of the box are inside the box. And a valid point in this market; the type in the quick-start guide is too small for him, he went to the online manual.

The JBL has a clever concept. Lots of soundbars simulate surround sound (it helps if your room is the right dimensions) but this one has two small speakers that detach from each end of the soundbar to go to the rear, for genuine surround. When they’re back there you get 5.1-channel sound, leave them attached to the bar and it’s a 3.1 system. They have rechargeable batteries that are good for 10 hours, and when they need charging pop them back on the bar.

He had no problems setting it up. There are four HDMI connections, one with an audio return, an optical and a 3.5 mm minijack, and three interconnect cables are provided in the box – HDMI, optical and a 3.5. I thought this pretty generous. He hooked it up to his ageing LCD telly with the optical cable because the HDMI presented difficulties; the plugs are all in small cavities and the cable’s stiffness makes it hard to get in there.

His room is acoustically bright, with a tiled floor and lots of glass and hard surfaces. This tends to make high range sound harsh and overbearing. So how did the JBL do?

“It sounded far, far better than the television,” he said. “The sound is full bodied and the voices are much clearer. I realised how tinny the television sounds.”

He’s on Netflix and enjoyed genuine surround too, the rear speakers working effectively. “But what I liked most was the Bluetooth,” he said. “Once I had paired my phone Spotify sounded so much better. For $1000 it’s a good deal. I’d be happy to spend that much on it.”

But… it is not to be. Having lived with surround and good music quality for a week he has now decided what he really wants is a genuine sound system in a dedicated listening room, with softer surfaces and carpet. And a larger, more modern screen. “I’d much rather put the dollars towards that,” he said.

I sense another couple of years talk in the offing.