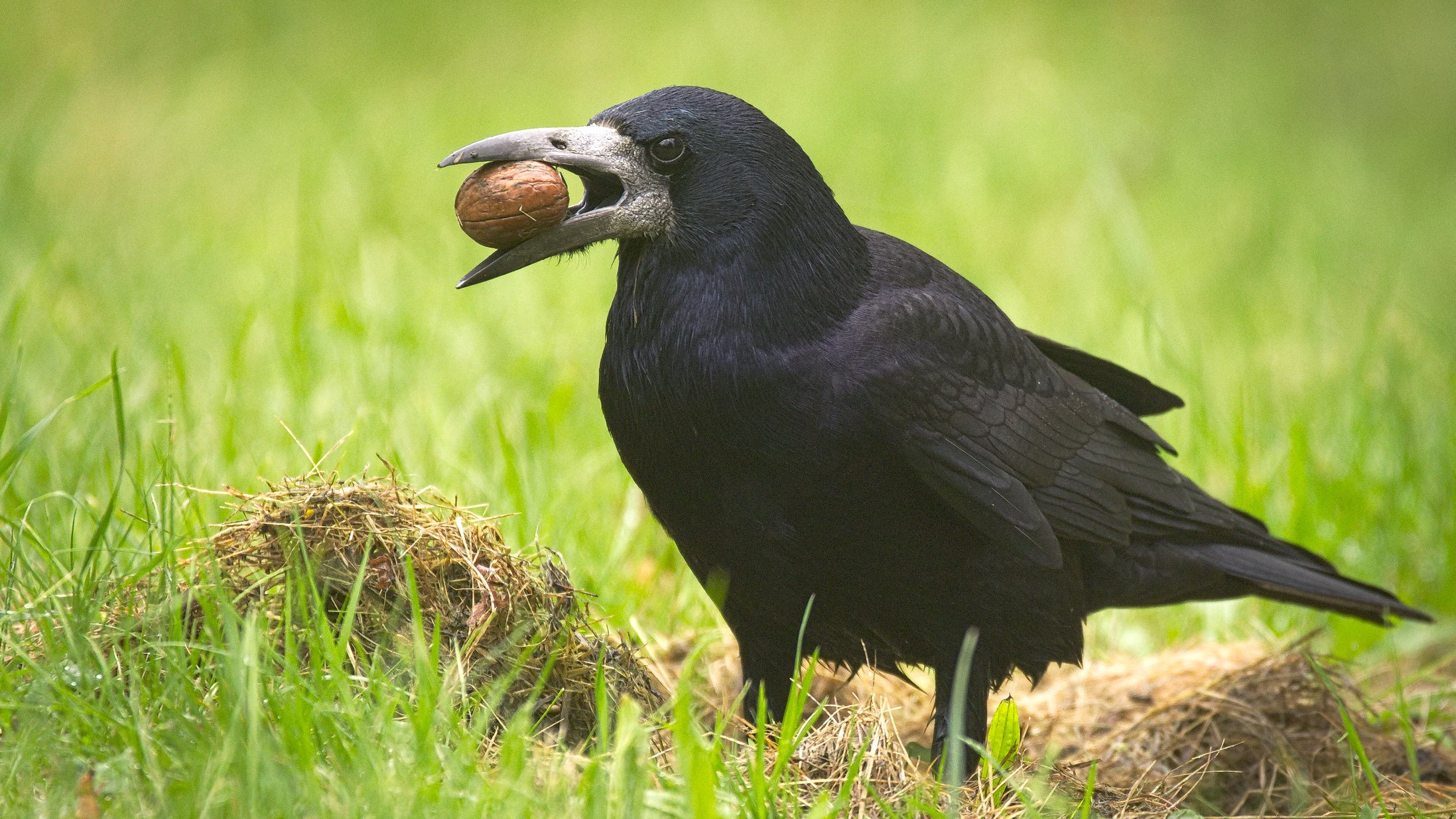 A French theme park has begun using six trained birds belonging to the crow family to pick up litter and cigarette butts, the BBC reports.

Puy du Fou is a historical theme park in Les Epesses, France, where its estimated two million annual visitors can learn about the French Revolution, Vikings, the Middle Ages, and other past eras, events and people. The real and replica ancient architecture allows attendees to experience simpler times of guillotines and plagues.

And now, in order to keep the area clean, the park wants to try out a low-tech option for cleaning up garbage: Rooks, a member of the crow family closely related to carrion crows. Under this new system, if the park’s six rooks take a piece of rubbish to a special box, the device dispenses bird food.

“The goal is not just to clear up, because the visitors are generally careful to keep things clean,” Nicolas de Villiers, president of the Puy du Fou park, told AFP. Rather, he suggests, it will show “nature itself can teach us to take care of the environment”.

Last year, Dutch startup Crowded City announced a plan for a similar system called Crowbar, an invention that would supposedly train crows to collect cigarette butts. It was based on a process popularised by Joshua Klein, who spoke in a 2008 TED talk of his experimental “vending machine for crows” that exchanged found garbage or money for treats.

“My collaborator here, who works with me in Ithaca, she worked with [Klein] for a couple of weeks with the friendliest family of crows that existed on earth. They barely would take food off the box. It just doesn’t work. … Basically, to me, it’s the same as saying it would be a cool idea to graft wings onto sheep dogs so they could do better with rounding up sheep.”

But Puy du Fou is likely the first business to try out the method on a large scale, so we will soon see if it actually works. Hopefully, the birds won’t be harmed from all the tobacco and nicotine.