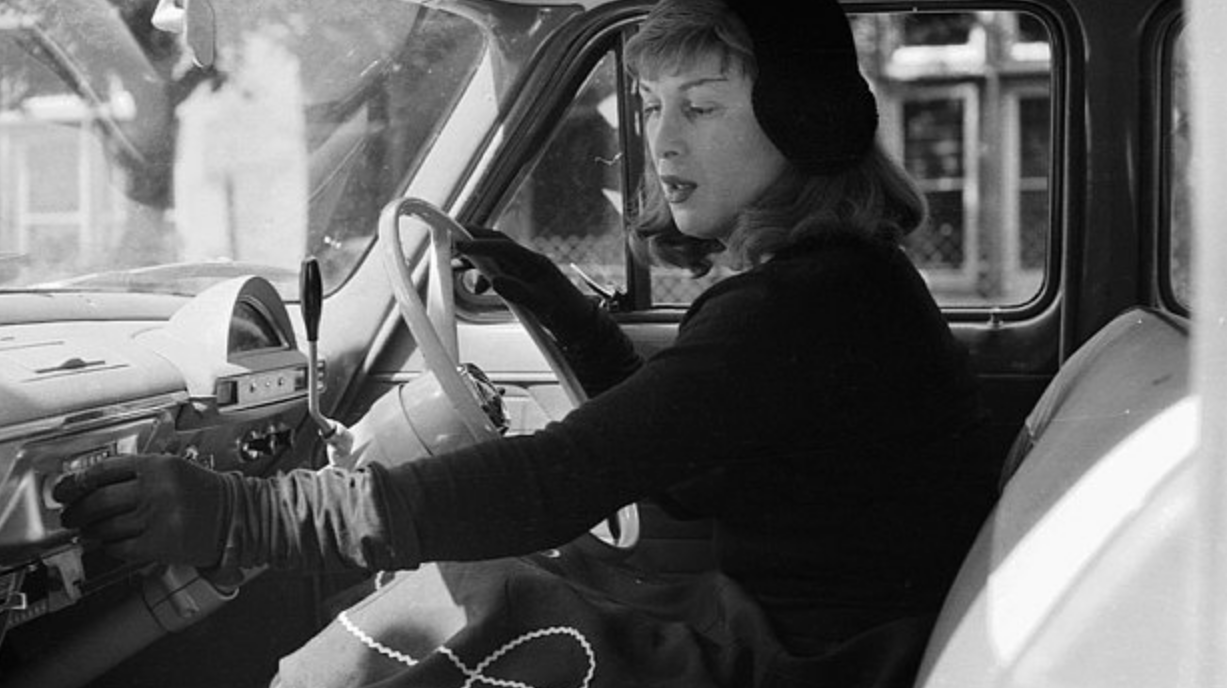 Roberta Cowell isn’t generally a name you hear when we talk about incredible women behind the wheel. Her laundry list of achievements is a long one, but her disappearance from the public eye was orchestrated by the woman herself. A name that we should be celebrating is one that’s become tarnished by the confusion of social norms and outdated etiquette.

You see, Roberta Cowell was born Robert Cowell in 1918. And for all of her achievements, her life was so riddled with tragedy and misunderstanding that she wrote herself out of history.

Born to a surgeon in the Royal Army Medical Corps during WWI, Cowell was no stranger to the unique matrix of fear, adrenaline, success, and willpower that comes with serving your country in the face of fascism. According to Fast Ladies, Female Racing Drivers 1888 to 1970, Cowell attended a public school in Croydon, London, where she was an avid member of the school’s Motor Club. In fact, she and a school friend went on a tour of Belgium, Austria, and Germany, where she was briefly arrested for filming Nazis performing a drill.

Cowell left school early, at age 16, to become a member of the Royal Air Force. Unfortunately, she fell victim to air sickness. Flying just wasn’t in the books for her yet; instead, she started racing to get a feel for speed without having to leave the ground. She gained experience by sneaking into the Brooklands circuit wearing mechanic’s overalls, offering a hand to anyone who needed help and wouldn’t ask too many questions.

It taught her how to get under the hood and understand the machinations of the automobile before she got behind the wheel of her own while taking classes in engineering at the University College London to compound her experience. In 1936, Cowell won in her class at the Land’s End Speed Trial. Three years later, she owned three of her own cars and had taken part in the Antwerp Grand Prix.

Then, things started to get more complicated. In 1940, with World War II on the horizon, Cowell was commissioned into the Royal Air Service Corps. The following year, she married Diana Margaret Zelma Carpenter, a fellow engineering student who was also a racing fan. Roberta was living as a man and, seemingly, doing a damn good job at it.

Cowell was flying with the No. 4 Squadron RAF by 1944, a front-line Spitfire squadron assigned to aerial reconnaissance. The planes she was flying were unarmed and camera-equipped, so she wasn’t doing any fighting at this time. But that made her trips over German-occupied territories all the more dangerous, since she wasn’t able to fight back.

Later that same year, though, the need for fighting outweighed the need for information. Stationed in Belgium, Cowell was sent out for a low-level sortie near Bocholt, Germany. She managed to attack some ground targets before her engine was hit by German anti-aircraft fire. At such a low level, Cowell couldn’t bail out — her only option was to try for a deadstick crash landing, which basically means she had to land the plane without any propulsive force.

She was unhurt and able to make contact with members of her squadron before being captured by German troops. After two failed escape attempts near the front lines, Cowell was taken deeper into Germany and was held captive for weeks in an interrogation center for captured Allied aircrew. The Germans tried getting her to talk by locking her up in solitary confinement, but Cowell wouldn’t budge. She was eventually moved to the prisoner of war camp Stalag Luft I, where she stayed for five months.

While it’s difficult to speculate into someone else’s mind, her confinement at the camp seemed to be a developmental experience. In her biography, Cowell, she talks about how she offered classes in automotive engineering. But at the same time, she witnessed a lot of sexual behaviour between male inmates and was even propositioned, but she turned it down. She also turned down a role as a woman in a camp theatre production, desperate not to come across as gay.

The Red Army was approaching the camp around April 1945. By then, food was so scarce that Cowell lost 23kg and described in her biography how she and fellow inmates would kill cats and eat them raw because they were so hungry. Initially, the Germans were going to evacuate the camp, but the prisoners wouldn’t go anywhere. They knew survival was more likely if they didn’t travel in their unfit states, especially since Allied forces were likely on the way. The Germans didn’t think it was worth the risk to themselves; they up and left the prisoners behind. At the end of April, the Red Army had arrived and started shipping members of the Commonwealth back to the UK within weeks.

Cowell arrived back home one of the many veterans scarred and displaced from the war. It was difficult to reintegrate into her family life, and it didn’t help that she was suffering from traumatic flashbacks. She had two children with her wife, Anne and Diana, and founded a racing team to compete in events all over Europe. Her two most notable outings were at the Brighton Speed Trials, the Belgian Grand Prix, and the French Grand Prix at Rouen-Les-Essarts.

But still, lingering in the background: a sense of emptiness, pointlessness, apathy. Something was wrong.

It was too much. In 1948, Cowell applied for a divorce and sought out therapy. It was there that she learned, as described in her biography, that her therapist began to reveal that her “unconscious mind was predominantly female”. The hyper-masculine activities she’d participated in her life were a form of repression, an attempt to try to bring out the traditional masculinity associated with battle and racing.

The decisions she began to make weren’t easy. In an era when even homosexuality was looked down on, it would be difficult for Roberta to exist as a trans person. She cut off all contact from her ex-wife and children, hoping to exempt them from the inevitable criticism that was going to accompany her actions.

As mentioned in an article in the Independent, Cowell sought out a sexologist. It was an era of discovery, where our own ideas of medical analysis today hadn’t quite been standardised yet. There, Cowell found that her body, though masculine, was also endowed with female sex characteristics, like wide hips, narrow shoulders, and no Adam’s apple. Today, we probably wouldn’t cite that as legitimate medical evidence, but it was all Cowell needed to hear.

By 1950, Cowell was taking a lot of estrogen, though still living as a man. It was then that she met Michael Dillon, who was the first person to undergo female-to-male reassignment surgery in Britain. Thus began a long, arduous, and experimental gender transition process. Dillon became a close friend of Cowell’s and, being a physician, essentially castrated Cowell. At the time, that was an entirely illegal procedure.

But it was the start that Cowell needed. She was then able to present herself as intersex to the court system. This meant that she denied the existence of the children she’d fathered; they were, instead, merely results from her ex-wife’s affairs while he was at war.

That intersex status, though, was incredibly valuable. Back then, the only way someone could request a gender reassignment surgery and all the legal papers that come with it was in the event that they were legally determined to be intersex. In 1951, Cowell received a vaginoplasty surgery from two physicians and was allowed to change her legal gender on her birth certificate.

By then, Cowell’s business ventures failed, and her transition made it difficult to return to racing. However, her pioneering story was snatched up by the media three years after she completed her transition. The Picture Post paid almost $US240,000 ($328,632) (in today’s currency) to ‘break’ her story, and her autobiography netted another $US40,000 ($54,772).

After that, though Cowell’s life becomes a confusing one, and very little is known about her. In the 1970s, she tried to write another book to make money, but she also started giving interviews condemning other trans folk and warning them not to follow in her footsteps. It was a confusing message, one that people have speculated was due to her ostracization from society. But it wasn’t the kind of press that garners one a book deal.

Ashamed, Cowell withdrew into herself. She dreamed of being able to fly again, but by 1990, she was living alone in a cluttered apartment where she would spend the rest of her life. She rarely left the house. Sixteen years later, she passed away. Not even her children knew what had happened to her.

Roberta Cowell’s is a heartbreaking story to hear. She sold her story to the public only to write herself out of the public eye soon after. Cowell might not have had her racing success before her transition, but it’s hard not to imagine what could have been had society been a little more accepting, her transition a little more seamless, her reintegration into life after the war a little less difficult.

Still, there’s enough information about her to ensure that she’s still remembered. It’s thanks to Roberta Cowell that the path to the racing world for transgender folk is just a little less rocky.