Dynaudio Music-7 Review: Accidental Soundbar Is One Of The Best 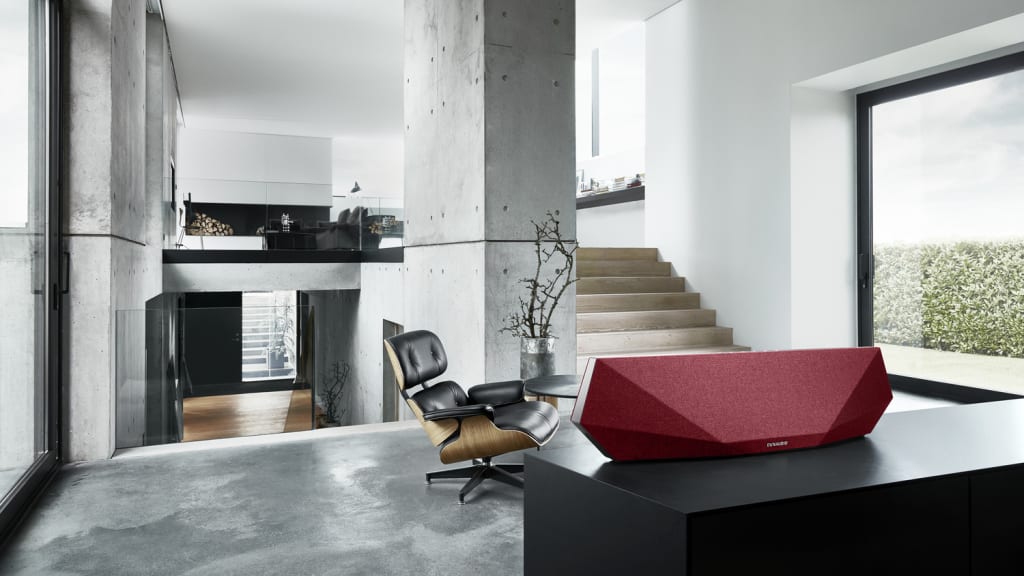 Specialised sound systems for televisions started to appear in the 1990s, driven by Australia’s fast take-up of DVDs. DVDs brought 5.1-channel surround sound into homes for the first time, and lots of brands jumped on board. The original 5.1 systems, with full-sized speakers driven by five-channel amplifiers, were expensive but surround became affordable when Sony unveiled its first compact surround speakers with a separate woofer.

Then in 2005 Yamaha led the pack into soundbars. That first one, the YSP1, wasn’t even called a soundbar because the moniker hadn’t been thought of; Yamaha called it a digital sound projector and charged $2499.

Dynaudio’s Music-7 wasn’t initially designed to be a soundbar, but that’s why it’s so good.

The continuing success of soundbars is largely about rerouting sound from the horrible little speakers in ultra-slim televisions to something kinder to music and most of all, voices. By far the biggest complaint we receive from readers about television audio is that they can’t hear the voices properly. Usually, people are so desperate for a fix that they’ll spend whatever it takes, which explains the success of soundbars priced into four figures.

So what’s the best value premium soundbar in town? Let’s talk about Dynaudio’s $1599 Music-7. There’s a very solid reason for it being such a great soundbar for the money; it isn’t a soundbar. Dynaudio, a very fussy speaker manufacturer, doesn’t make soundbars.

Throughout its design, the Music-7 was intended as a stand-alone unit to reproduce good quality stereo music. Somewhere down the track, someone figured that if it had an HDMI connection with an audio return channel it could be used as a soundbar and I guess that’s why it looks nothing like a soundbar.

For a start at 20cm, it’s way too tall for a soundbar. It will not snuggle under your telly, you’ll have to make room for it. But it’s because it’s big that it sounds so good. There are six decently sized drivers in there, two 2.5cm soft dome tweeters, two 7.5cm mids and a couple of 12.5cm woofers, powered by six 50-watt digital amplifiers. You don’t get drivers this big in the great bulk of soundbars, and no matter what you’re told it is an immutable law of physics that bigger drivers sound better.

Photo: Supplied
So unlike lots of soundbars, the Music-7 reproduces music beautifully; just what it was designed to do in the first place. Nor is it black or silver, the preferred colours of soundbars. Choose between red, blue or two shades of grey. And unlike lots of soundbars, it doesn’t promise stuff it doesn’t deliver, like surround sound. It comes with an app, Wi-Fi, AptX Bluetooth and an optical connection, a USB and a 3.5mm minijack input. And you get a nine-month sub to Tidal. You’ll be aware of the build quality as soon as you pick it up; it’s just this side of eight kilograms.

I listened to lots of music and after dialling down the powerful bass it performed nicely, with crisp, well-defined highs and strong midrange. It fills even very large spaces effortlessly and effectively. But it was when I put on a Blu-ray disc that it blew me away. The post office robbery in Baby Driver is a sensational fusion of action and music; the action, even the gunshots, are in time with a fast, gutsy piece from 1971 by Dutch rock group Focus called Hocus Pocus. Turned up loud, and the Music-7 goes very loud indeed without distortion, it made the sequence an adrenalin pump of excitement.

Bonuses: It’s dead easy to set up and to use, and it looks good.