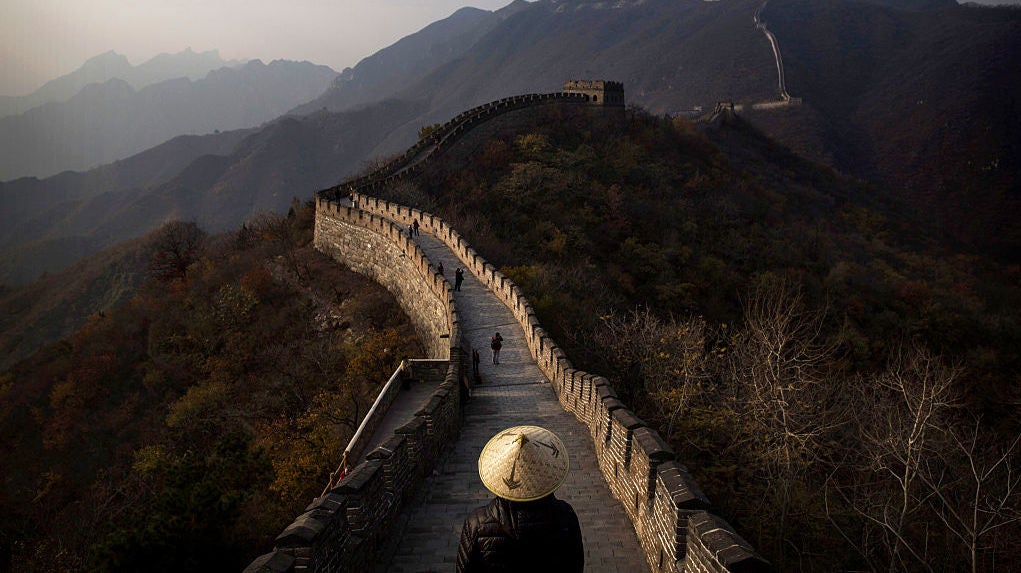 Airbnb, a company that considers everyone’s home to be part of one big hotel, recently decided it might be a good idea to bring cultural heritage sites into its real estate portfolio. But a special offer to spend a night on the Great Wall of China has been cancelled after complaints on social media.


The planned stay on the centuries-old fortification that stretches thousands of kilometres was part of a contest series Airbnb has been running called “Night At”. A one night stay is offered in various exotic locations around the world to a few lucky winners.

In this case, users were asked to write a short response to the questions: “Why is it more important now than ever to break down barriers between cultures? How would you want to build new connections?” Eight essays would be chosen as the winners and the prize would be a one night stay in a customised guard tower, a multi-course gourmet dinner, and traditional Chinese entertainment.

Yesterday, Airbnb released a statement saying the event has been cancelled. Reports emerged over the weekend highlighting online reactions of Chinese citizens to the planned promotion, and some people weren’t happy about it.

In its announcement regarding the cancellation, Airbnb said, “we deeply respect the feedback we have received,” and “We have made the decision to not move forward with this event.”

Users of the Chinese micro-blogging site Weibo had mixed reactions to the stunt. According to translations provided by the South China Morning Post, some were quite negative. Examples included:

“The Great Wall is a historical relic under protection, how can they let it be turned into a common guest house?!”

“So now even ancient relics can be rented to guests for a profit?”

“It’s not like anyone can stay there … the ones selected must have a high quality of character. Airbnb has come to China to promote Chinese culture, if they do it well we can support them.”

In response to the criticism, Airbnb China commented on Weibo that “Protecting historical and cultural relics was the original intention of our activity, and remains a primary consideration,” and it vowed it would “not move a single nail throughout the whole course of this scheme”.

Chinese state media reported yesterday that the cultural commission that oversees the Great Wall had released a statement saying “it was not aware of the event and no approval had been given”. But Airbnb claimed in its release that “there was an agreement in place that was the basis for the announcement of this event”.

We reached out to the company to ask what party it had made an agreement with but we did not receive an immediate reply. The South China Morning Post claims that a partnership was arranged with the state-owned Beijing Badaling Tourism Company, based on remarks by a cultural commission official.

The idea of staying on the Great Wall overnight isn’t something that’s unprecedented; tourists are allowed to camp out if they like. But that’s a bit different than having a special-built suite inside a guard tower along with an entourage of chefs and entertainers.

The fact that Airbnb has bent over backward to spin this as a high-concept meditation on crossing cultural barriers rather than a basic publicity stunt is a pretty good indication that organisers knew they were straddling a thin line. It’s akin to a Chinese company offering lodging on top of Washington’s Mount Rushmore head with complimentary hot dogs and a jug band.

China is an important market for Airbnb. The company took on a Chinese name last year and has seen its bookings more than double. The lax regulatory environment is a dream come true for a disruptive corporation used to fighting angry hotel owners and authorities who say it raises rents and exasperates gentrification.

But local competition from new entrants in the market such as Tujia and Xiaozhu ensures that the future won’t be easy, and it certainly doesn’t want to piss off authorities.

Previous contests in the “Night At” series have included stays in Dracula’s Castle and the Paris Catacombs. Following this debacle, it might want to stick with offerings such as a night in Taco Bell — no culture claims that location with pride.