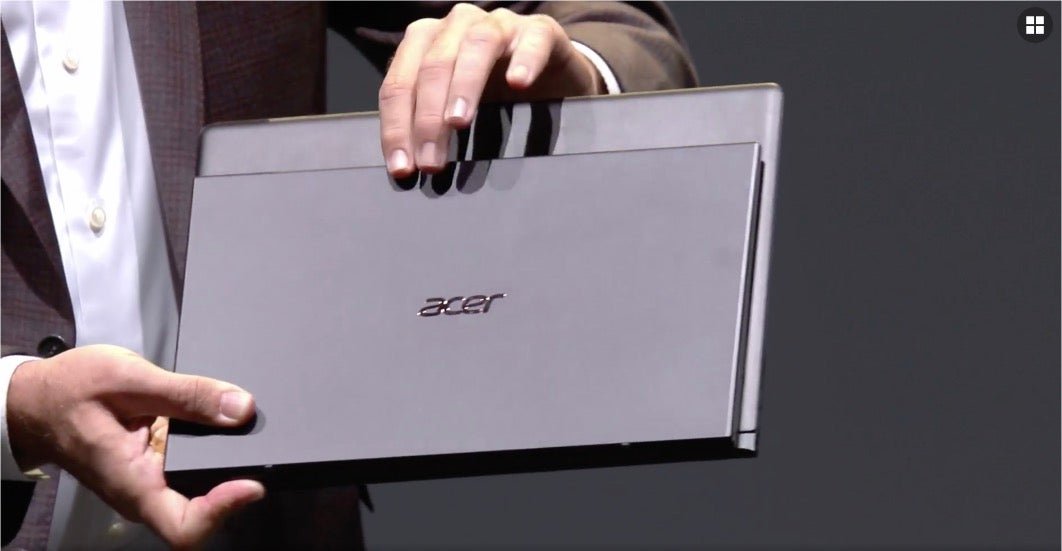 At CES way back in January, Acer announced the Swift 7, claiming it had produced the thinnest 14-inch laptop ever. But sometime over the course of the last eight months, Acer has taken a chisel to the Swift 7, because while the guts are ostensibly the same, the Swift 7 announced yesterday at a press conference in Berlin is a whole lot smaller.

14-inch laptops have, for the most part, been really ignored by laptop makers as they drive to make their 13-inch and 15-inch machines ever smaller. They trim the bezels down to nothing and strive to make those machines as thin as possible while 14-inch laptops keep their big chins and thick midriffs.

And I don’t blame laptop makers. 14-inch laptops still have to pack a 14-inch display inside. They’re never going to be small enough to drop in a purse or slip into smaller backpacks or briefcases. You won’t necessarily be able to put a 14-inch laptop on your lap when riding economy on a plane.

But boy wouldn’t you like to try with this new Swift 7. The device shown off at the press conference is so small it looks like a toy!

If you’re like me and curious about when you can actually get your hands on this device yourself, you’ll have to wait. At this time Acer has not disclosed when it will be available or how much it will retail for. It hasn’t even disclosed specs beyond that 8th-gen i7 CPU.

But looking at previous Swift 7s we can infer that the new product will start at around $US1500 ($2052) and will have a Y-series processor (which Intel just announced this week), and likely a 1080p display.

We reached out to Acer for more details but had not heard back at time of writing. [YouTube via The Verge]