How This Uncrushable Beetle Can Survive Being Run Over by a...

These Wrist-Worn Hammers Swing Into Your Hands So You Feel Virtual...

A turbine at the *sigh* only operational offshore wind farm in the U.S. (Photo: Don Emmert, Getty Images)

The U.S. Needs to Think Way Bigger About Offshore Wind

With its bulbous fenders and vertical grille, the 1936 Ford Model 48 looked like a gangster’s car without a doubt. Something that was used to smuggle liquor during Prohibition. Engaged in police chases and shootouts. Driving it was a blast—and a little bit terrifying as well.

(Full disclosure: I wanted to drive my friend Jessie’s 1936 Ford Model 48 so badly that I asked her and she said yes.)

Maybe I need to go the gym more (I definitely do), but if you’re going to drive one of these things, then you’d better show up with some decent upper body strength.

V8s for the Masses

V8s in the mid-1930s weren’t a new thing. Plenty of luxury manufacturers like Cadillac were already using them, but Ford’s V8 was significant because it was affordable and therefore accessible to the masses, according to the Murphy Auto Museum. As a result, Ford was able to sell 820,000 Model 48s in 1935—an feat made even more impressive considering that the Great Depression was in full swing.

Purchased by her grandfather in the 1960s, the car now belongs to Jessie’s father, but she gets to drive it whenever she wants. It lives in a little shed in Vermont and stays put away all winter. When springtime comes, they pull it out and start it up for the season. The maintenance is “always ongoing,” she told me.

The first thing I noticed about the car is how large it is. I know we complain about cars being large today, but this was a different kind of large. It’s not terribly long, it seemed more imposing than other cars because its hood and roof are so tall. 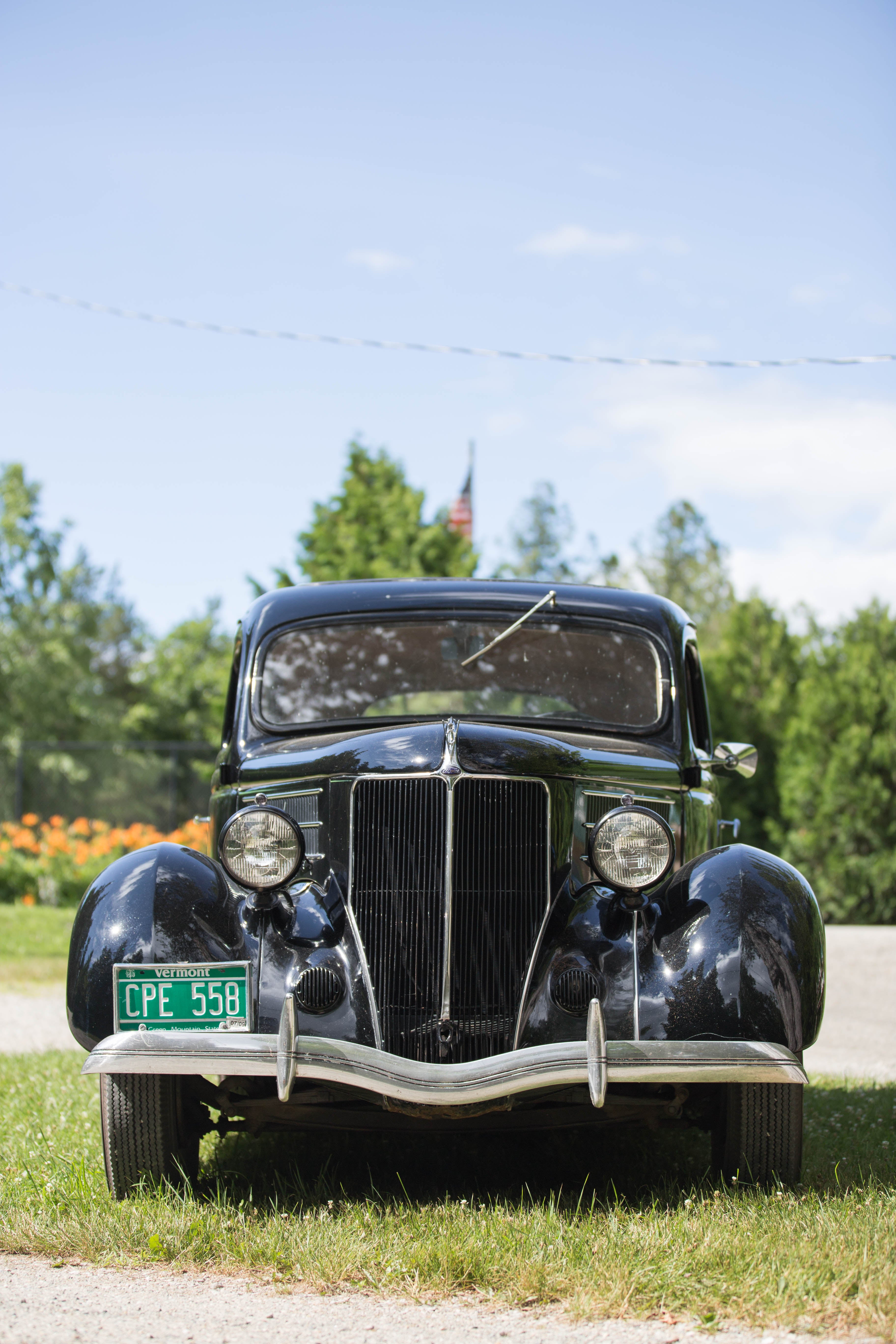 A tall, vertical grille is also not something that you see at all in modern car design because it’s not aerodynamic and, as the fronts became sleeker and sleeker, the car’s headlights and bumper just kind of got absorbed into one facia. It’s kind of a shame, because independent lights, bumpers and grilles afforded vintage cars wonderful variations in shapes, sizes and angles.

A Laundry-List for Starting

Anyway, to get the Model 48 started, you have to:

The Model 48 has a three-speed dogleg gearbox, and it took a little practice to remember that first was to the left and down, instead of to the left and up. That part was very neat. The shifter, long and thin, felt more like wielding a poker than operating a transmission. But the gates were well-defined and using second and third gear was a breeze, as all you had to do was slide the shifter up and down along the gate housing. 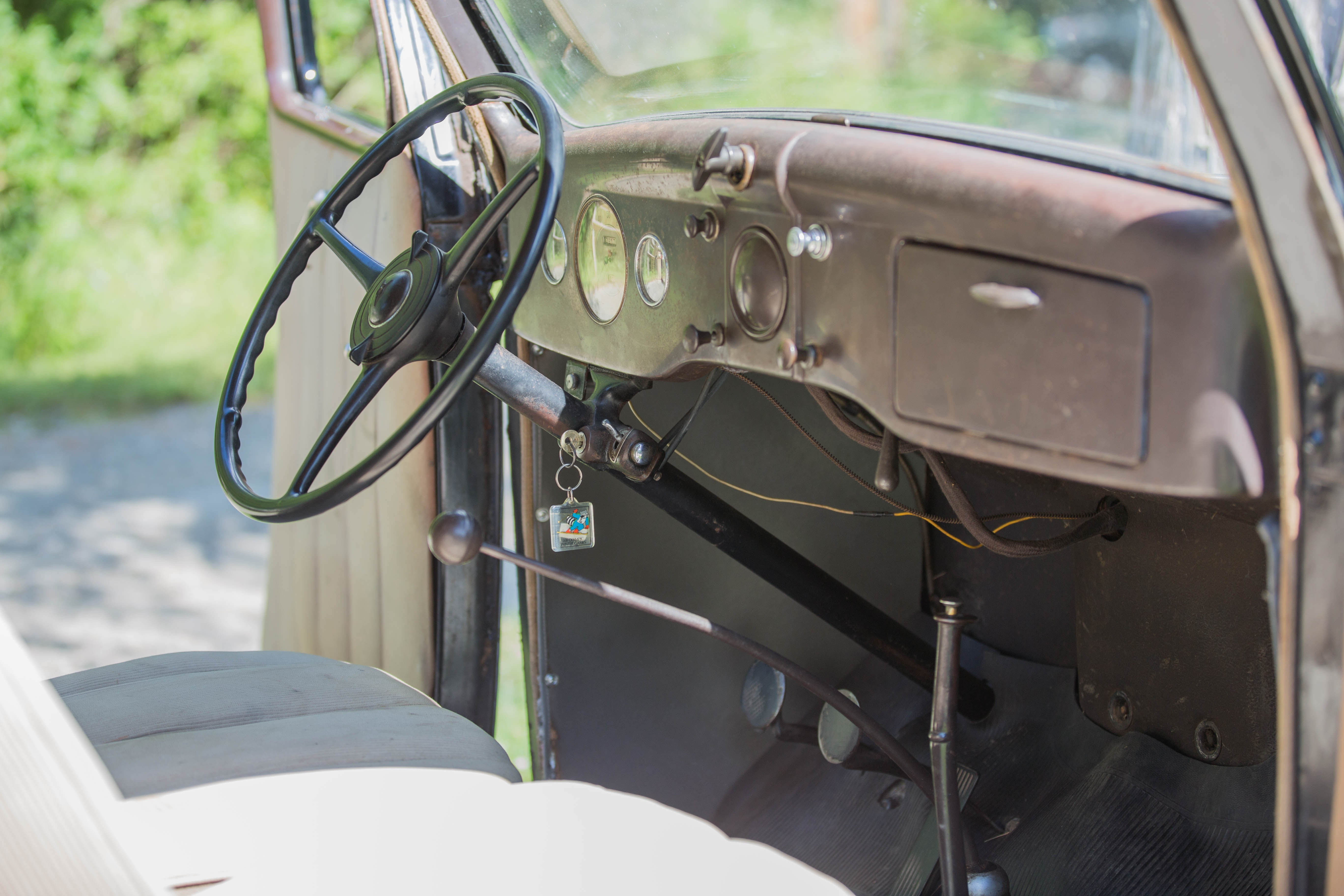 The clutch, surprisingly, didn’t offer very much resistance and caught up high, which gave the car a peppy and energetic feel. It wasn’t zippy by any means, but the high engagement point made me feel like there was less room for error and stalling. This was great, as I was terrified of stalling because then I’d have to repeat the process of starting all over again.

It would definitely get easier the more times you did it, but I was still left marveling at how easy modern cars start now. You don’t even need to turn a key most times. You just push a start button and you’re good to go.

In a way, that simplicity almost feels like it’s doing a disservice to the physical action of starting a car, of activating a little motor that would light some fuel on fire and then control that energy to run an entire engine. Sometimes you had to adjust the air and fuel mixture yourself, even. Starting an engine was an utter miracle not that long ago. You forget that with modern cars.

Lift Weights Before You Drive One of These

Off we went, trundling along a dirt path, through some lush trees. I admired how the suspension actually felt quite comfortable and certainly not something 82 years old. I wouldn’t call it smooth and it does jostle you a bunch, but that was part of the fun. The car felt like it was truly interacting with the road surface.

As we approached a stop, I remembered what I had learned in the Jaguar XK140: Clutch in, stand on the brakes as hard as you can and as far in advance as possible. Gradually, the heavy body came to a stop. I let out a sigh of relief and toggled the shifter back down into first. It wasn’t so hard.

In fact, the only hair-raising situation happened when I made a left-hand turn onto a road with a fat ditch on the right side. I’ve driven other cars with unassisted steering before and assumed the wheel would turn just fine as soon as the car got moving.

Such was not the case with the Model 48. 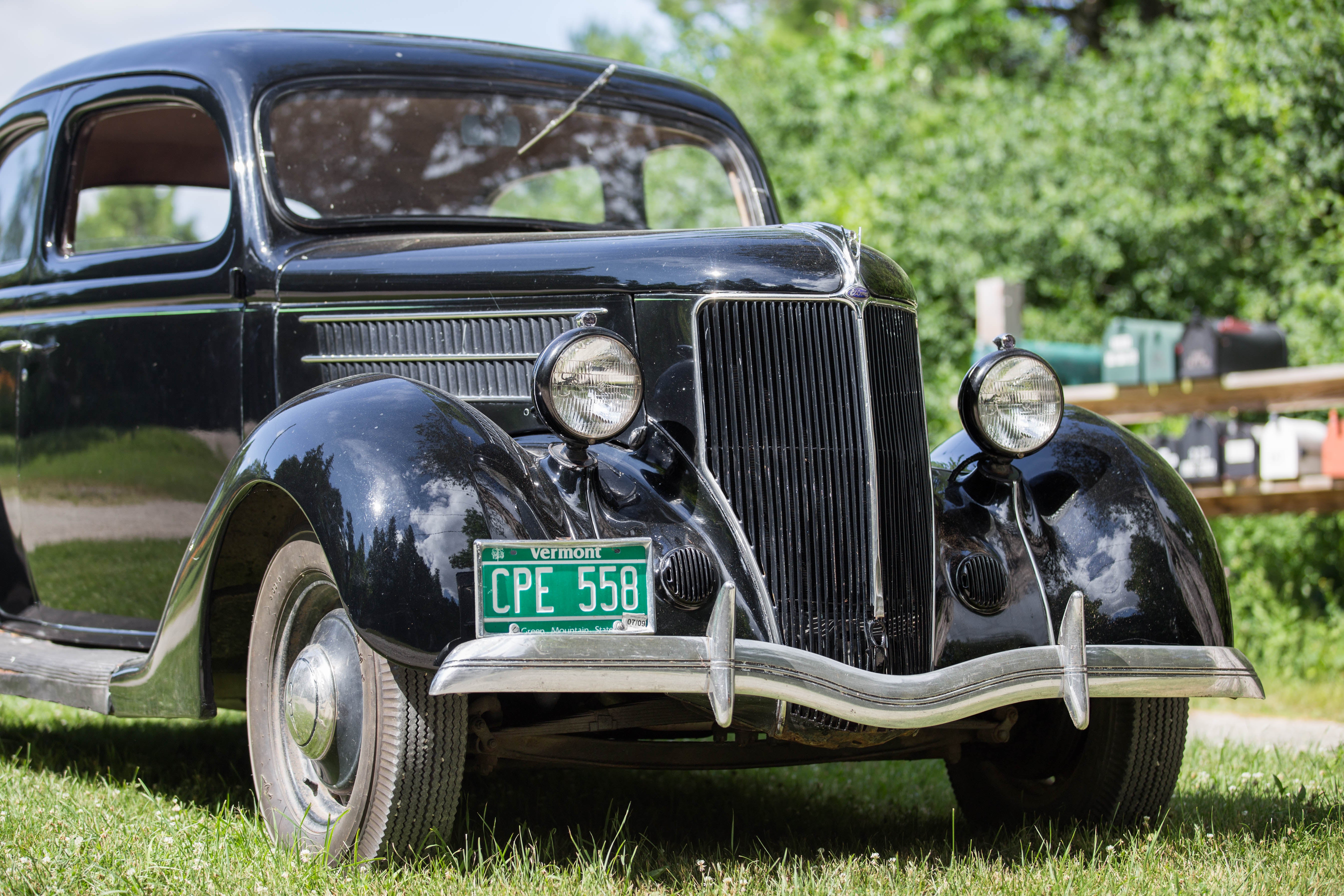 Even though we had already started going, the wheel wouldn’t turn. I had to shift my torso in my seat, squeeze the wheel tightly in my left hand and yank it downwards to initiate the turn, feeling my abdominals working. And then, as we completed the turn, the skinny steering wheel slipped out of my weak-arse fingers. The entire car lurched in the direction of the ditch. Fuck!

I seized the wheel again and ripped the car straight, shouting incoherently from a combination of effort, terror and panic. In the passenger seat, Jessie cackled with delight.

Soon, we reached the house once more. I threw my full weight on top of the brake pedal, bringing the Ford to a stop on the grassy patch and shut off the engine. Panting slightly, I thanked Jessie profusely for letting me drive the car. She takes it to work sometimes, some six miles away. It sounds exhausting. I don’t know how she does it.

I needed to take some more photos of the Model 48, so Jessie said that she would just leave me be and come back for it later in the day. I looked inside; the key still dangled from the ignition. I pointed this out.

“Nobody’s going to steal it,” she said, like I was the crazy one. “It’s not like anyone knows how to start it up.” 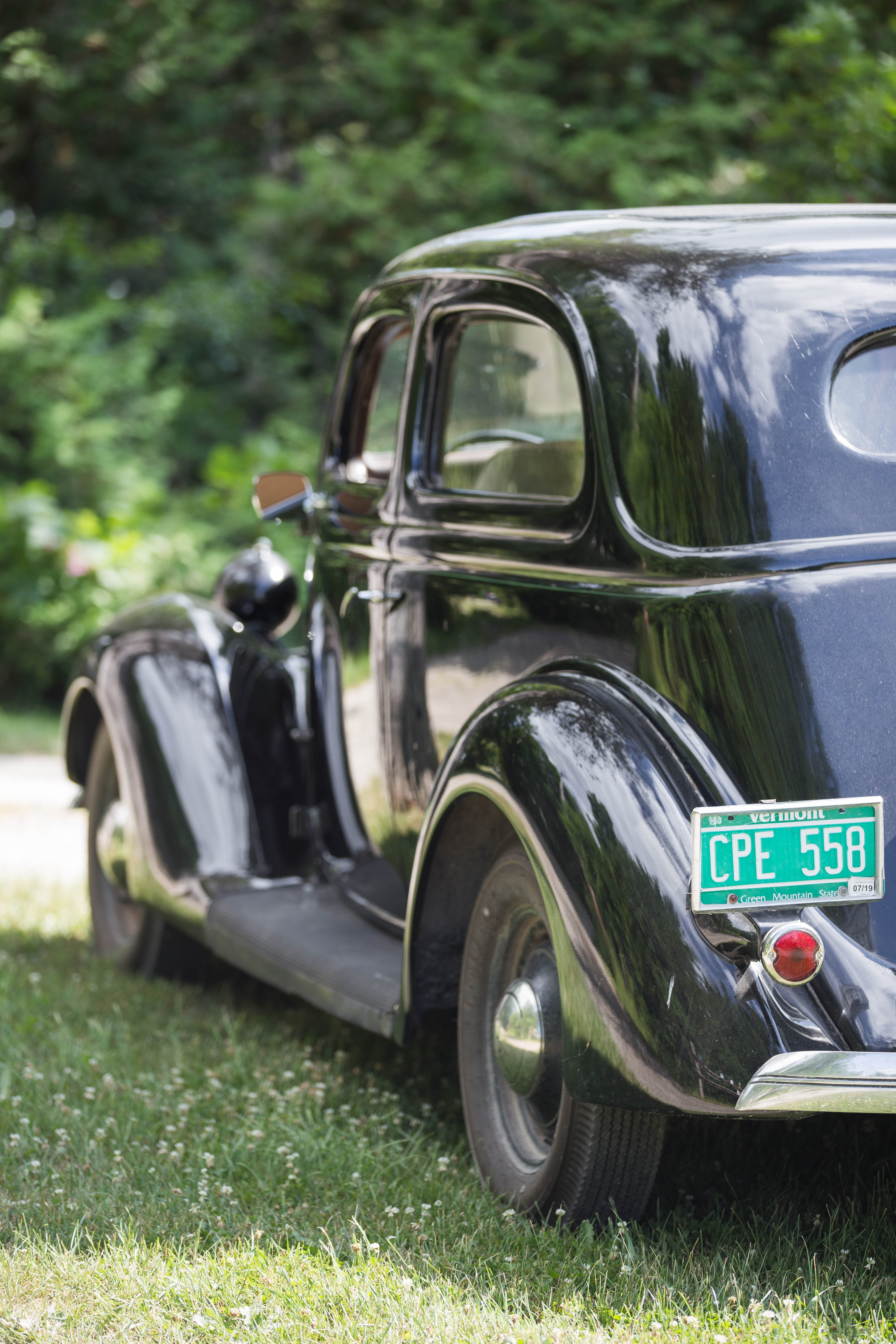 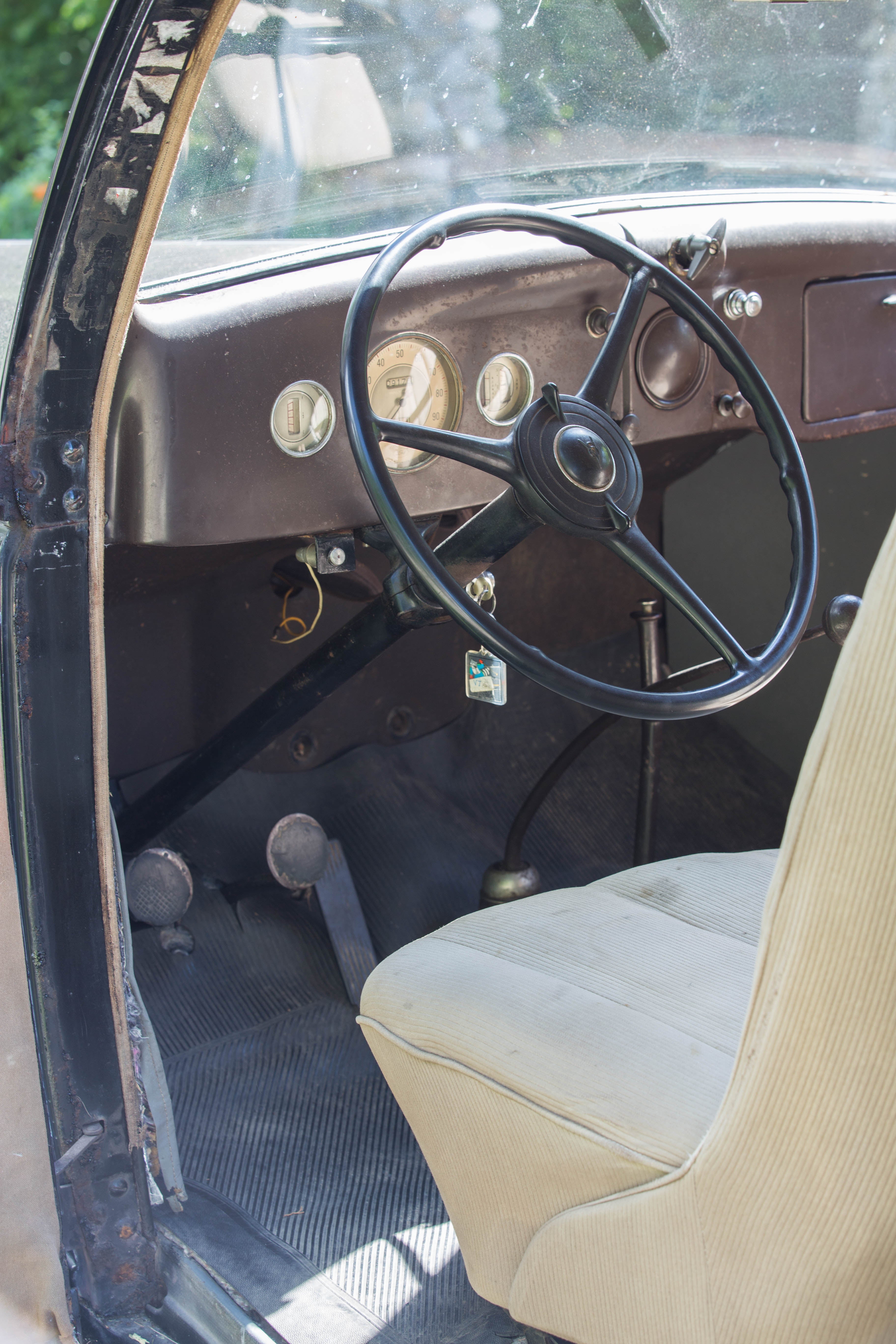 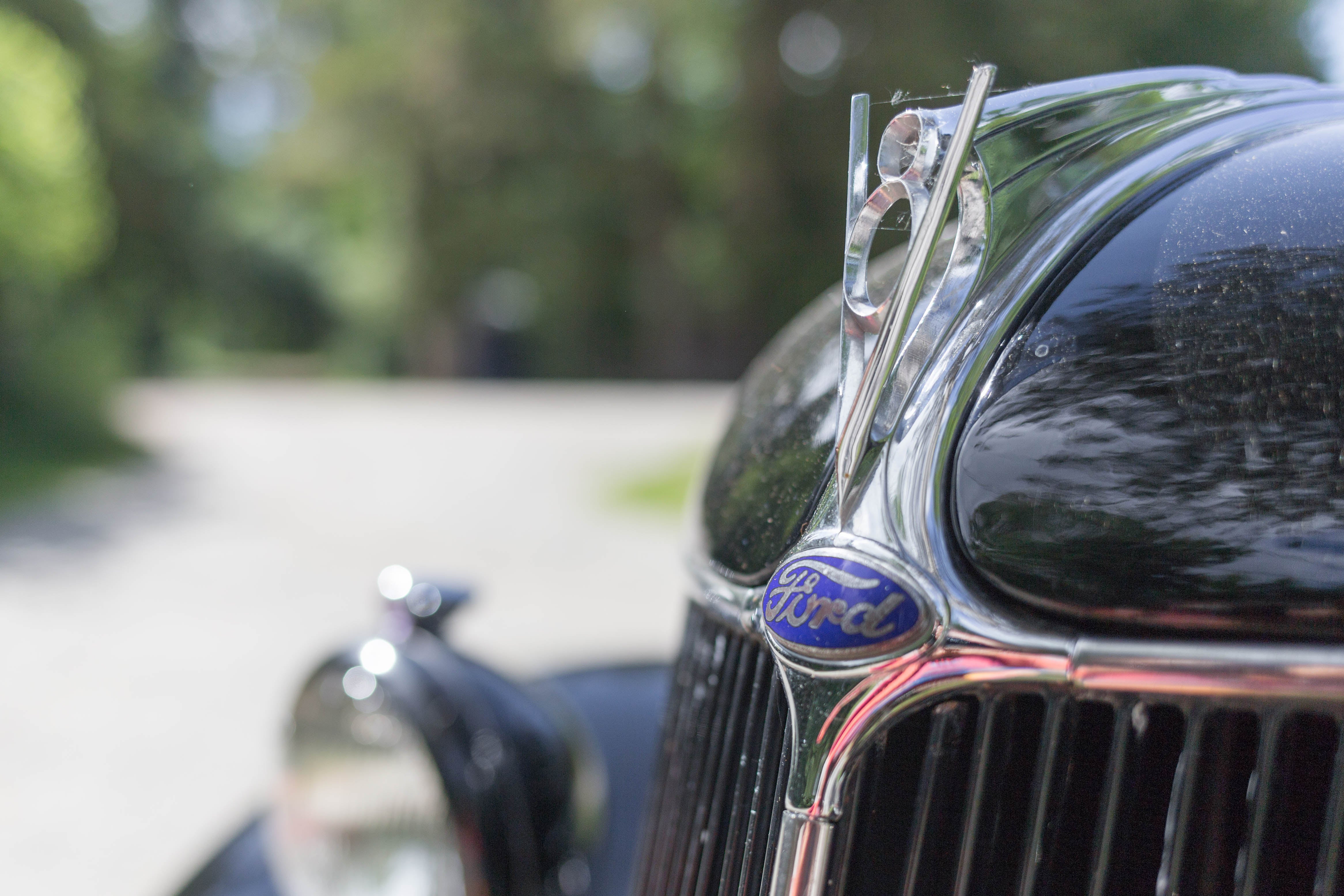 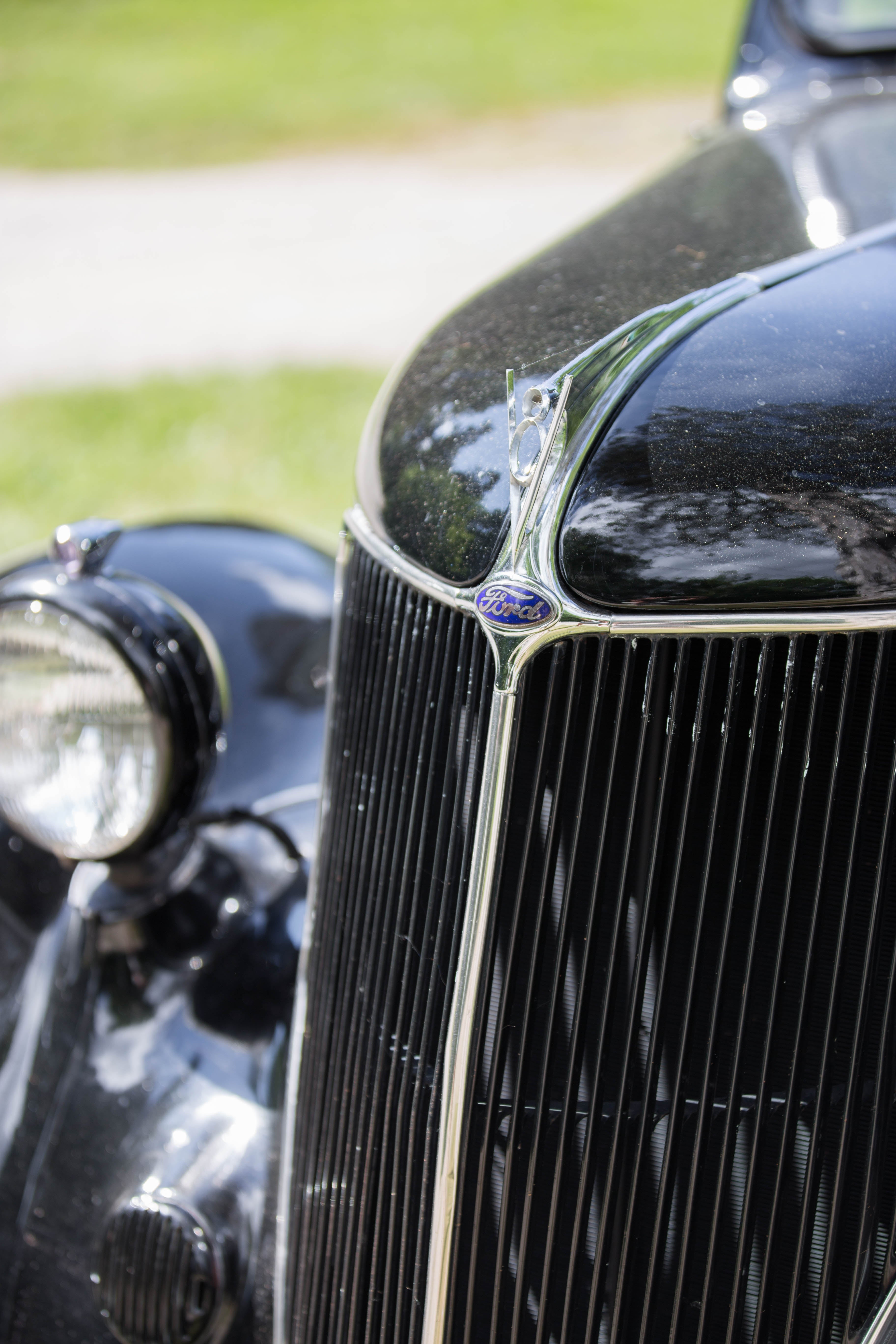 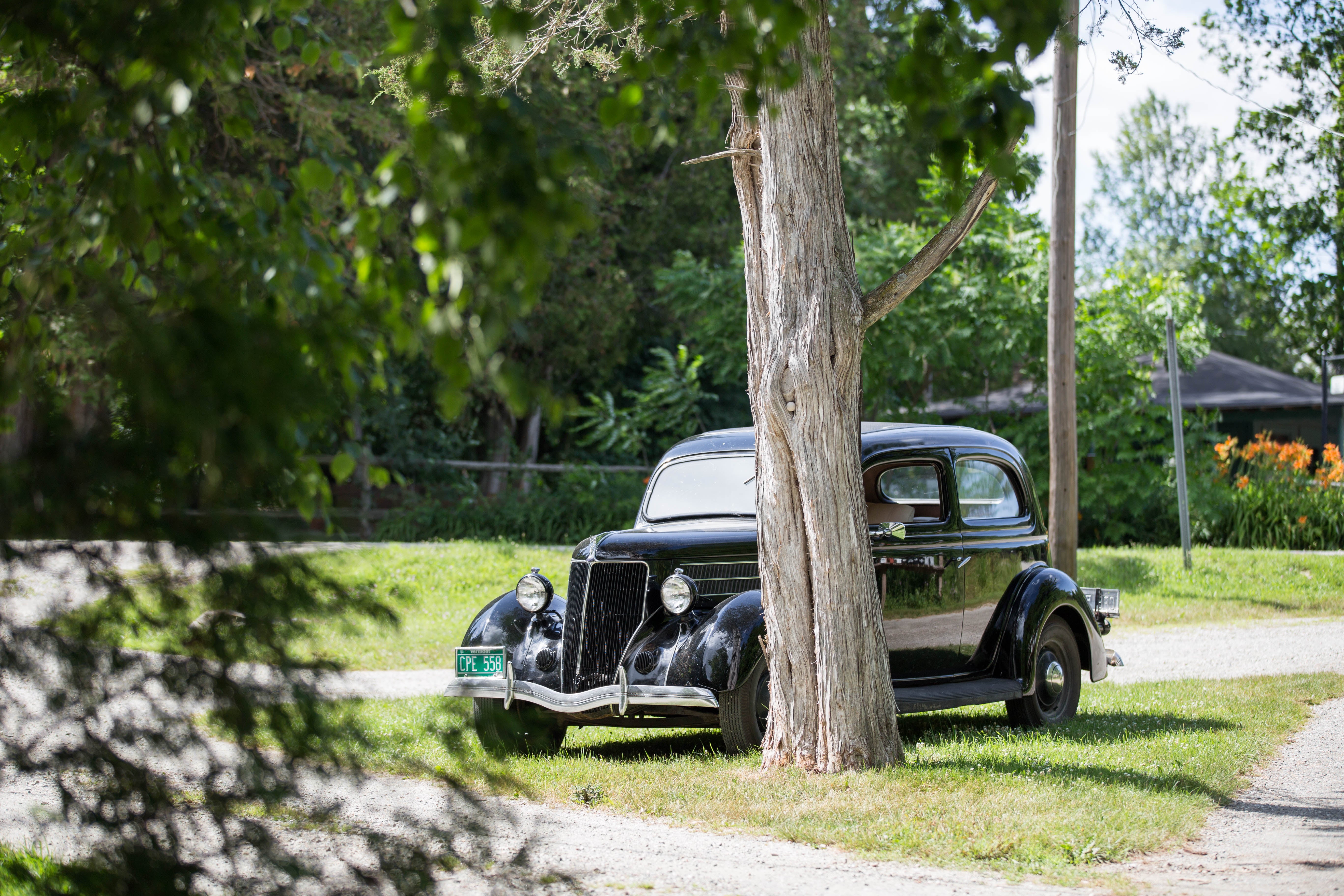 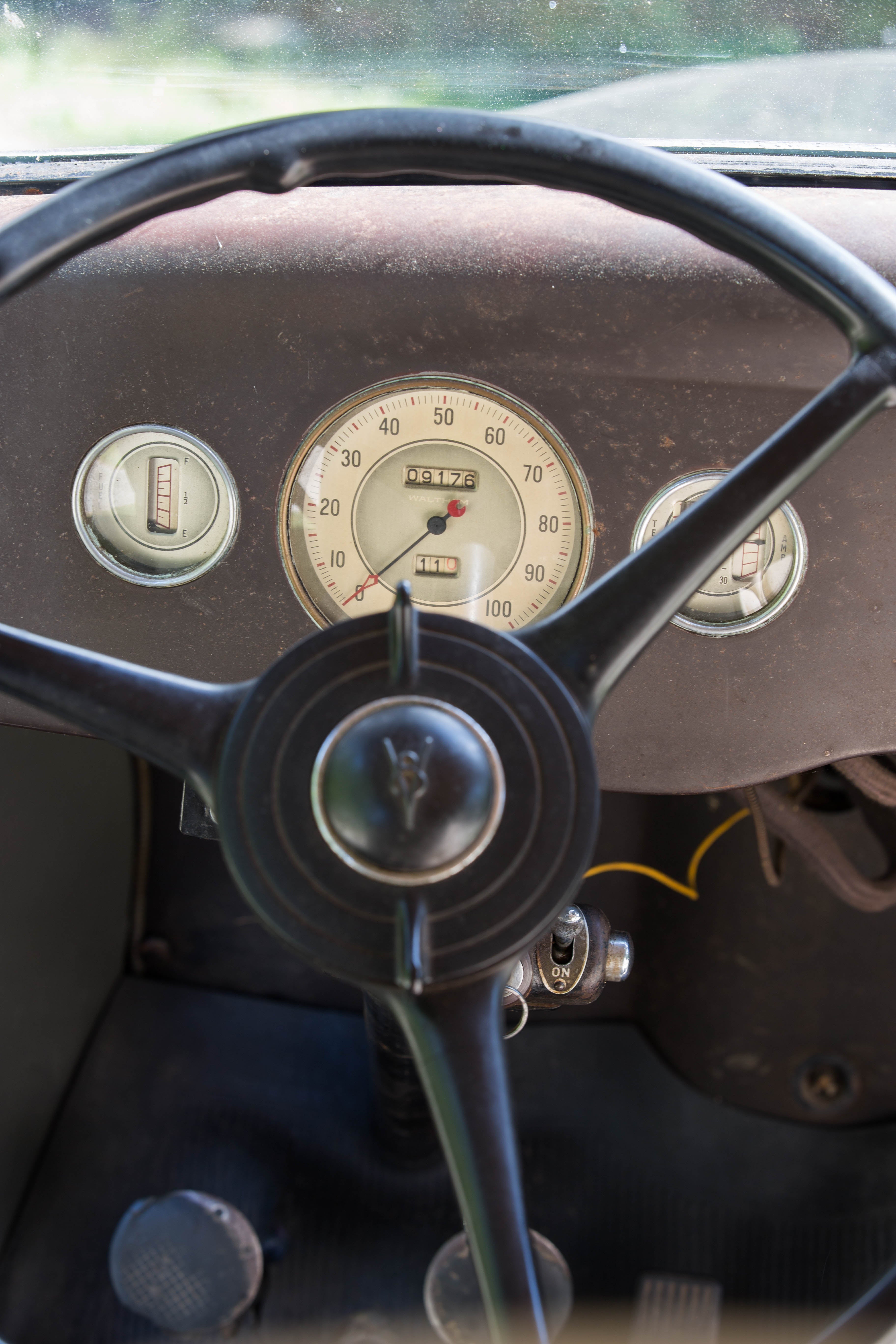