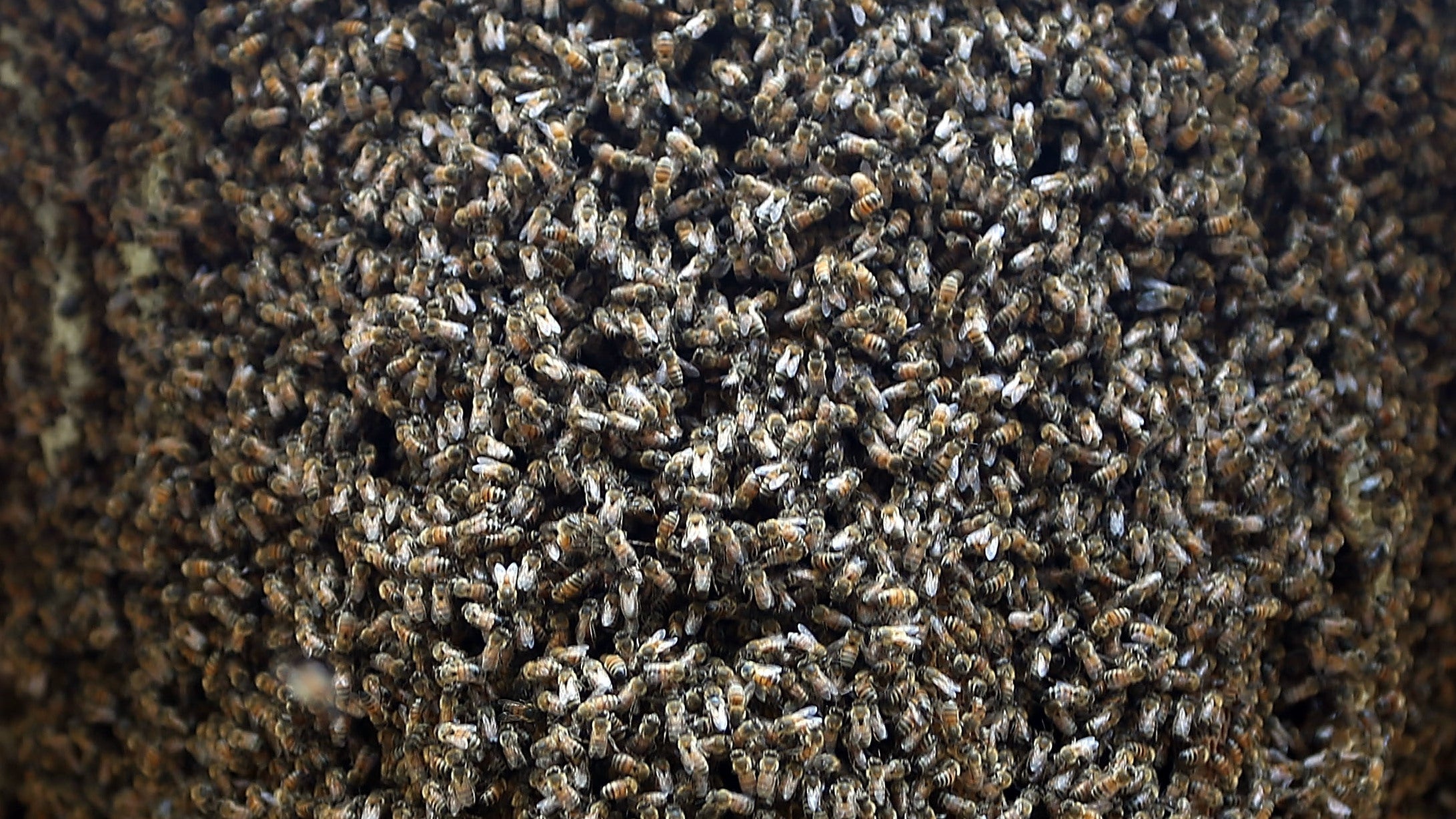 A woman in Lake Forest, California, was hospitalised after she was attacked by a swarm of bees on Monday.


According to local American ABC and Fox affiliates, the woman is a housekeeper in her 50s who was working at one of her clients’ homes when she was attacked. The homeowner said the housekeeper went out to a car to get her mop and that’s when the homeowner heard the screaming. The woman was stung about 200 times.

Orange County Fire Authority (OFCA) Captain Tony Bommarito told Gizmodo that when firefighters first got the call, they thought it was simple a bee sting so they weren’t properly prepared.

When they arrived at the scene, they found the woman engulfed in bees. “Her face was completely covered with bees,” Bommarito said. “She was conscious, but lethargic and probably overwhelmed with the bee stings.”

One of the OCFA paramedics, Ryan Wilson, told local NBC affiliate that the bees “were almost in clusters… maybe the size of a golf ball all over her”.

When firefighters realised the situation was more severe, they decided not to put on protection gear. “They made the decision — rather than take the time to do that — to grab that lady and get her out of there because she was head to toe in bees,” Bommarito said. “So they actually made a great decision.”

The responders used carbon dioxide spray to repel the bees, but many bees stayed latched onto her body even as she arrived at the emergency room.

The owner of the home where the incident took place, and four firefighters, were also stung. Two of the firefighters were treated at a hospital and released.

According to a local American ABC affiliate, bee experts were called to the scene and found a 5kg hive inside a gas meter on the property. They estimated the hive was home to about 30,000 to 80,000 bees, and had been there for about six months.

Bomaritto said he spoke with the woman’s son last night, and he said she was in critical condition but expected to survive.