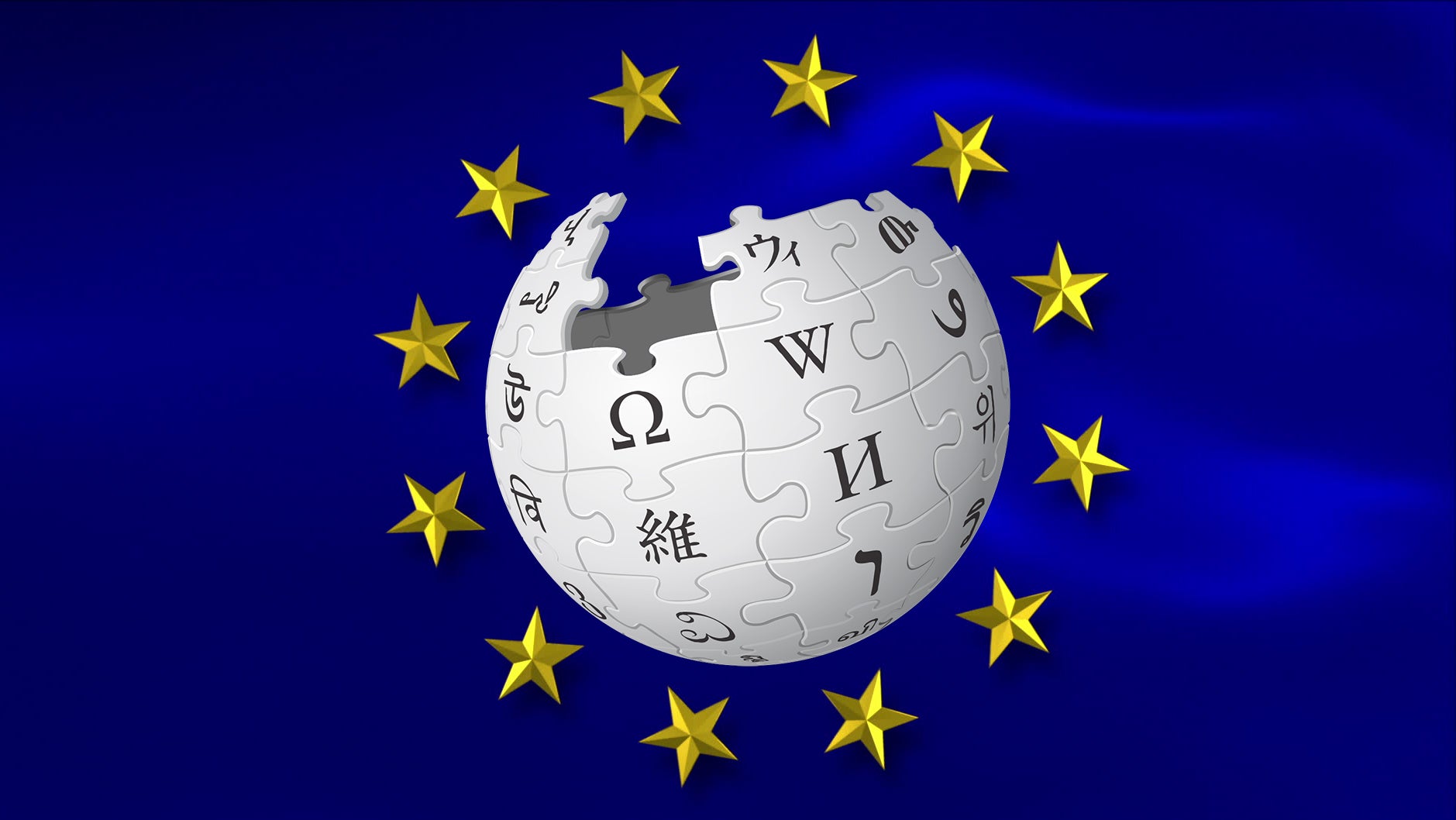 Ahead of the final vote this week, Wikipedia Italy has joined protests across the continent by blocking users from viewing its pages.

The EU Copyright Directive is the first update to European copyright laws since 2001 - making it the first time lawmakers have grappled with copyright since the internet became entwined with every facet of our lives.

Some of the most prominent technology experts from around the globe have taken issue with several key items in the legislation.

In June, Jimmy Wales, the founder of Wikipedia, joined more than 100 tech pioneers to urge European Parliament to reconsider voting in favour of the new regulations. Other signatories on the letter included Vint Cerf, one of the "fathers of the internet", and Tim Berners-Lee, the inventor of the World Wide Web.

Among the issues raised by the bill is a vague requirement in Article 13 that requires popular websites - estimated to encompass the top 20 per cent of sites - to utilise a content filtering system that prevents copyrighted works from ever being posted to the platform.

The other key issue is Article 11, also known as the "link tax". In an effort to push readers back to the homepages of news organisations, lawmakers want to charge websites fees for linking to news and using snippets of text from articles.

Both articles have broad implications for upending the way the internet functions as we know it today, but activists have warned from the beginning that online encyclopedias which rely on fair use practices would have their very existence threatened.

On Tuesday, Wikipedia Italy set all of its pages to redirect to a statement raising awareness for the upcoming vote that (barring some legislative wrangling) would make the copyright directive law.

The statement reads, in part (emphasis theirs):

On July 5, 2018, The Plenary of the European Parliament will vote whether to proceed with a copyright directive proposal which, if approved, will significantly harm the openness of the Internet.

The directive instead of updating the copyright laws in Europe and promoting the participation of all the citizens to the society of information, threatens online freedom and creates obstacles to accessing the Web, imposing new barriers, filters and restrictions. If the proposal would be approved in its current form, it could be impossible to share a news article on social networks, or find it through a search engine; Wikipedia itself would be at risk.

As we've previously explained in detail, one of the biggest problems with the legislation is that it's sloppily written and doesn't offer enough specifics on how its requirements would be implemented.

For instance, its stipulation that websites take appropriate measures to prevent copyrighted material from appearing on their service suggests "effective content recognition technologies" be put in place to monitor uploads. It doesn't explain what that means, forcing experts to assume that every platform will require a YouTube-style algorithmic filter that flags user-uploaded content before it appears on a website.

In response to fears that the bill would make it impossible for online encyclopedias to operate, legislators attempted to carve out an exception specifically for those platforms. Poor legal wording caused activists such as the Electronic Frontier Foundation to outline the reasons why encyclopedias would still be at risk.

Other protests are expected over the next two days ahead of the vote, and citizens of the EU are urged to contact their representatives to voice their disapproval.

The RG350 Is The Perfect Portable Retro Gaming Machine

Andrew Liszewski 27 Feb 2020 6:15 AM
Thanks to some dedicated coders and hardware developers in China, fans of handheld gaming no longer have to rely on Nintendo to get their fix. The Anbernic Retro Game 350 might not play the latest and greatest titles like the Switch or 3DS do, but when it comes to classic gaming, the RG350 delivers the best experience yet thanks to a pair of near-perfect analogue joysticks.