The Tesla Model 3 Can Drift 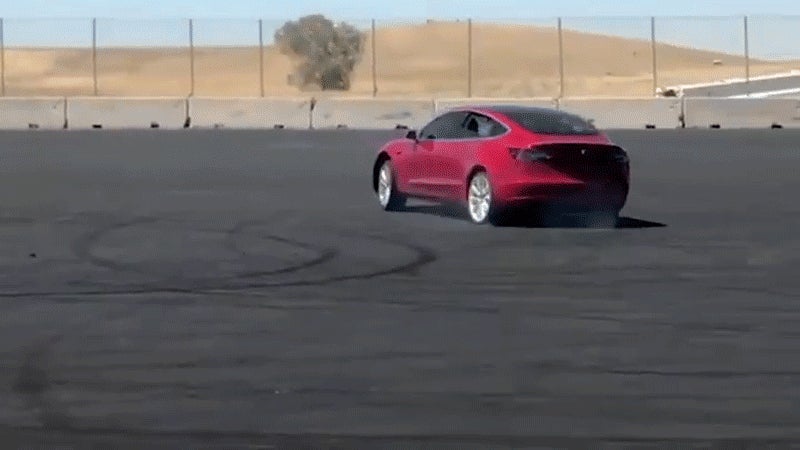 Ever since the Tesla Model 3 debuted we've been wondering a nagging question. Questions about its production rate, build quality, and worker conditions were all mere breezes rustling past our ears compared to The Big One. The Thing On All Of Our Minds. Can the Tesla Model 3 drift? It turns out that yes, yes it can.

We should note that this is the Model 3 Performance, uh, model, which Tesla says will do zero to 60 mph in a mere 3.5 seconds. That sort of acceleration used to be reserved for the realms of Ferraris, Lamborghinis, and maaaaaaaaybe a Mercedes CLK GTR on an exceptional day.

But more importantly, when Tesla said that one of the two motors in the car would be for speed, and one of the motors would be for range, it appears as if Tesla did the right thing and put the big one in the back. Either that, or Tesla put in a drift mode. Either one, or both of those situations are plausible.

And while all of this drifting is extremely good, we now have another question.

Why did the driver need the back windows down?