Sennheiser's HD820 Headphones Are The Future Of Music For Purists

The first thing I listened to on Sennheiser’s $3500 HD820 headphones, connected through a balanced Pentaconn plug to the company’s $3800 HDV820 headphone amplifier, was Ginette Neveu playing the Sibelius violin concerto with the Philharmonia Orchestra conducted by Walter Susskind.

This turned out to be significant. It’s a recording made in 1946 and my copy was remastered from the original 78-rpm records.

Now these headphones have a pretty aggressive top end, and never has it sounded more obvious that this recording was taken from 78s. My own headphone/amplifier combo is a bit more sympathetic, mellowing the sound somewhat, but the Sennheiser rig made no bones about it; you want something with a scratchy high end? Cop this. 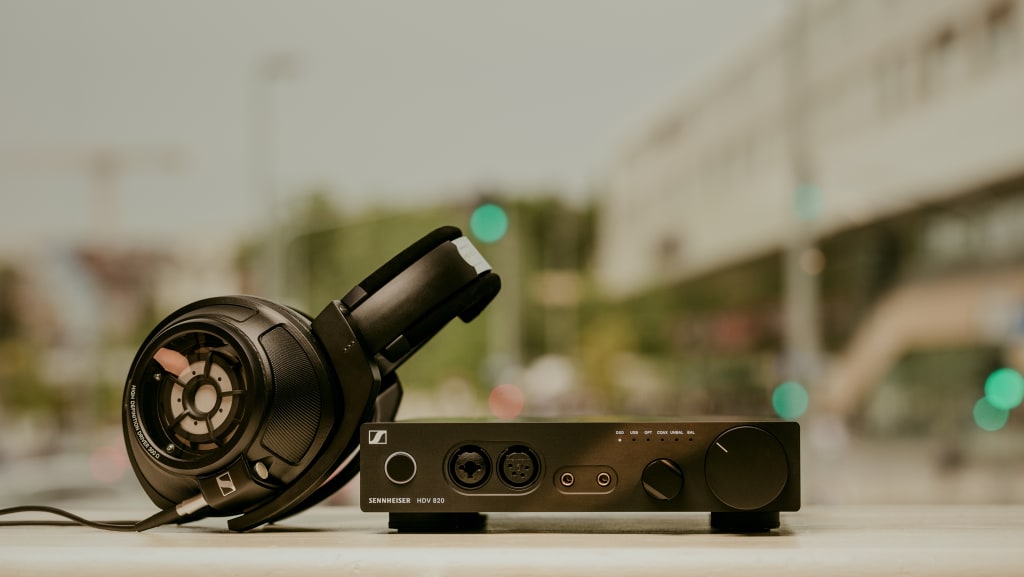 It isn’t a bad thing, it speaks of accuracy and I’ve always been big on musical accuracy. But I don’t want to listen to this recording again anytime soon. I brought the smartarse Sennheisers back into line with the Shostakovich fifth and some solid Rachmaninov, that’ll teach ‘em.

You may now be asking what a balanced Pentaconn is. I met my first late last year in an initial encounter with this headphone amplifier. It has two mysterious 4.4mm sockets on the front. Pentaconns. Sennheiser believes these are the future for balanced headphone outputs, the interesting thing being that at that time the company made no headphones that actually plugged into them. Now, with the HD820s, they do.

The amplifier will also accept headphones with a balanced XLR plug or even a conventional 6.3mm plug. I tried the headphones on both the Pentaconn and the XLR and I couldn’t hear any differences, so why bother with a new plug?

It’s all about real estate. The XLR is a very large plug going into a very large socket, while the Pentaconn is only fractionally bigger than the 3.5mm headphone socket on your phone. So Pentaconns open the door to balanced connections on phones and portables. These are much sought after by purists because they reduce susceptibility to electromagnetic interference that causes unwanted noise.

Following the Shostakovich (played loud) I opted for something a bit gentler. Karl Jenkins is a heavily moustachioed Welsh composer, a perfectionist with his recordings and a master of using voices as instruments. His Armed Man mass is a deeply atmospheric work made intensely more-so by the depth and definition of the Sennheisers.

If music transports you this rig gives you wings. I wandered down from the man cave 67 minutes later and my wife asked me what I’d been doing. I told her I’d been trudging through the muddy battlefields of Europe looking at dead bodies.

It’s impossible to do spot listenings with this equipment, once you start you’re hooked for at least an hour or so, discovering depth and body and nuance you haven’t heard before. I can always tell when equipment is really good; it’s when I come away from a listening session thinking I’m the luckiest bastard in the world.